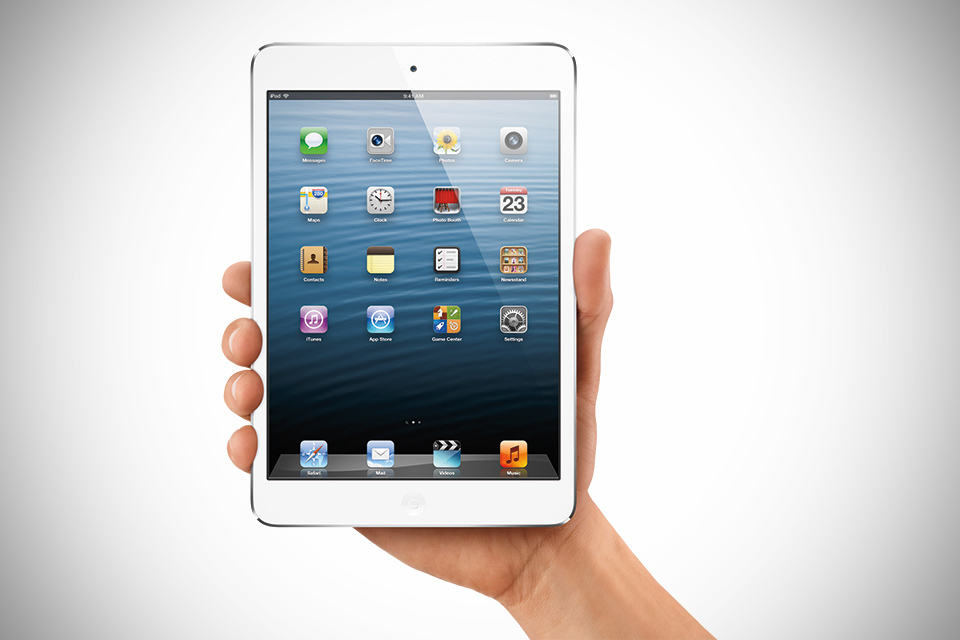 with a tag line “we’ve got a little more to show you”, you probably already guessed something small in a big scale is going to happen. well, here is it and it is rumor no more: the iPad’s smaller sibling the iPad Mini is finally a reality. sporting a beautiful aluminum and glass design (with the same diamond cut edge as iPhone 5 – oops), the Mini is a mere 7.2mm thin and tips the scale at just 308 grams (0.68 pound). highlights include a 7.9″ LED-backlit multitouch display with IPS technology with 1,024 x 768 resolution (same as iPad 2), a dual-core A5 chip (not as what we would have liked but it will do), a 5.0-megapixel backside illuminated iSight camera with Autofocus and full HD 1080p video recording capability, a 1.2-megapixel BSI FaceTime HD camera with 720p HD video and capable of FaceTime video calling over WiFi or cellular network, a built-in 16.3-watt-hour rechargeable lithium-polymer battery for up to 10 hours of web over WiFi, video or music playback, and the usual Apple’s standard including Lightning connector, 3.5mm stereo headphone jack, built-in speaker and microphone, Bluetooth 4.0, three-axis gyro, accelerometer, ambient light sensor, WiFi, digital compass, A-GPS and GLONASS and cellular for the WiFi + Cellular model. as you might have guessed by now, the Mini will be available as WiFi and the WiFi + Cellular (LTE compatible) model and comes in three capacities: 16GB, 32GB, as well as 64GB. choice between Black & Slate or White & Silver, the iPad Mini with WiFi models will be hitting the stores starting Friday November 2 with a SRP of $329 for the 16GB model, $429 for 32GB model, while the 64GB $529. pre-order opens on the October 26, 2012. as for the WiFi + Cellular models, it will be available through carriers.