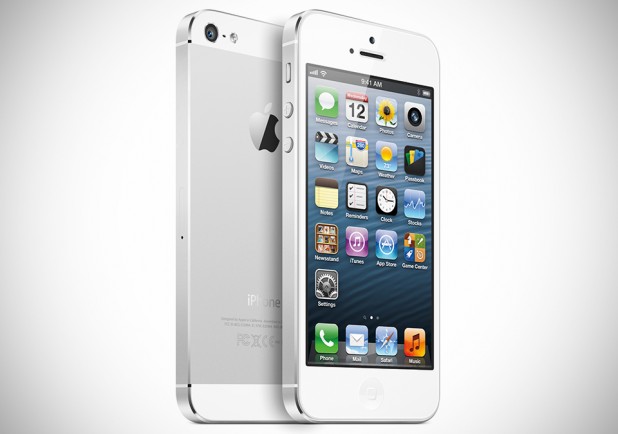 after much buzz and anticipation, the Apple iPhone 5 is finally here and it turns out to be what you have seen flying around in recent months. though sporting an uncanny resemblance to its predecessor but it is now 18 percent thinner, 20 percent lighter, and most importantly (or not) it now sports a taller 4.0-inch Retina display which allows for yet another row of apps. other features include an Apple-designed A6 processor that is said to be up to two times faster than the A5 chip, an aluminum and glass chassis, a newly developed dock connector dubbed as Lightning connector, 4G LTE capable with dual-band 802.11n wireless connectivity, an improved 8.0-megapixel iSight camera with panorama mode, a 1.2-megapixel FaceTime HD camera capable of HD 720p video recording (up to 30 fps), ability to grab stills from video, three built-in microphones – one on the front, one on the back, and one on the bottom – and last but not least, an all-new earphones known as EarPods to go with it. and oh yes, the audio headphone jack is now located at the bottom. bummer? perhaps to some. available in 16GB, 32GB, and 64GB capacities, the new iPhone 5 is set to available for pre-order on September 14th with shipment expected to be from September 21st. as for the pricing, (in U.S.) it will be $199 for the 16GB, $299 for 32GB, and $399 for the 64GB model. take a closer look at the new iPhone 5 in the gallery below.