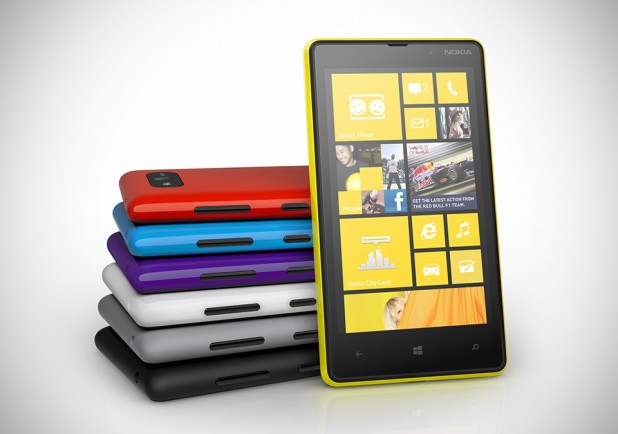 the buzz surrounding the new iPhone and the earlier announcement of the Nokia Lumia flagship Windows Phone 8 had almost drown out the lesser Nokia Lumia 820, also a Windows Phone 8. we are guilty of ignoring it and honestly, we didn’t give it much thought until we took a closer look at the press release and the attached images. it was only then that it strikes us that the Lumia 820 is in fact a pretty attractive phone. though positioned as a mid-range smartphone, the 820 is certainly not a strip down version of the 920. for starter, it is equipped with the same capable 1.5GHz dual-core Snapdragon S4 processor and has the same amount of RAM (1GB, to be precise), as the the current top-of-the-line Lumia 920. separating the two handsets are features such as a smaller 4.3-inch ClearBlack OLED touchscreen display with 800 x 480 resolution (no IPS here), a lower 1,650 mAh capacity battery, a 8.0-megapixel AF shooter with Carl Zeiss optics and dual LED flash, full HD 1080p video recording at 30 fps, a front-facing VGA camera, and an onboard storage of 8GB, expandable via microSD card. also missing from the 820 is the integrated Qi wireless charging, instead, it will need the aid of a Qi-compatible case for wireless charging. well, at least it does support wireless charging anyway. the Nokia Lumia 820 will be available later this year in a variety of hues, including red, yellow, grey, cyan, purple, white, and black. specific roll-out dates and pricing will be announced when the actual launch date draws closer. in the meantime, do click past the jump for a few larger views.