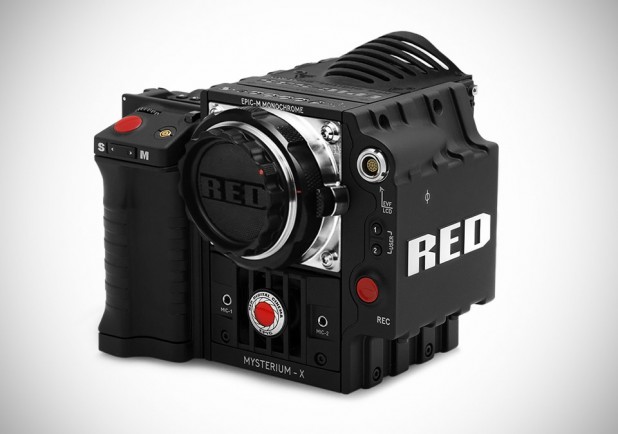 some manufacturer don’t just name their products for the sake of naming. in fact, some folks are dead serious about what their products are capable of, and thus they named their products with uber-confident model names. one such product is the RED EPIC-M. we read about this epic camera more than a year ago and now it is back in all its monochrome glory – in the form of an obviously-named RED EPIC-M Monochrome. though costing a whopping $42K for just the ‘brain only’ (aka body only), it is still cheaper than its chromatic counterpart and why shouldn’t it be? it is after all, a pro cinema camera that’s void of color. we are not incline to call EPIC-M as the predecessor as technically, they belong to different field of cinematography. features include a newly-developed Mysterium-X Monochrome Sensor, native ISO of 2,000, a low pass filter for higher resolution, plus an increased net resolution made possible by the removal of the debayer process. oh, and the hefty sticker actually includes an upgrade to Dragon Monochrome Sensor, scheduled to be available in Spring 2013. we heard that David Fincher of the Fight Club fame, is currently using it for his latest project. so we suppose it must be really awesome. hit the jump for some larger views.