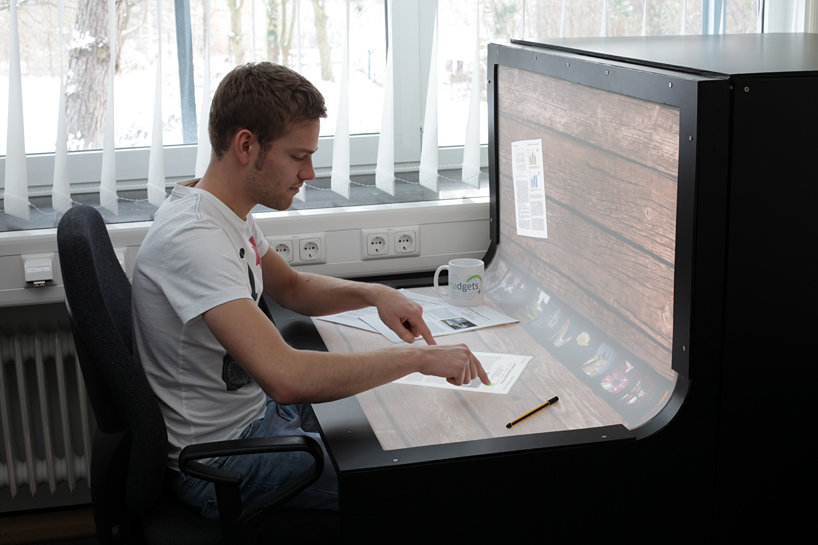 even in this so-called digital age, our workspace is far from being digitalized and up till now, there isn’t yet been any real breakthrough. you know, as it is, we are still stuck in the monitor, keyboard and mouse era but the BendDesk developed by the Media Computing Group at the RWTH Aachen University may just gives us an insight as to what lies ahead of us. instead of having a vertical display along with input peripherals on a horizontal surface, the BendDesk combine the two separate spaces into one, which allows continuous interaction between both spaces. the BendDesk is essentially a desktop computer where the entire desk itself is the computer. this computer consists of a huge curved multi-touch display that offers user a two-in-one spaces to manipulate their digital documents, photos, or videos using multi-touch gestures. it is an interesting concept but it does however, still require users to import their documents or photos into it somehow. though we are reasonably impressed by the organizing photo demo done by the research center. we love the idea but just not sure how its literal application could be, except for an impressive photo organizing feat. slide past the jump for a few more look and a video of the BendDesk in action.