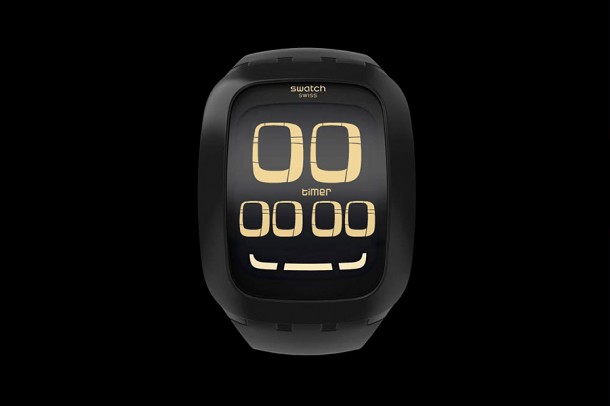 the trait to draw us to this watch is probably the fact that it is a touchscreen watch, which is still not common up till this day. actually, there is something else to caught our eyes – it is from Swatch. yes, those trendy fashion watch maker that is more known for analog quartz timepiece has a touchscreen watch to offer and it has an unmissable font type that is guaranteed to draw looks, and perhaps kick off a conversation that you never wanted. as you might have guessed, it features your usual time keeping functionality like time, date, as well as alarm, plus timer, chrono and backlight (of course). again, it is pretty obvious that the Touch is probably targeted at the young and trendy with its somewhat overly contemporary look and its six flavor of solid hues, including a rather odd-looking camo version (contemporary look with camo?). the Swatch Touch Watch is available now for a modest $140 a pop. indeed, modestly priced, as compared to the few touchscreen watch offering that we have seen to date.