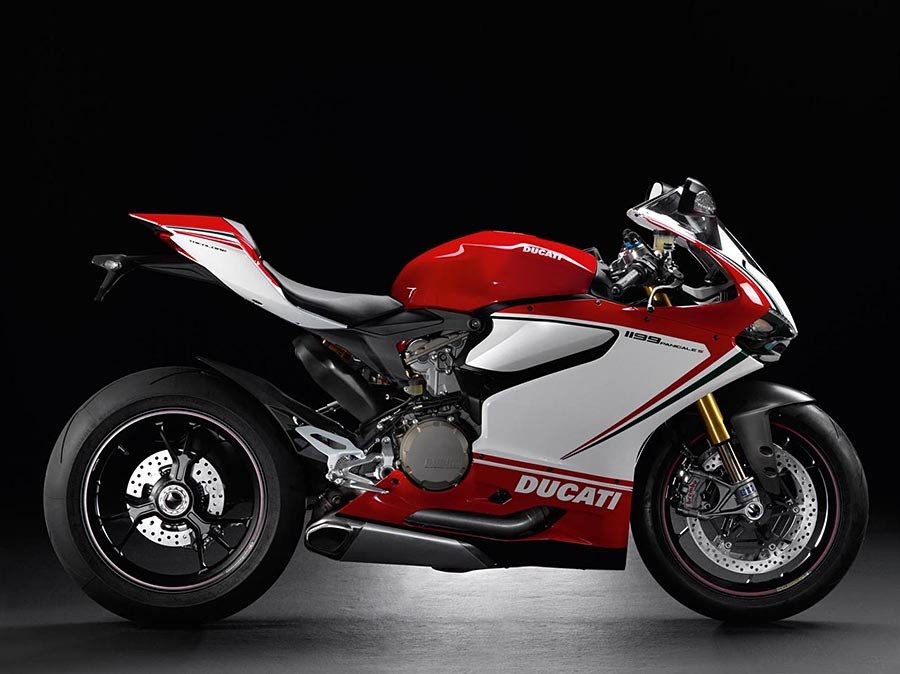 even though none of us here rides a bike, that doesn’t stop us from drooling over a gorgeous two wheelers and the new 2012 Ducati 1199 Panigale Superbike is just one of those that will have us dehydrated. so what’s new in the 2012 Panigale? first off, this monocoque chassis superbike went on a diet by giving up 22-lbs, and then, it is given a boost in its power department with 195 horses on the tap from its twin-cylinder motor, which would probably makes a little too much handle if not for its traction control and adjustable suspension for improved comfort. the latter feature, is the first in the world for a superbike. you can also expect goodies such as GPS-based data acquisition system, Ride-by-Wire engine management, Ducati Quick-Shift (DQS), and among the many others. if all else fails to impress you, there is always the fail-safe good look that Ducati has been known for. not convinced? race past the jump for a small gallery and witness it for yourself. if you are ready to welcome this Italian stallion into your garage, then you should know that there are four models that you can choose from: the standard version ($17,995), the “S” version ($22,995), the “S” version with ABS system ($23,995), and the Italian heritage-inspired Tricolored version ($27,995).
[ad#Google Adsense-text-468×60]