If you into retro arcade gaming, you would probably want to play your favorite classics on the good’ol arcade cabinet, but then again, I am sure you certainly won’t mind if looks a little contemporary such as this one desktop arcade teased called Desktop Arcade Joy Stick by Hong Kong-based game peripheral maker 8bitdo. Though contemporary in aesthetic, it is not exactly the contemporary, contemporary. If anything, the curved cabinet and the fact that it is of wood gave it a very 60s, 70s feel and the way we see it, it has Charles Eames kind of influence in it too. 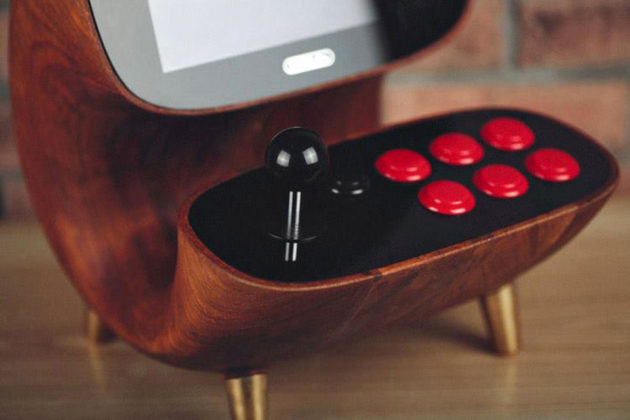 And the goldish legs there? Those are just golden touches and also, a signature aesthetic found prominently in furniture of the bygone era. Of course, 8bitdo did not confirm where the design inspiration came from, neither were there more information on it. All we have are these images but one thing for sure, these images are not CG renders as those at Gamescom in Cologne who were fortunate to see it in person, albeit as a display behind glass cabinet, can attest to it. The beauty in this particular arcade machine is what we would describe as “so old, yet so new,” which means it has all the requisite elements of the good’ol arcade machine, including old-school arcade style joystick and buttons but with modern touches such as, what appears to be, a high-resolution display. 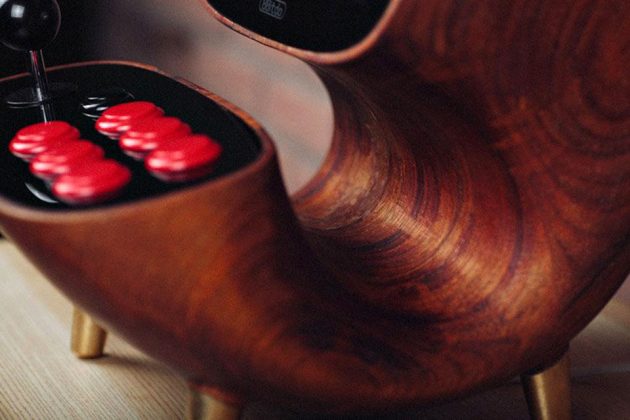 At this point, we are incline to think it has an emulator build it. Either that, it is actually a full-fledge arcade setup in there. Though the latter will be unlikely. Anyways, with a neo-retro aesthetic, old-school arcade controls and possibly an emulator onboard to play your favorite arcade classics, what could possibly go wrong? We’d nothing. Except that it may not even be available in exchange for your hard-earned dough even if you are willing. In meantime, just savour whatever you can from these images because it looks like those are what you have for now. Damn you 8bitdo for making such a drool-worthy, awesome rig that we can’t stop dreaming about. 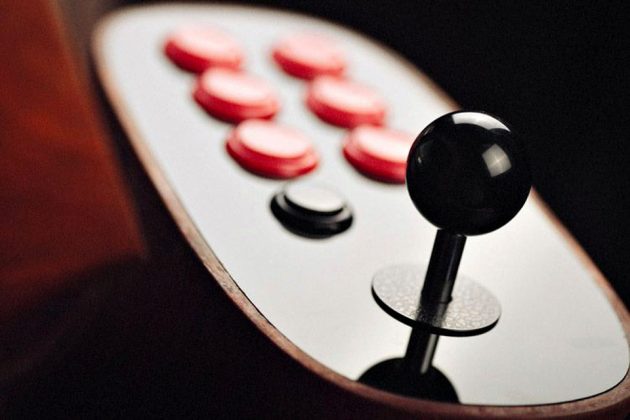 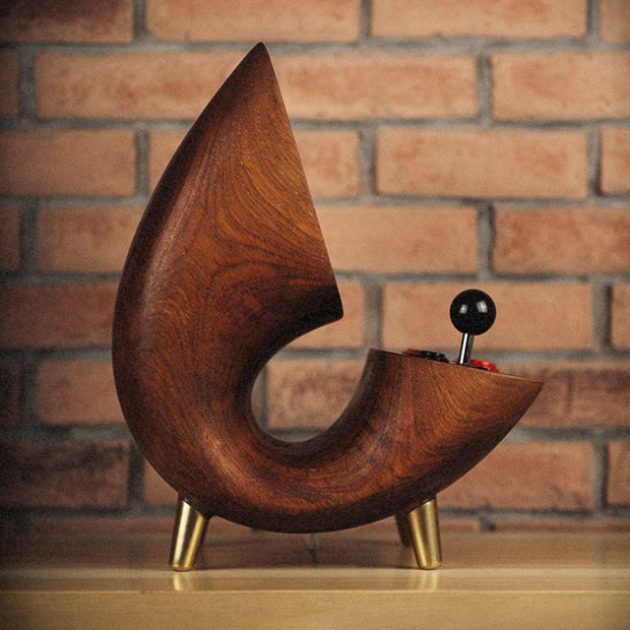 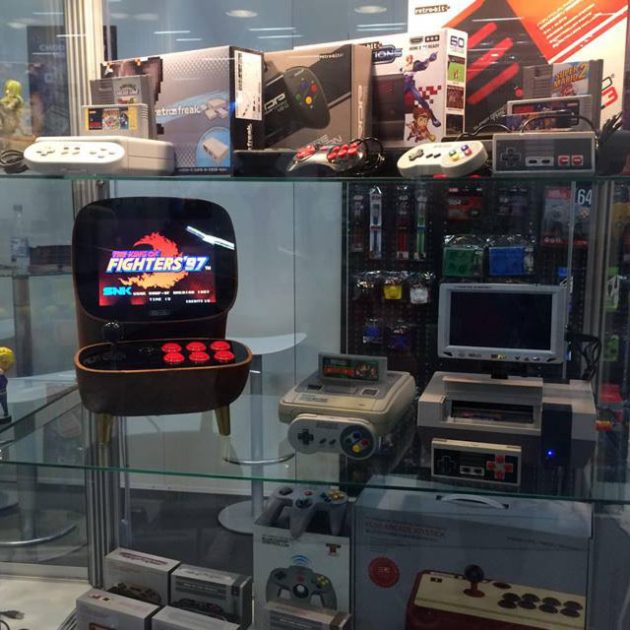