Some sites called it a crash and to be honest, that’s a little click bait-ish and much exaggerated. We see it as a heavy landing, which incidentally, I personally experienced a day ago when the regular Boeing aircraft I was on made an unusually heavy thump onto the runway. I grasped, but everything was fine. My immediate thought was, “God, they should get the landing checked if anything’s hurt in process.” Anyways, as it turned out, the much anticipated revolution in aviation, Airlander 10’s test flight was anything but smooth. First it was the delay due to undisclosed technical issue and then, on the second test flight on the 24th, it “experienced a heavy landing.” 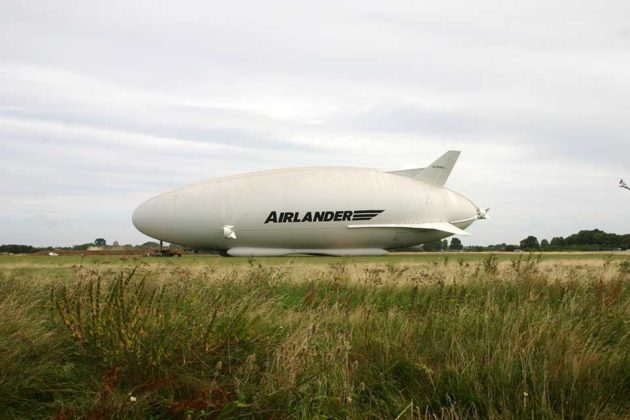 The incident was caught on video by an English person who was there to witness the test flight. It didn’t look like a crash to me, but it certainly was a super hard landing and it did quite help that the aircraft was not in the right alignment to the ground. The result, according to HAV, was “some damage” to the flight deck. Fortunately, no one was hurt in this incident and the aircraft is now “secured and stable at its normal mooring location.” Further addressing the talks about Airlander 10’s mooring line had hit a power line while floating outside the airfield, HAV has released an official statement clarifying that the flying bum did not hit anything.

to be fair, we did not expect the entire thing to be smooth sailing, after all, it is a rather new aviation concept and the company is fairly new too. At least the flying ship isn’t going at speeds like 160 mph when attempting to land. In fact, it was so slow that the footage appears to be in slow-mo.