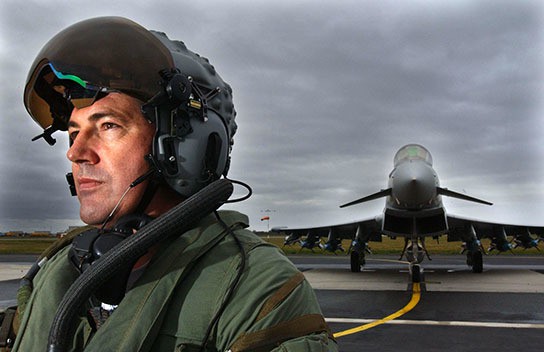 head-up display or HUD integrated into a helmet isn’t new news but one that lets the pilot sees, lock-on the target and unload it’s payload on its target is something new. besides displaying information such as speed, heading, and height, the BAE System‘s Helmet Mounted Symbology System for Eurofighter Typhoon enables pilot to look at multiple targets, lock-on them, and prioritize them via voice command.

the helmet also displays the precise position of any enemy aircraft or missiles – an extremely vital information during an air combat. the Helmet Mounted Symbology System is expected to go into service with the UK’s Royal Air Force this year. 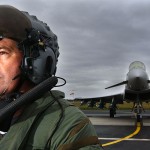 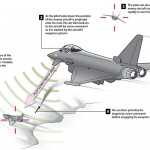 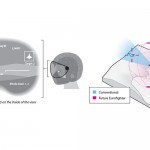