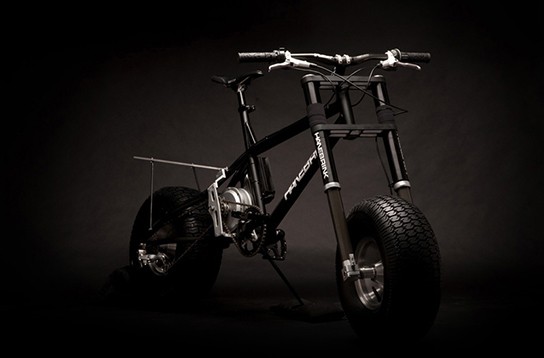 Hanebrink All-Terrain Vehicle | from US$5,500 | www.fortunehanebrink.com

this is probably the coolest bicycle ever. from it’s ultra fat tires, you know it is not your ordinary electric bike. Hanebrink Electric All-Terrain Vehicle is designed by National Champion Cyclist and NASA aerospace engineer, Dan Hanebrink. it all started 10 years ago when Hanebrink was approached by an Arctic explorer looking for an alternative to skis that could take him and his equipment across the Antarctica… well, the rest is history. this is the evolution from what began 10 years ago.

the Hanebrink Electric All-Terrain Vehicle employs a 600 watt brushless electric motor mounted in the middle of the frame beneath the rider, thus optimizing the bike’s center of gravity (CG) which in turn enables “tight turns, rapid weight shifting, and increases stability”. gearing is by the way of a dual range 14-speed gearing including a low range capable of carrying up to 300 pounds of cargo.

the Hanebrink All-Terrain Vehicle 600 watt motor extracts it’s juice from a single 10AH Lithium ion battery (LiFePO4) which enables a one hour run time on one single three-hour charge. if traveling a longer distance is required, five additional lithium ion batteries can be mounted on the rear rack to extend it’s operation to over 5 hours and a range more than 100 miles.

among the features include 20 by 8 inch tires, widest in the industry, wide rear rack that can hold up to 100 pounds of cargo, 6061-T6 aircraft seamless aluminum tube frame, carbon fiber 1.5 inch rise bars and dual crown triple clamp 10″ adjustable travel fork. the bike has a top speed of 20 mph and if you want more speed, some pedaling works should speed up the bike.

this vehicle is a definition of technology meets style. it’s kind of pricey though but i know you’re probably dying to lay your hands on one. come on, admit it. it just looks too gorgeous to give it a pass. imagine the wows and celebrity’s stares you will get when you pop by your neighborhood convenience store with the Hanebrink Electric All-Terrain Vehicle. sweet.

oh, there’s also a non-electric traditional mountain bikes starting from US$3,000. looks pretty sweet too. check out the pics below. 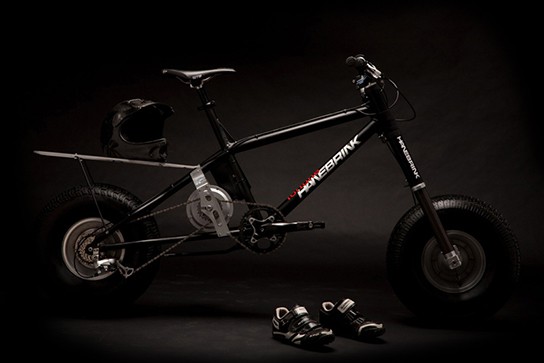 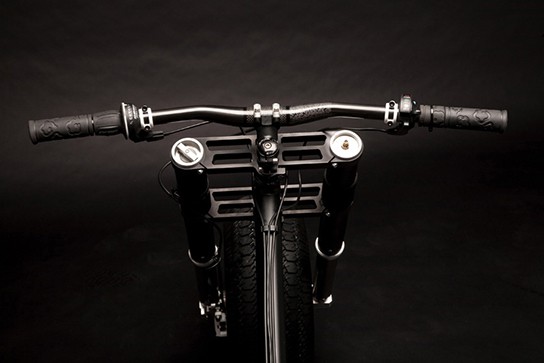 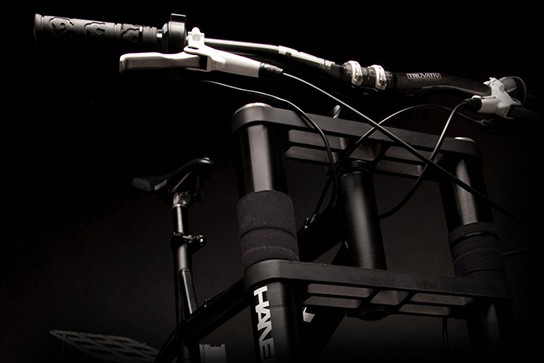 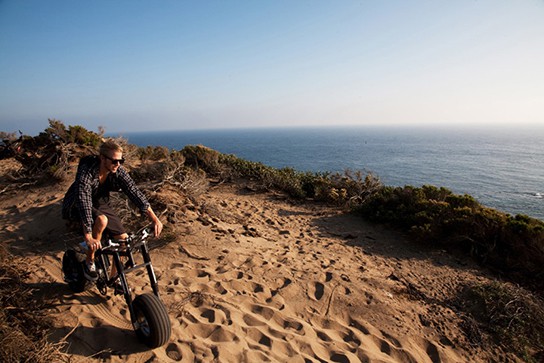