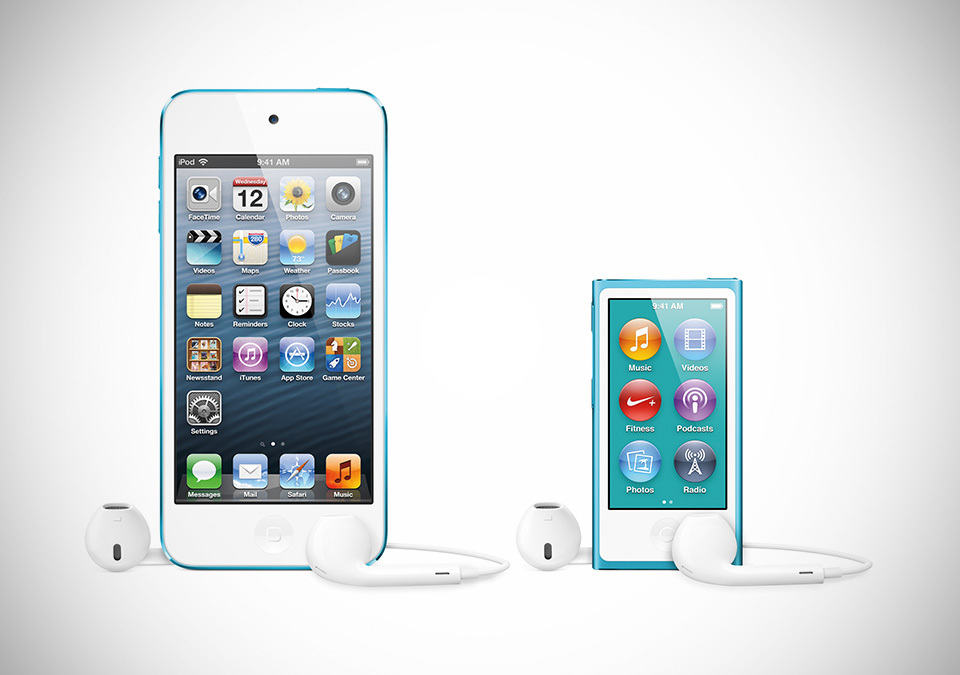 as far as the Apple September 12 Event goes, we are not entirely thrilled by the new iPhone 5 cos’ we thought what we had witness a few hours ago was merely an official confirmation by Apple on what we have heard and read so far (rumors can be such a spoiler, don’t they?). however, the other two products announced did managed to tickle our fancy. what we are referring to are none other than the new 5th-Gen iPod touch and 7th-Gen iPod nano – both devices sporting an all-new design – inside and out.

first off, our all time favorite portable media player, the fifth generation iPod Touch sports an impressively thin (just 6.1mm, to be exact) and lightweight anodized aluminum body married to a beautiful 4-inch Retina display with fingerprint-resistant oleophobic coating. apart from its obvious beauty, it is equipped with a faster A5 dual-core processor for brute processing power, as well as improved graphics performance and loaded with features, including a 5.0-megapixel backside-illuminated iSight camera with autofocus – a first for iPod Touch, full HD 1080p video recording, a FaceTime HD camera capable of 720p video recording, a discretely hidden button that pops up to hook up the included iPod Touch loop, Bluetooth 4.0, dual-band 802.11n wireless connectivity, AirPlay mirroring, supports Siri, runs off the new iOS 6, the all-new Apple EarPods buds and of course, it has the new Lightning connector. the iPod Touch comes in a variety of hues and will be available for pre-order on September 14 for $299 and $399 for the 32GB and 64GB models, respectively.

next up is the new iPod nano that has been given a bump in size and yes, you can no longer wear it on your wrist but we are fine by that. the new iPod nano trades its 6th generation’s petite size for a 2.5-inch multitouch display along with a new anodized aluminum body and finally, it is now blessed with Bluetooth 4.0, thus allowing for wireless connectivity with your Bluetooth-enabled sound systems, headphones, and even car audio system. other highlights include a la-iPhone/iPod touch Home button, large volume control rocker button, built-in FM radio with Live Pause, Apple’s new Lightning connector, built-in pedometer, and it comes packed with, you guessed it, the all-new Apple EarPods headphones. the iPod nano comes in seven hues and is slated to hit the stores come this October with a price tag of $149 for the 16GB model.