Considering myself a pretty huge fan of Aston Martin, I wonder how did I managed to miss this piece of news that came up in August. Anyways, you know what they say, it is better late than never and so here they are, the Aston Martin Vanquish Zagatos: Speedster and Shooting Brake. These two highly desirable rides join the coupe and Volante models to complete the quartet. The first of the quartet, the Vanquish Zagato Coupe is already rolling out of the production line. 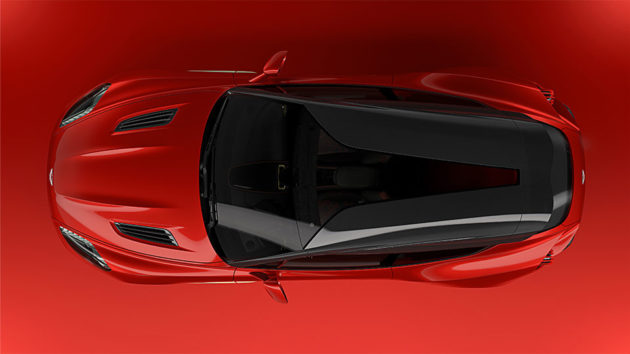 The Vanquish Zagato Volante, which made its global debut shortly after, was destined to be next on the production with only 99 examples to be made. Following that, official words had it that the Vanquish Zagato Speedster will also enter production too. Finally, completing the lineup is the Aston Vanquish Zagato Shooting Brake that is, IMHO, a pure wet dream for motoring enthusiasts. All told, the four modes will yield 325 cars, of which only 28 units of the Speedster will be made available, while the Shooting Brake and the Coupe will have 99 units each. 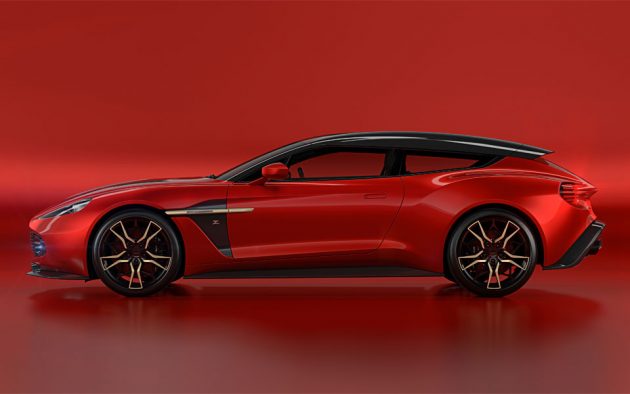 The Shooting Brake is slated to go into production sometime in 2018, so do not hold your breath for it cos’ delivery is likely to be in 2019. All models will be powered by naturally aspirated V12 motor, totaling 600 PS, and paired to slick-whiting Touchtronic III gearbox. Similarly, every model will get adaptive damping, fine-tuned for each model. Of course, we only have eyes for the Shooting Brake. If you do too, you have to understand that despite its stretched fastback coupe form, it only seats two. Here are the official words on the Shooting Brake:

“The Shooting Brake is still a strict two-seater, but one conceived as an individual and exceptionally practical GT. The extended roof on the concept sketch bears the iconic Zagato ‘double-bubble’ surfacing complete with glass inlays to let light flood into the cockpit. The sculptural roof culminates in a powered tailgate that opens onto a luxuriously trimmed rear cabin area, complete with a tailored luggage set. With dramatic herringbone carbon fibre facia with anodised bronze rotary controls, extensive ‘Z’ motif quilting and the option of a fully aniline leather upholstery, the Shooting Brake is a fitting complement to the Coupe, Volante and Speedster.”

Beyond those, little is known about this handsome luxury sports car. But one thing for sure, with 99 Coupes, 99 Volantes, 28 Speedsters and 99 Shooting Brakes, Aston Martin’s first Zagato family will be the rarest of the rare. A couple more looks after the break. 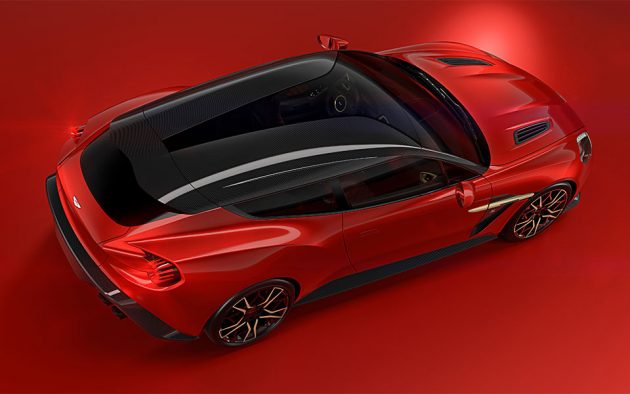 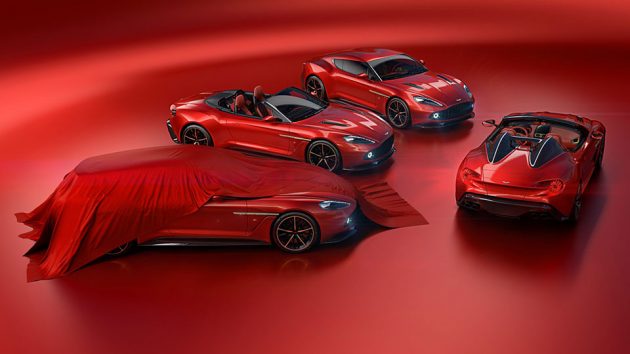