as the name suggests, the Audi A3 Clubsport Quattro Concept is a concept, but unlike most concepts that were unveiled in auto show, this one is based on the S3 sedan. this means fans will probably see a road-going version in due course, but as to model, your guess is as good as ours (a RS3, perhaps? we really don’t know). instead of a ‘tamer’ 2.0-liter item found on the S3, the A3 Clubsport Quattro Concept packs a 2.5-liter 5-cylinder TFSI engine, producing a beastly 525 horses and turning out 600 Nm of torque (443 lb-ft), paired to a seven-speed S-tronic gearbox that hauls this 1,527 kg (3,366 lbs) beauty from standstill to 62 mph (100 km/h) in just 3.6 seconds and finally topping out at 192 mph (about 309 km/h). the German automaker has devoted extensive tweaks to the five-cylinder engine, including upsizing the turbocharger unit with up to 1.5 bar of relative boost pressure, as well as a modified intercooler. 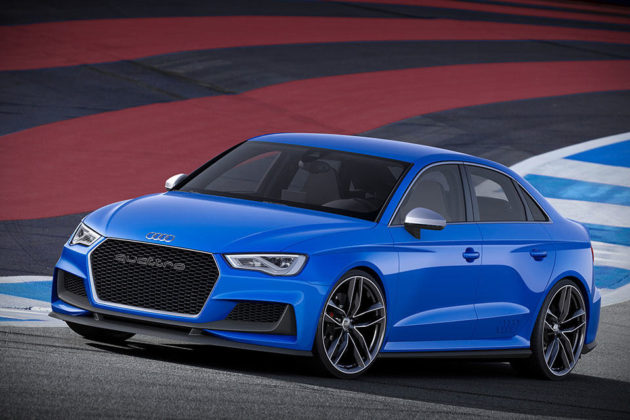 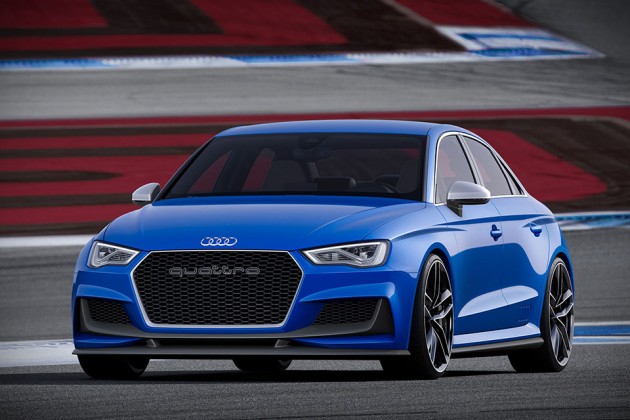 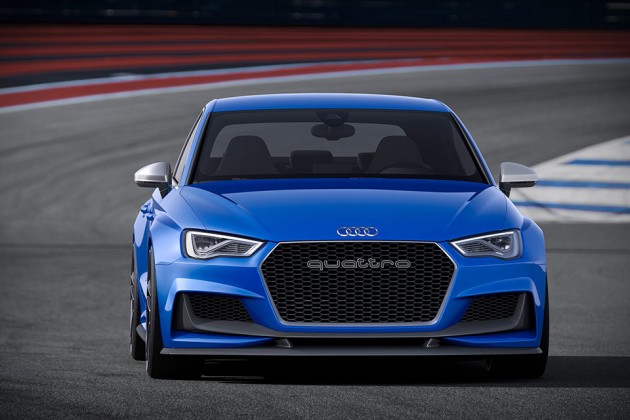 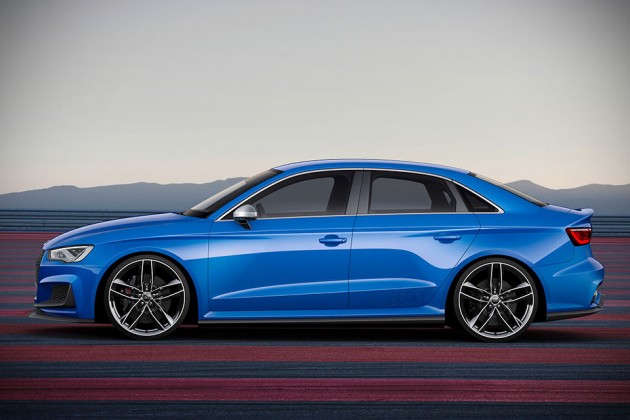 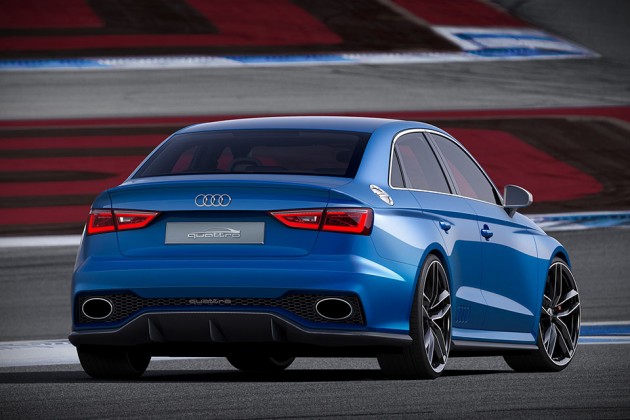 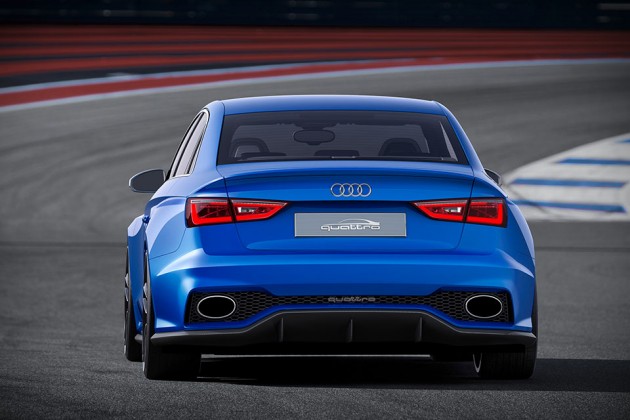 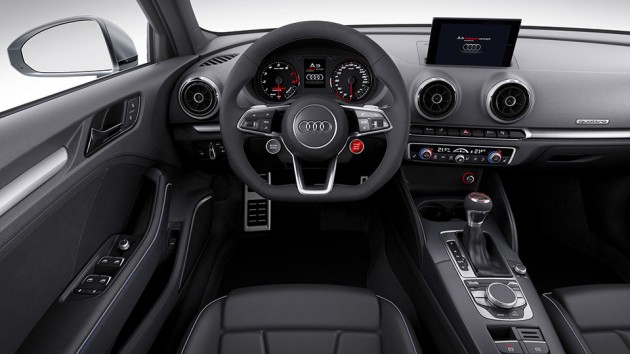