Calling out all Star Wars fans whose work desk has fallen into an utter disrepair from the barrage of work dropped on you by your Sith Lord, wait, I mean your boss. However messy it is, this 1/72 scale AT-AT Multi Stand i.e. desk tidy from toy maker Bandai is here to save the day. It won’t relief you have the workload or get rid of those pesky documents, but it will take care of those tiny stuff like stationery and loose change, and also, it will make your desk stupid cool. I don’t know why it is called multi stand, but it sure is a multipurpose collectible. 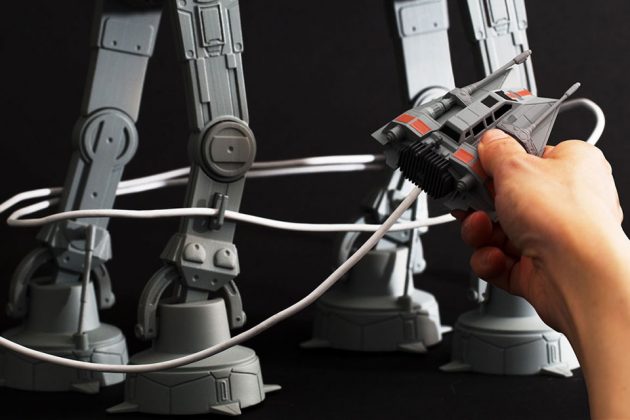 It can do more than strolling towards its enemy. Ok. It can’t do that. It does, however, has complete articulation, so you can make it pose as you see fit (even the iconic kneeling down pose when it got pulled down by the Snowspeeders) and it has abundance of storage spaces, including a coin bank up top which can also be used as writing instrument holder, a general storage compartment at its rear end and a smaller compartment on the cockpit section with magnetized cover for your paper clips. The radar-like ‘chest piece’ can be removed to reveal a Japanese signature seal. 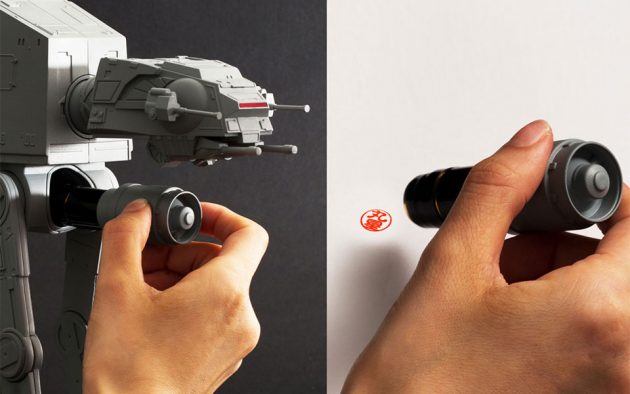 The coolest feature, however, isn’t the coin bank or the seal; it is the cable wrap, which lets you coil the charging cable with a scale Snowspeeder around the legs of the 268 mm (10.5 inch) tall Imperial war machine to recreate the Battle of Hoth scene. It is perhaps not the tidiest way to wrap your cable, but who cares when it looks this cool, right? Bandai AT-AT Multi Stand Desk Tidy will be available in December, in Japan, priced at 9,720 Yen, which is about US$96. 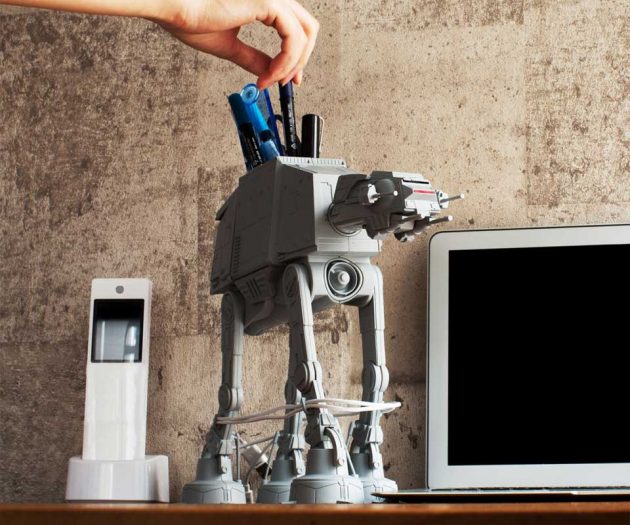