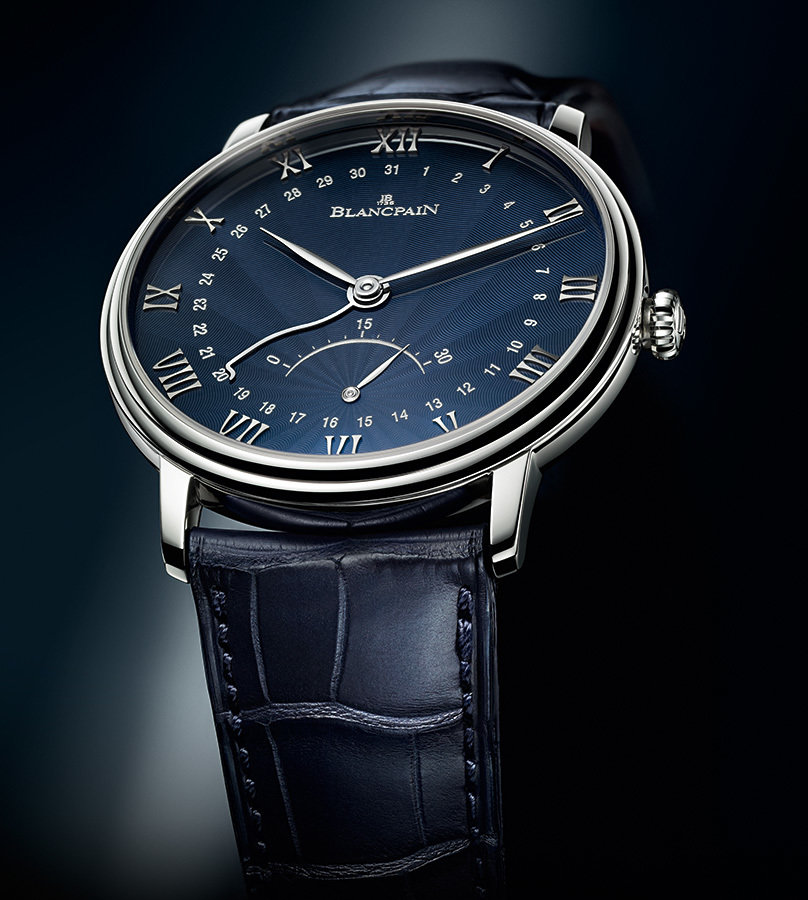 ahead of the Basel World 2012, Blancpain has announced its new Villeret collection wristwatch. normally, we aren’t too entice by dress watches but the Villeret has something special up its sleeve that we thought it would be a crime if we did not feature it. it is the first Blancpain model to feature a flinqué lacquered dial. the flinqué consists of several layers of translucent blue lacquer applied onto the dial, that is said to create an “incomparable depth effect.” eye candy asides, the Villeret has a casing crafted from white gold and features an ultra-slim Calibre 7663Q movement with 244 parts and 34 jewels lurking within its 44mm casing. the self-winding movement with three-day power reserve, powers the hour and minute hands, as well as an oddly serpentine date pointer. yes, do not mistaken that snaky hand as the second hand – it is in fact, a date indicator. speaking of which, there is actually a second hand, which exists as a retrograde item located at its 6 o’clock position. other notable features include, water resistant up to 3 bar, leather alligator strap with an alzavel lining, folding clasp, and a sapphire crystal caseback that lets you admire Villeret’s distinctive guilloché oscillating weight. the Blancpain Villeret Collection Wristwatch will make its public debut at the BASELWORLD 2012 from March 8 – 15 at Messe Basel, Switzerland. larger views available after the break.