while the Blackphone as proposed by Geeksphone and Silent Circle may appeal to the security-obsessed consumers, the Boeing Black Phone (yes. aircraft maker Boeing. not a typo, btw) is the commercial-grade secured phone targeted at government sectors and is built to handle security needs of “government-level missions.” basically, what that means in layman vocabulary is, the Boeing Black Phone is a spy (smart)phone. designed from the ground up as a secured mobile device, the Boeing Black marries the security peace of mind as offered by Boeing’s PureSecure and the convenience and user-friendliness of Android smartphone. keeping potential snoopers out by offering hard security protection, as well as data protection, protecting both stored and transmitted data.

as secure as it might seem, the Black phone was never meant to be a top spec piece of device. under the hood, it has a 1.2GHz dual-core ARM Cortex-A9 processor running the clockwork with no details on RAM or the onboard storage capacity. however, it does have most features you expect of today’s smartphone, including a modest 4.3-inch qHD display, microSD card slot, dual SIM support, supports for quad-band 2G and tri-band 3G and LTE capabilities, Bluetooth technology (albeit the older v2.1 variant) and a 1,590 mAh battery. the device will be assembled in the U.S.A and also boast modularity for “mission-specific” integration by expanding the device to suit the mission requirements, such as switching out the back for satellite transceivers module, extra battery or solar charger, advanced location tracking, biometrics and more.

the device, according to Boeing, “will be sold primarily to government agencies and companies engaged in contractual activities with those agencies that are related to defense and homeland security,” which basically means commoners won’t be able to get their hands on one. then again, it is not the sleekest phone like you would have imagined of a spy-grade device and weighs a pretty heft 170 grams. 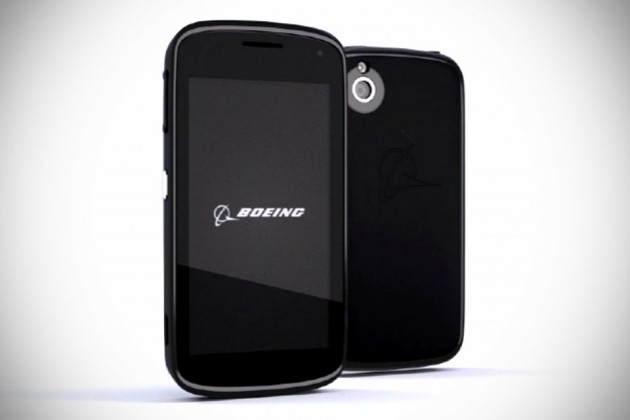