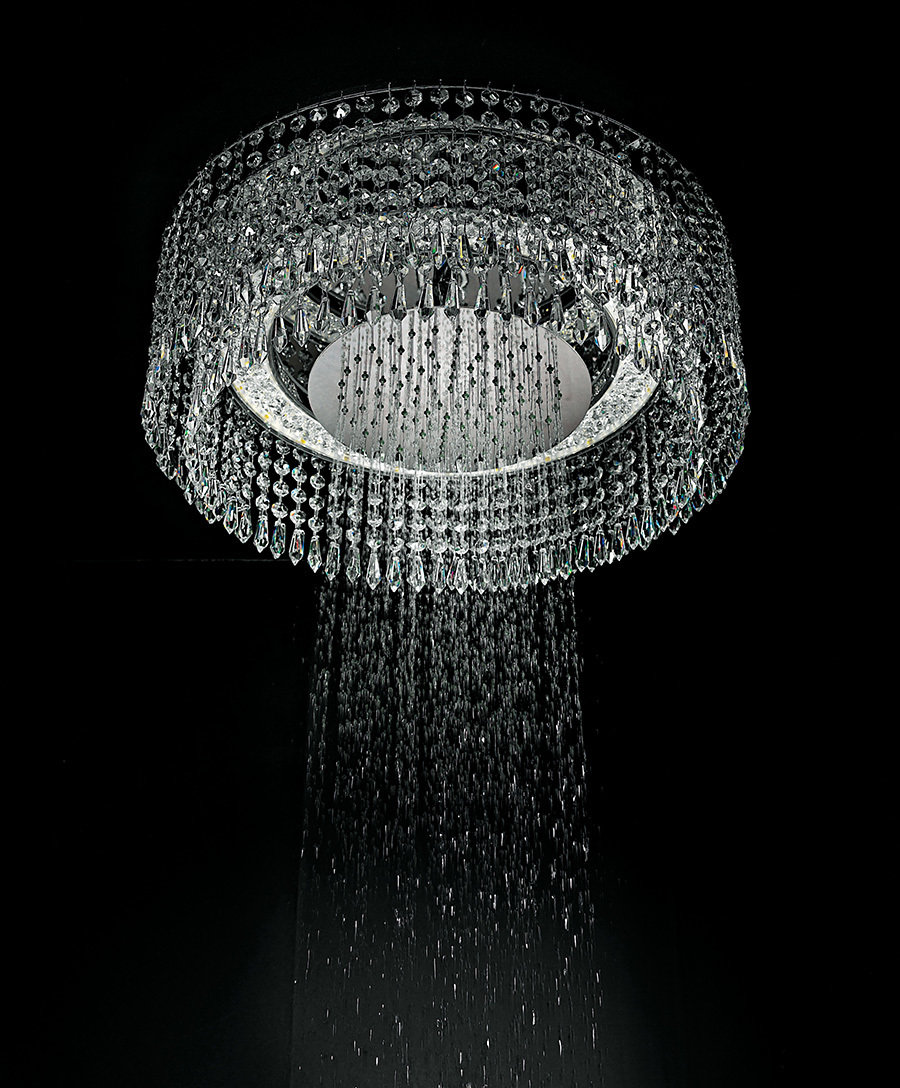 when we talk about chandeliers, we think of lightings but that was in the past. now designer Marcel Wanders blur that distinction by bringing chandelier into the bathroom. yes, you heard that right. it is a chandelier designed for bathrooms and doubles as a shower. constructed from stainless steel and crystal glass, Marcel has cleverly integrated a shower into the center of a chandelier design, complete with white LED lighting between the shower and the crystals. chandelier itself was never easy maintain and to have it with a shower, makes it even more challenging to do so and perhaps, a costly one too. we shall not go into depth on how water might tarnish its original sparkle and how often it would need to be cleaned in order for it to maintain its shine every time you step into the shower. it is nevertheless, a stunning work of art.
[ad#Google Adsense-text-468×60]

the Chandelier-Shower, as it is called, is part of Italian firm Bisazza Bagno’s Wanders Bathroom Collection and it is no concept either. the Chandelier-Shower is available in two sizes (aptly denoted as small and large) and is available for your taking, if, assuming, that money is no object to you. speaking of which, its pricing is available upon request. such lavish product certainly deserves to be observed a little close up. that said, why not hit pass the jump and click on the thumbnails for larger views?