For the record, China is not the only country to have umbrella sharing service. Apparently, Canada does too and some New Yorkers did toyed with the idea. However, we are not here to talk about who’s at it first or how ridiculous the concept is, but rather, we ask the question ‘why’? Why share umbrella? Umbrella is an easily misplace-able item (read: easily stolen) and so, it boggles my mind why would anyone think umbrella sharing would work? Sharing scheme works for bike (well, mostly), but it does not mean it will work for something so relatively cheap and so easily misplace-able as, you know, brolly? Even then, bike sharing is not infallible with at least one company winding because it had lost one too many bikes (or of it to be exact). 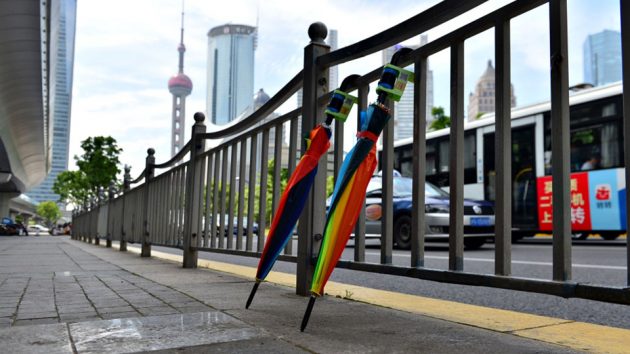 Clearly not taking heed from the darker side of the bike sharing industry, Shenzhen-based Sharing E Umbrella, armed with some 10 million yuan investment, pushes ahead with the concept and it is not alone. As it turns out, there are no less than 14 companies vying for a piece of umbrella sharing cake. Surprised? We surely are. Now, here’s the thing. Unlike bikes which you can park virtually anywhere, umbrellas need somewhere to hang and therein lies the problem: it becomes difficult to get borrowed umbrellas to be returned. Surprised? Probably not. Even with a 19 RMB deposit plus 50 jiao (China’s 50 cents) per half hour use, these people’s umbrella never found their way back to the streets where they could be picked up again and generate revenue for the company. 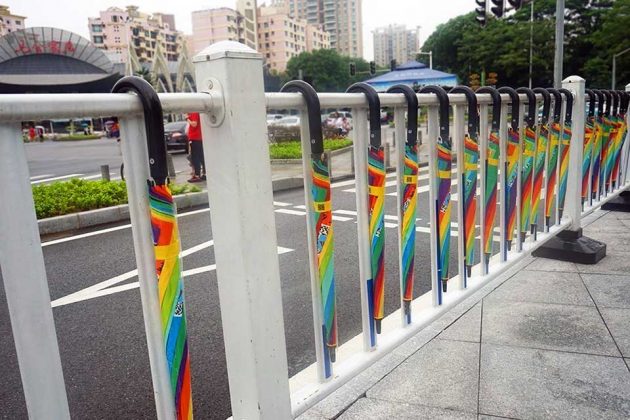 To be honest, we are not sure how’s business so far for these companies in this quirky umbrella sharing business, but according to a report, Sharing E Umbrella have had already lost “almost all its 300,000 umbrellas” it had dropped in 11 cities in China. Surprised? Again, probably not. Notwithstanding the massive loss, which the company said it will cost 60 RMB to replace each unaccounted asset, Sharing E Umbrella is undaunted and it is reportedly prepared to send out 30 million more brollies out into the streets by the end of the year.

Mind you, even if each piece cost a mere yuan, that’s a good 30 million RMB (over 4 million in USD!) dropped into a business model that’s highly dependent on season AKA the weather and that’s not mention, highly susceptible to loss and theft. Brilliant idea? Maybe not. Then again, we could be witnessing a whole new culture evolving; a culture of sharing that may one day become a norm that loss and theft, though inevitable, may not be a major issue anymore.