When you look at KFC fried chickens, what do they remind you of? Probably just fried chickens. They are not like clouds that often lets our imagination run wild. However, famed advertising agency Ogilvy & Mather’s Hong Kong office thought that those tantalizing fried chickens can be something else, like, you know, plumes resulting from a fiery explosion. 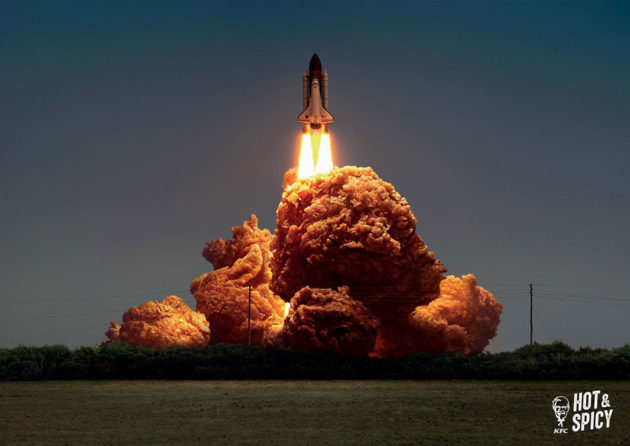 Armed with this idea, Ogilvy & Mather Hong Kong cleverly Photoshopped select pieces of the crispy, golden fried chicken onto photos to make them look like the plumes resulting from huge explosions. The results are images of space shuttle launching off leaving a mass of plumes that were actually KFC Hong Kong’s Hot & Spicy fried chicken, a drag car barreling down a drag strip leaving behind it a trail of smoke that, you guessed it, was fried chicken too. 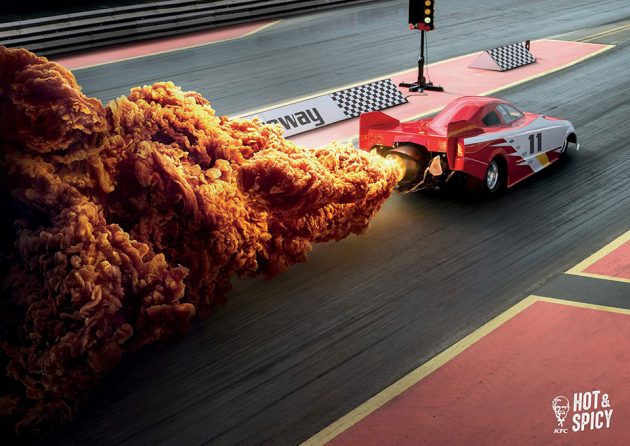 There was also one of image that appears to be heroes from Japanese superheroes TV series, Kamen Rider, where the protagonists background was a fiery explosion made up of, well, fried chicken! Clever. Very clever! I would say the Photoshopped job was superb – thanks in part to the clever lighting effects which include the appropriate placement of glowing highlights, mimicking the effect of fiery explosions. 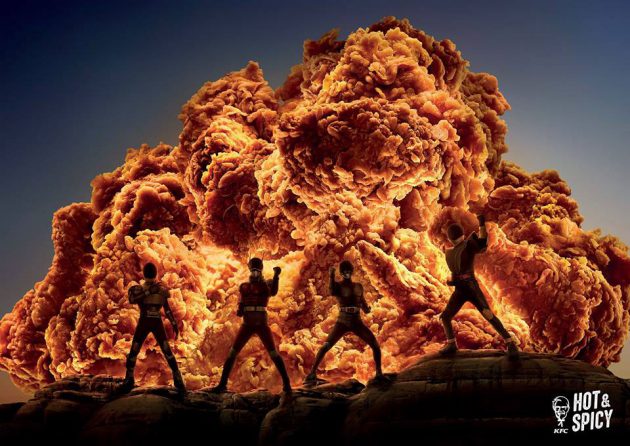 The Photoshopped job is so brilliant that, at a glance, you wouldn’t be able to tell that the plumes had been replaced by fried chickens. At this point, you should have already guessed that these Photoshopped work of arts are for the purpose of promoting KFC Hong Kong’s Hot & Spicy flavor fried chicken. That is just about one of the coolest ad we have seen to date.

How so? Because, I am already craving for some crispy, golden fried chicken as I am drafting this post. Unfortunately, dinner is set for me, so KFC will have to wait.