We have a love and hate relationship with concept cars. Love because they are usually exciting and hate because the mostly radical looking concept usually don’t make it to production. It always begs the question: why can’t they make what they have shown? I guess we will never know, but we surely hope that the Citroën CXperience Concept Hybrid Station Wagon cos’ at least, while being bold, it does look like it could be reality. How do we know? Lets just say it was a gut feel. The concept is due for its world premier at the Paris Motor Show, but the French automaker is probably too excited to keep it under wrap for that long and so, it has decided to show it off, digitally, on August 29. 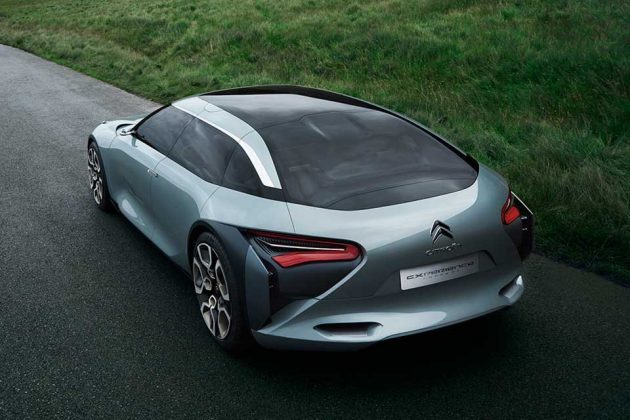 The exterior is sleek, though by no means farfetched or out of this world. It is the kind of design that you know it is futuristic and yet probable as a real world car. Think of it as a more futuristic form of the C4 but stretched, in a station wagon-styling. Though we can’t say the same for the inside. For some reason, Citroën, like many others, tend to play up the futuristic theme of the cabin. Perhaps, it fits the vision of designing for “the well-being and comfort of vehicle occupants”? The exterior is pretty much what the images have to offer and therefore, we shall dispense with the formality of describing it. The same goes for the interior too. 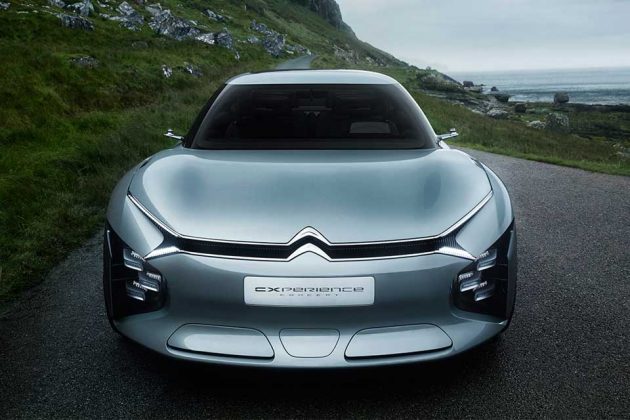 Under the skin, CXperience (stylized as CXPERIENCE) is a plug-in hybrid petrol-powered vehicle which harness the power of a petrol unit producing up to 200 bhp and an electric motor with 80 kW on the tap, to offer you over 300 horses. Like many hybrid before it, it has the option to go all-out electric for a true zero-emission driving, but it is not going last you very long, or only 60 kilometers (37 miles). Obviously, the middle path, which is the use of both fossil fuel and electric power, is the most cost-efficient as far as driving enjoyment goes. 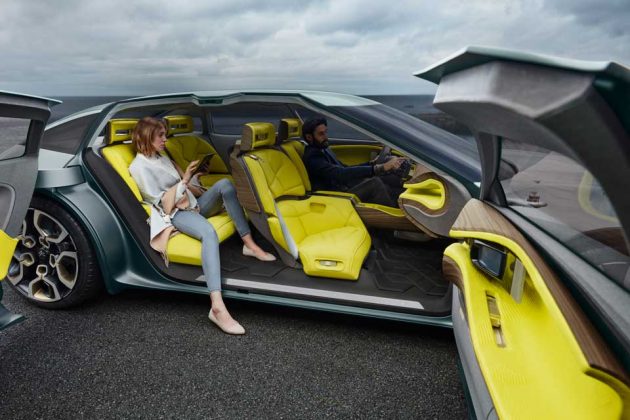 Electron is served up to the rear axle-mounted electric motor by a 3 kWh battery under the cabin and this battery system can get to full charged in 4 1/2 hours with a standard charging system, or for the impatient, a higher output charger such as 6.6 kW charger should get you back on the road in under 2 1/2 hours. There’s no super quick half hour charging though, but the petrol motor will have your back covered. The drivetrain also incorporates an 8-speed electric automatic gearbox mounted transversely to the IC engine and together with the underfloor battery, should offers a roomy cabin as far as legroom is concerned (and it appears to be so from the official images).

Concept’s information, whatever is available, is good to know but pointless for us to regurgitate what the marketers have churned out when it is not known if it will ever see the light of production. However, if you are so incline to find out more, may we invite you to hit up the official page HERE for more bits and pieces. Push forth to catch the vehicle in action. 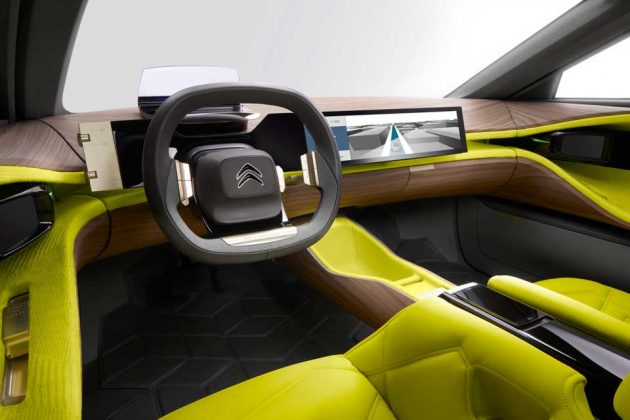 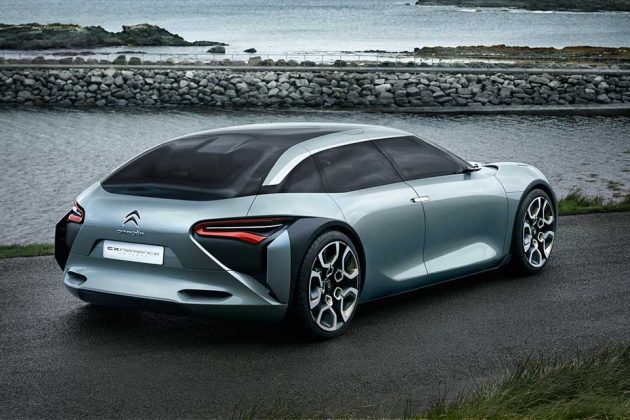 All images courtesy of Citroën.