Contour, the action camera maker that excites us with the feature packed, motorsports-friendly Contour+2, has updated its ROAM action cam with ROAM3 which is now waterproof to 30 feet (10 meters) without a case, a huge improvement over the ROAM2 that only allows for up to 3 feet (1 meter) into the water. design and usability are still pretty much the same. after years, the tube-shape design remains as sleek as ever and controls remain as simple as before with a large glove-friendly slider to start recording. in addition to that, a press of the status button switches the camera to photo mode, allowing you to capture beautiful 5MP still images. the ROAM3 is an action cam and so it is only natural that Contour maintains the rugged built with an impact-resistant aluminum housing which, as said, still looks as stunning as it was two years ago. 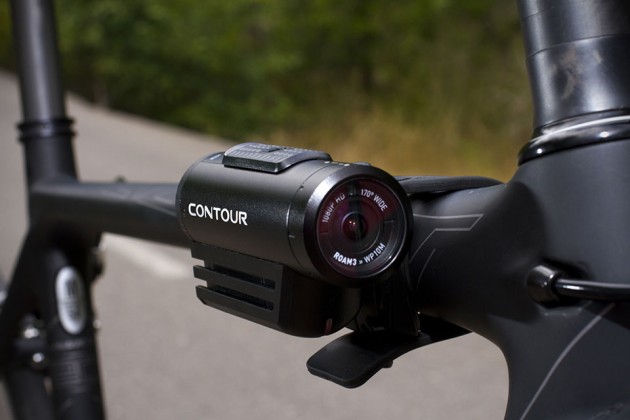 as with the ROAM2, it records up to 1080p at 30fps or 60fps when recording at 720p. it also has the same 270-degree rotating lens, offering 170-degree of FOV and there is a built-in laser level to ensure the perfect angle every time. other standards include a choice of single frame or multiple burst shots in instant photo mode, flush rail mounts for secure and dependable attachment, built-in universal camera mount compatible with all standard mounts and tripods, a built-in rechargeable battery good for up to 3.5 hours of usage, microSD card for storage (an 8GB card is included, btw), and a locking switch to prevent accidental turning on or off. the improvement over the ROAM2 does come with a price though. the ROAM3 action cam will run you back at $199.99 as compared with the ROAM2 which cost just $149.99.