There is a stark difference between photography/videography of a place and actually visiting it. I have reasons to believe it will be the case for this impressive golden bridge propped on the hills of Đà Nẵng’s Bà Nà in Vietnam. I am sure some of you were captivated by the feature image of a bridge that is seemingly held by a pair of giant hands. 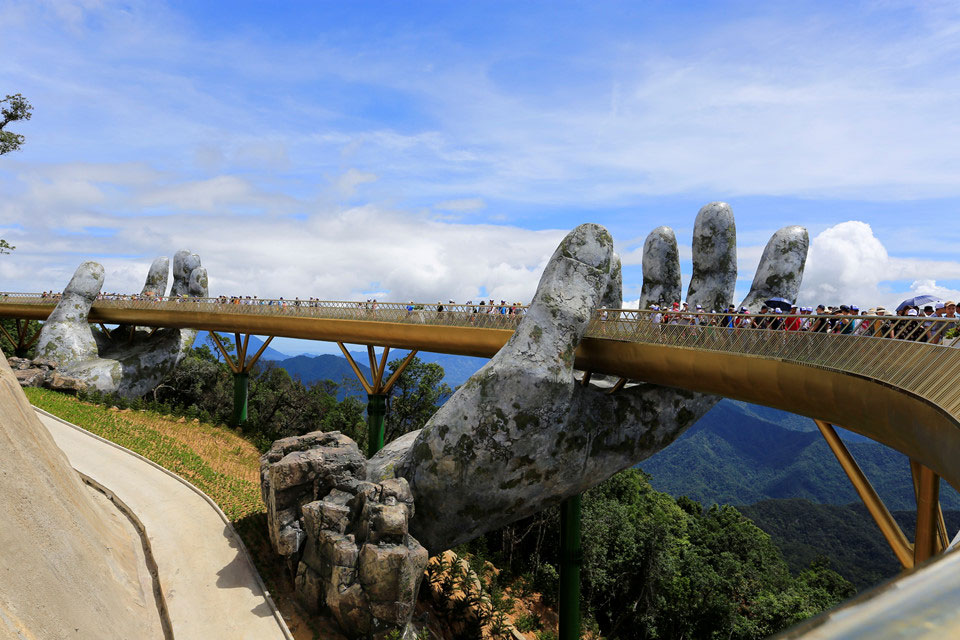 It is impressive no doubt, but that’s the thing: aerial images are always impressive while point-of-view, when you are standing on the bridge itself, may not be as breathtaking. I am not saying that it is not a sight to be hold. It is. What I mean to say is, sometimes we are probably better off in just ogling at the high-resolution images. 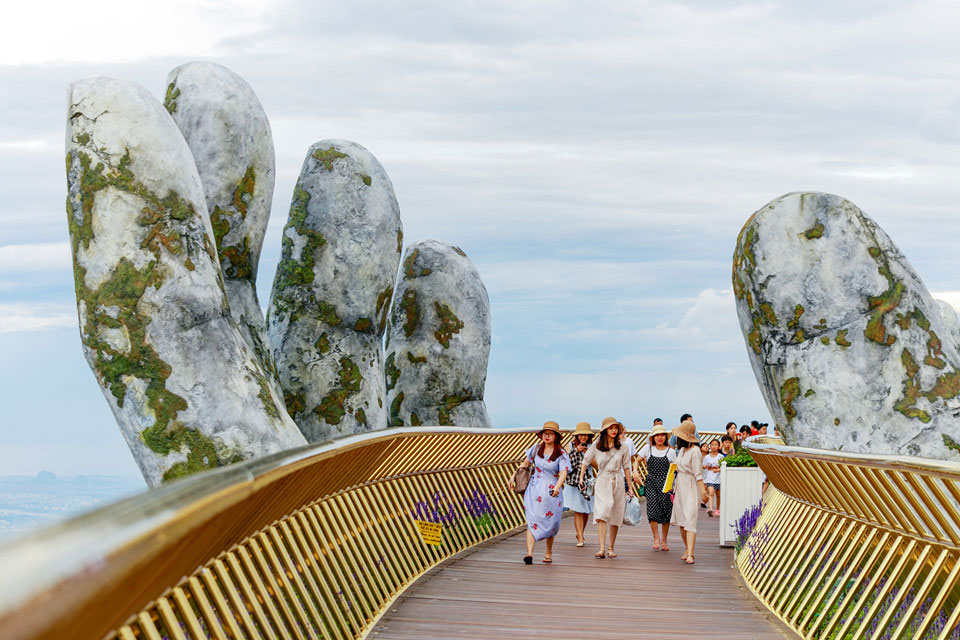 But of course, it is not all about the pair of gigantic hands. Standing on the golden bridge, visitors will be able to feast their eyes on the majestic mountainscape around it. The hands are just there to prop up the golden bridge. Well, not really. It does not do that at all. They are just sculptures. I guess you could say they are merely a decorative feature. 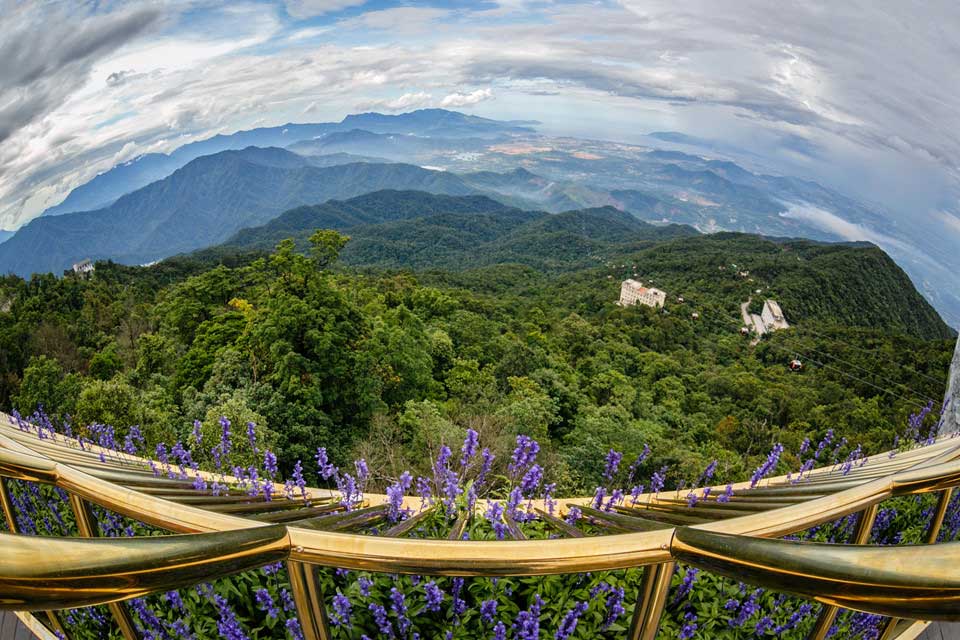 The bridge does not depend on it. But I have to admit, it does appeared to be the main structure to hold up the bridge, which is what makes the whole thing so dramatic. Anyways, the bridge is composed of 8 spans and stretches 150 meters (bout 492 feet), and it is part of a $2 billion project for the purpose of tourism. 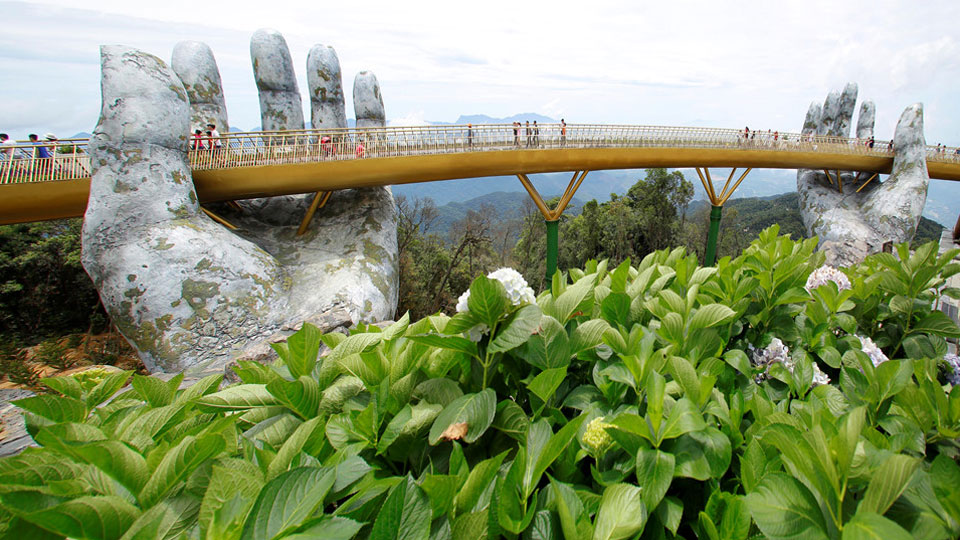 This golden bridge is the latest project to boost Vietnam’s tourism (as if it needed any further boosting) and it is located in Thiên Thai Garden in a resort located in Bà Nà Hills Town. It has opened its doors to tourist since June and so, if you are planning on heading to Vietnam, you may want to insert Bà Nà Hills as part of your itinerary. 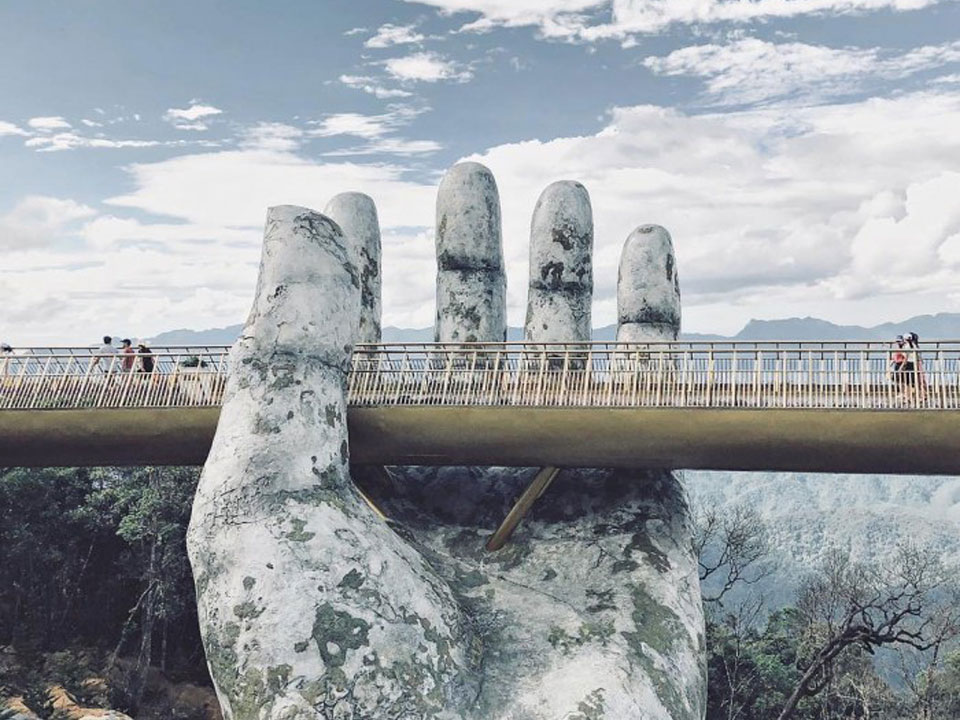 Also, you may want to bring along a reliable imaging drone to capture memorable footage from up above. Though we are not sure what’s the local authority’s thought on flying cameras. So, you may want to get that clear first. In the meantime, enjoy a breathtaking view of the Đà Nẵng Bà Nà Hills Bridge in the video embedded below. 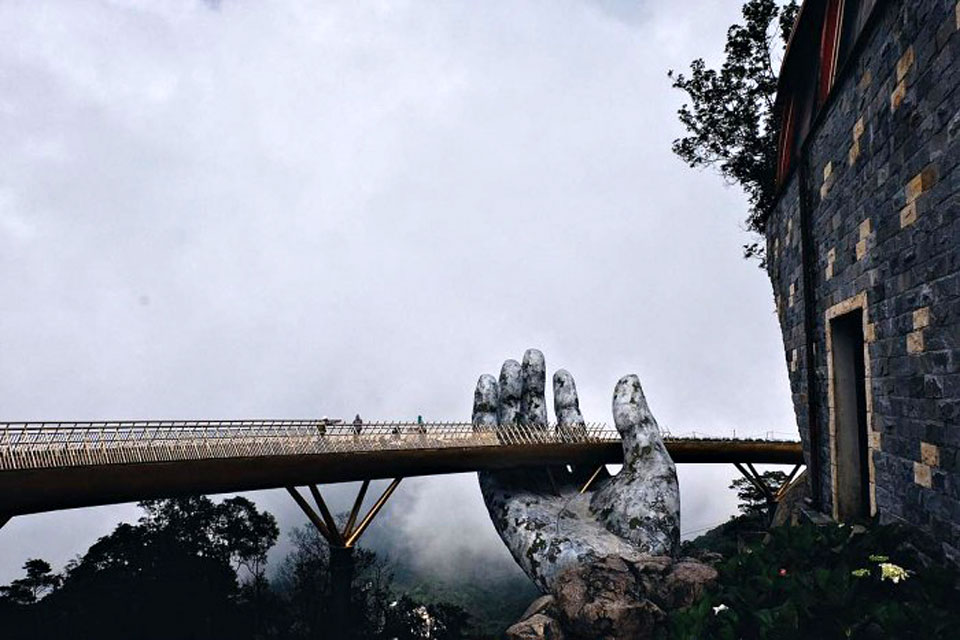