So, you think a pool float for a party of 6 is as real as a unicorn? Well, I have news for you. The unicorn has just become a reality. That’s right. It is a unicorn float, but not because it does not exist, but because it is really a float that takes on the unicorn form and yes, it is for a party of 6 – complete with seats for the crew, accompanied by party requisite cup holders, and there are handles on the side for easy climbing onto the float from the water unassisted. There’s even a built-in cooler, so cold drinks remain cool. Now, if that isn’t dope. I don’t know what is. 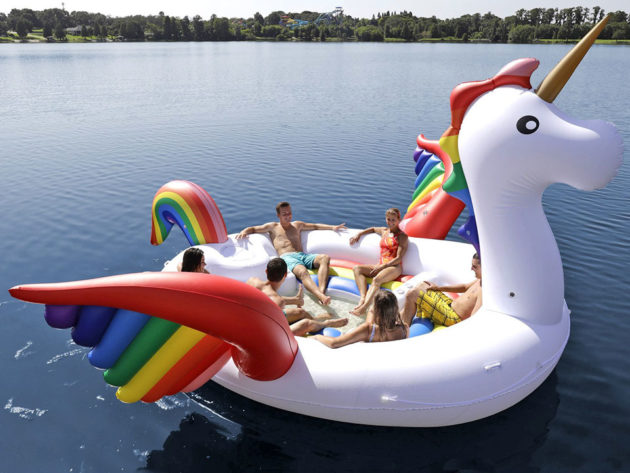 Obviously, Sun Pleasure Party Bird Unicorn Island Float isn’t for your backyard pool. Hell. The product itself is bigger than most inflatable pool. However, if you have a Olympic-size pool around the back of your house, then I see no reason why this shouldn’t be a pool float. But where’s the fun in that, right? I should think this unicorn with wings would rather float around on the open water such as a lake. The ocean could do too, but it will probably be too choppy to be of any fun. Imagine beer spilling all over the unicorn. Not fun. 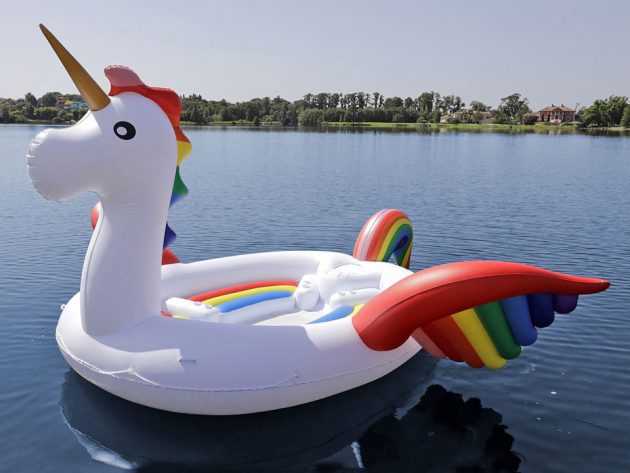 Apart of from having a space for up to six grown-ass person, this thing is an imposing sight on the calm of the lake. It towers at 10 feet tall with it staring blankly into the far distance while the six of you lounge around its back. Man, this thing is absolutely cool! The best of the deal is, it comes with a powered pump that will take the legwork out of inflating this giant float. Anyways, it should. I can’t imagine breath-blow this baby. I think all six will conk out from exhaustion if it requires breath-inflate. There is also a mesh bag for easy transportation – when it is deflated, obviously. 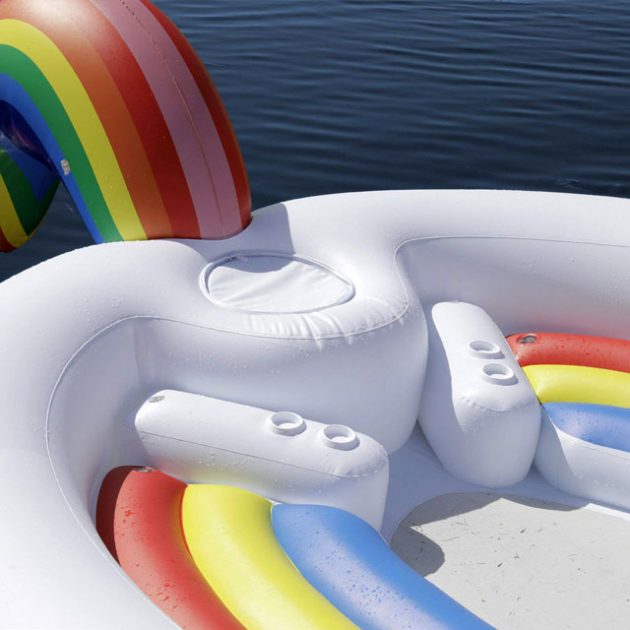 Sun Pleasure Party Bird Unicorn Island Float is available on the company’s official website, as well as Amazon and eBay. At the time of this writing, the price has been slashed from the original $279.95 to $245.95. Still, it is not cheap. Then again, this isn’t your typical one-man float. It is a giant float that we are talking about here. I’d say 250 is ‘quite’ reasonable.