DeLorean did not promised us flying cars, but Back to the Future II sure planted that idea into our head. Since then, companies and individuals have not stop trying to make car fly, which now apparently includes the DeLorean. Wait, what? A flying DeLorean? A very interesting prospect that piqued a BTTF fan like me. But unfortunately, it won’t be the DeLorean DMC-12 that will fly. In fact, John DeLorean, the person responsible for the made-famous-by-movie iconic ride, is not behind this ambitious endeavor. Instead, it is Paul DeLorean, the legend’s nephew, and his startup DeLorean Aerospace, who will be making a flying DeLorean a reality. 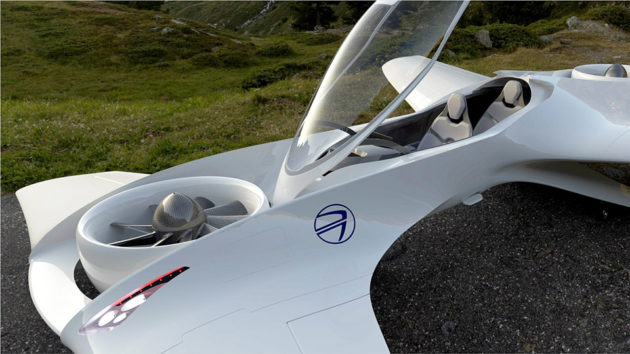 And really, no, no flying DMC-12 and certainly, there won’t be one that time travels. So, don’t expect a chunk of Mr. Fusion-powered brushed stainless car zipping across the skies. It will more like a light aircraft which the young company christens DR-7 VTOL. So, yeah, it is a vertical take-off and landing vehicle after all. No witchery or anything magically here. In other words, it is far from our sci-fi movies-driven fantasy, but I supposed it will do as long it can actually function like a car, or at least, fits into a garage and also, it should never need a runway. 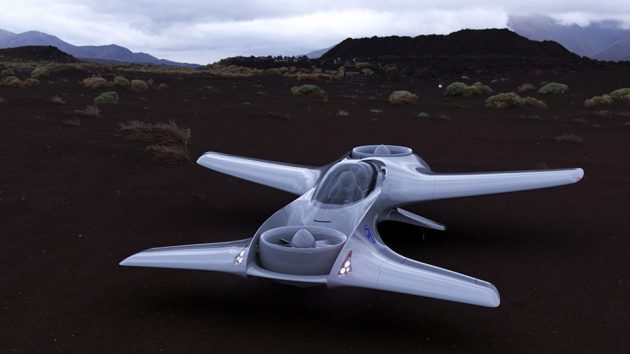 What DeLorean Aerospace is embarking on is not unlike some concepts, but it does have a rather compelling pitch that describes the DR-1 as “built like an F1 race car,” but destined for the sky. Ok. So, it is a sports aircraft, I get it, but with VTOL capability. Anywho, the DR-1 will feature a monocoque composite body and high-efficiency wing design to realize both speed and maneuverability. Like some of the flying cars in development, it will have hinged wings that are designed to be easily stowaway so it could be parked in your home garage. Plus, it will be electrically driven with an audacious goal of making 120 miles (approximately 193 km) on a single charge.

Considering that most electric-powered “flying cars” or personal light aircraft only touts 25-50 miles (or about 40-80 km). How exactly that will pan out, remains to be seen. At this point, it is all about development and we will be eagerly anticipating its arrival (not that anyone of us will be able to buy one…). That being said, there are really as much information as you have read here, so far, which makes the anticipation even more exciting. I, for one, will be keeping my eyes peeled on its development cos’, after all, it will be the first real flying DeLorean.