You have seen DJI’s drone being use in agricultural operations, now meet the DJI Mavic 2 Enterprise. DJI Mavic 2 Enterprise is DJI’s solution to go beyond aerial imaging. As the product name implies, it is based on the Mavic 2 which was unveiled back in August. So, yeah, it is essentially the Mavic 2 and thus, it has all the perks and features the Mavic 2 has to offer, but the Enterprise edition can do more – thanks to the support for payloads that give operators more functionality. 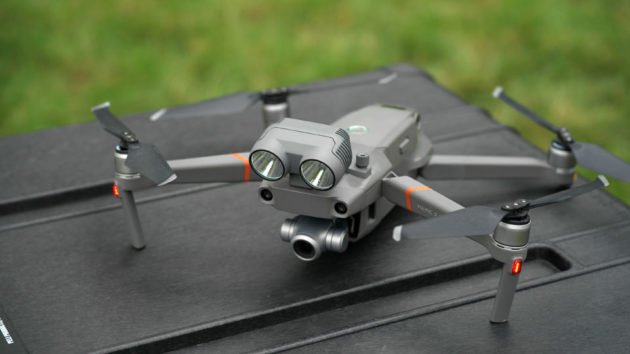 The key difference here is, optional payload can now be attached to the top of the drone. For the start, DJI is offering a spotlight for low-light search and rescue, a loudspeaker for emergency operations, and an ultra-light beacon that, despite its diminutive size, is said to visible from up to three miles away. Those are not it. DJI has gave the DJI Mavic 2 Enterprise 24 GB onboard storage, plus “new security features” that will safeguard the data in the event the drone got snitched.

DJI has already proven itself in the drone industry and so, there’s really no reason to question its capability, but I do have my reservation. You see, DJI drones are never built to be abused and I wonder if it could take the punishments that come with duties like search and rescue. I mean, it has to stand up to abuse like extreme weather conditions, such as strong winds and downpours, and the dust and debris that it will inevitably run into. 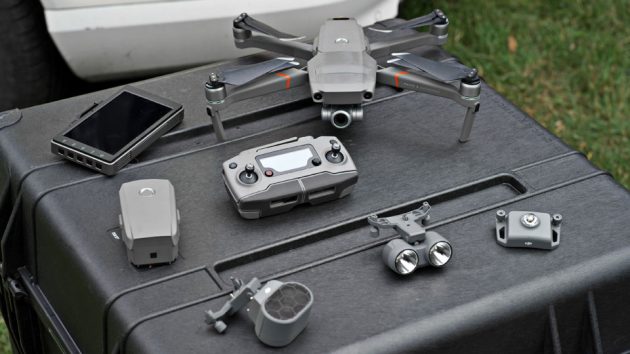 Anyways, beyond those, on-paper, DJI looks set to reach beyond the traditional drone market. As far imaging is concern, the DJI Mavic 2 Enterprise shares pretty much everything the Mavic 2 Pro and Mavic 2 Zoom have to offer. This means, the same body shape, a foldable design, along with a 12 MP camera with 2x optical zoom and 3x digital zoom, sophisticated obstacle avoidance technology, 45 miles an hour top speed, and 31 minutes of flight time.

Given DJI’s technical expertise in drone development, I am sure it is a matter of time before it will take a dive into developing specialist drones. In the meantime, DJI thinks that DJI Mavic 2 Enterprise is just capable of filling in the shoes. As a boon, the Mavic 2 platform is, surprisingly, affordable, coming in at $2,000 for the drone and the three aforementioned payloads. Skip ahead for a rather dramatic official product video to see what the Mavic 2 Enterprise has to offer.