Rejoice! Fans of Nutella! You will soon be able to consume a selection of pastries and snacks tweaked with a dose of the world’s famous hazelnut spread. If you didn’t already heard, Ferrero, the parent company of Nutella, has announced the first Nutella-branded cafe in Chicago. The cafe, located at 189 N Michigan Ave, is the first cafe/restaurant owned and operated by Ferrero and it will serve up, Nutella-based baguettes, waffles and even gelato, along side other non-Nutella touched items to satisfy the gastronomical demands of both fans and non-fans. 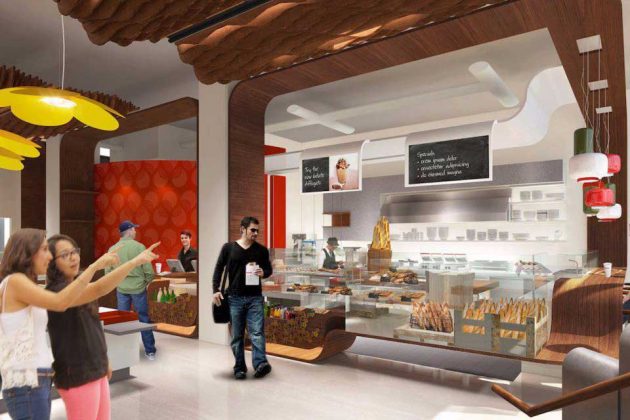 Nutella North America’s intention is not only to please your sweet tooth, but it wants to offer patrons a full experience. In other words, it is a lifestyle pitch. This world famous spread is ambitious; it wants the sweetened hazelnut cocoa spread to become a lifestyle. The cafe will be throwing its doors open on May 31 at 10AM CT and it is inviting you to join in the grand opening celebration.

According to the event post on Facebook, the first 400 fans will be rewarded with a coupon for one free select menu item, plus “other special surprises,” and it also hinted that patrons on this day may “run into a famous celebrity chef.” Whoa. Celebrity chef, they said? I wonder who will that be? I am sure Gordon Ramsey is not much of dessert person, is he? So, it couldn’t be him, isn’t it? Then again, Chicago, being a food town, is surely not lacking of celebrity chefs. So it could be anyone of them.

Anyways, already 6,000 people have shown interest in attending the event and no less than a thousand confirm on Facebook that they will be hitting up Nutella Cafe. So, good luck if you are trying to score a free item menu and some surprises.