For the longest time there’s only one McQueen who was known to have an insatiable appetite for speed. Today, we found another – a living, breathing McQueen who apparently shares the same craving for speed and like Steve McQueen, we think he’s going to be very famous too because of his “Insanity.” Nope. Ryan McQueen is not losing it because of speed, although some would argue he might gone completely bonkers because the Canadian petrolhead spent 12 years and 90,000 Canadian money (around US$70,000) to build a Ferrari Enzo replica powered by a pair of Rolls-Royce jet engines – yep, the same thing that makes an aircraft flies. 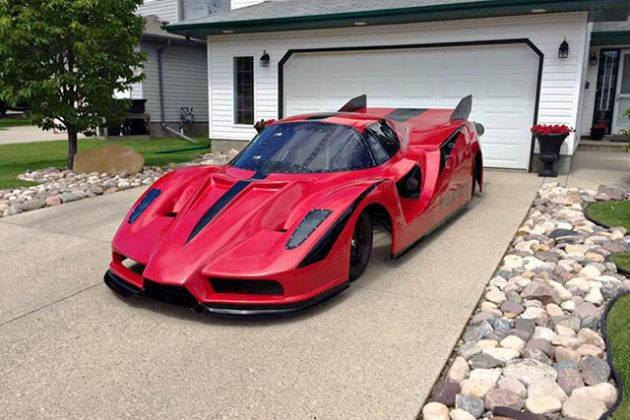 Granted, turbine powered cars are not the newest news, but this McQueen from up North’s creation, aptly named “Insanity,” is probably one of the craziest in the recent history of craziest custom cars. The pair of turbine produces a combine of 62,275 Nm (45,932 lb-ft) of torque – that’s a good 14,000 pounds of thrust in aviation speaks, which is more than ample to power a small business jet. However, this mad scientist creation won’t take to the sky, much less roll along the highway cos’ obviously, it isn’t road-legal and we doubt it ever will because, you know, fire-spewing exhausts and other road users aren’t exactly the most compatible. 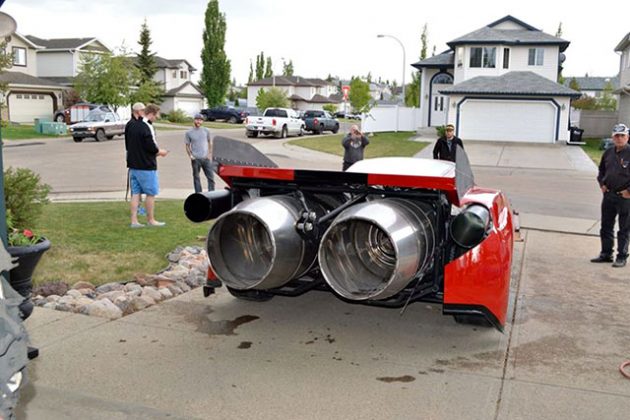 Having said that, Ryan’s 1,723 kilograms (3,800 lbs) land rocket is destined for tracks or places like the Salt Flat at best, where it can rocket to 650 km/h (404 mph) all it want but of course, not without some serious monetary expenditure cos’ it is a perpetual cotton mouth, reportedly gulping down 400 liters (106 gallons) of aviation fuel in just two minutes. Clearly, not the most economical ride, but hey, it is still rather conservation – if you compare it to the much slower M1 Abrams tank, isn’t it? 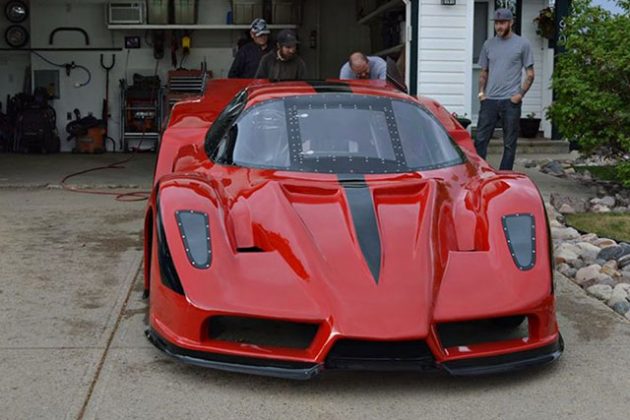 Insanity may be a Ferrari Enzo replica, but it only resembles the iconic vehicle’s front section; the rest of the car from mid-section rear-ward, is every bit of a dragster. Apparently, Ryan got hooked with the idea of a jet-powered car after a visit to a jet car race and decided to build his own. He got down to realize his dream, first by trading in his Chevrolet Corvette for cash, which he used to pick up the jet engines from an auction. In the span of 12 years, Ryan spent two years to create the body and another five to develop the underlying frame. 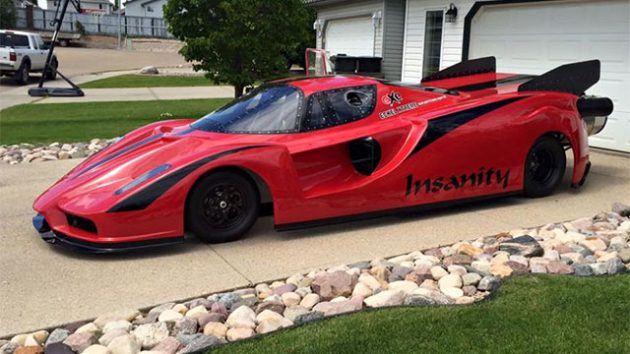 via Maxim via Motor