Earthrace is a conservation outfit that has been going around the world to stop illegal fishing, hunting and wildlife trading, and it uses a boat, trimaran boat aptly called Earthrace, as its base of operations since 2006. But the original vessel is outdated and besides, an unfortunate crash with a Japanese whaling ship back in 2010 leaves them with vessel. So, in order to keep doing what they do best, they need a new and updated ship and this is where Earthrace-2 Conservation Vessel comes in. Hearing the word ‘vessel’ may bring about the impression of it being a research vessel lookalike, however, as you can see, the Earthrace-2 Conservation Vessel is anything but. 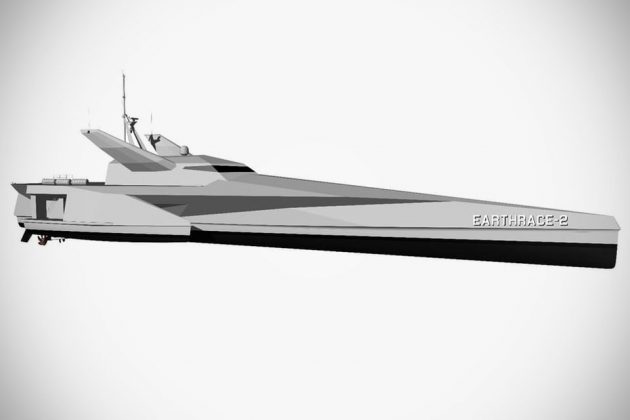 Designed by LOMOcean Design, this new boat is also based on a trimaran configuration, but this time, it is larger and sports a much angular look, which based on the design render, looks like part frigate, part Batboat. The proposed vessel won’t be breaking any sea speed record, but it will be more up-to-date to suit Earthrace growing needs and that means holding up to 26 people aboard (though overnight crew capacity is limited to just 12), along with an onboard theater for 30 pax, and a pair of tenders, including a 29-foot (7.7 meter) Sealegs Amphibious Vessel and a Zodiac Milpro 470 Dinghy, hidden away inside and ready to be deployed if the operatives need to board other boats or land on shorelines. In addition to renewable fuel, Earthrace-2 will also be equipped with Skysail Kite System for auxiliary power to further minimize the boat’s carbon footprint. 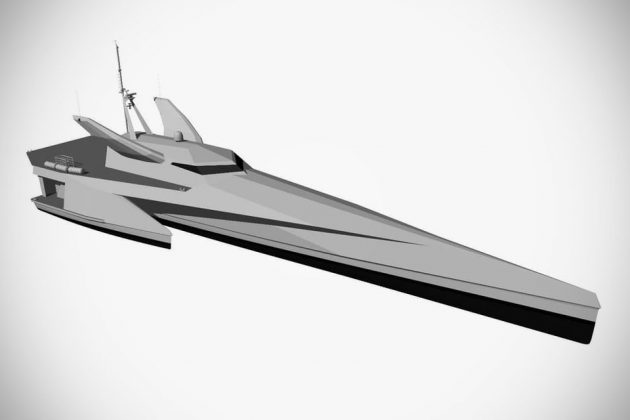 Other noteworthy details include a sandwich composite construction, a 10,000 nautical mile range, a top speed of 25 knots, and a maximum capacity in port of up to 200. The plan is to patrol the world with Earthrace-2 for eight months a year, leaving the rest of the time carrying out awareness tours where the 200 pax in port cap and the theater will come in handy. Earlier this month, Earthrace successfully concluded a Kickstarter to complete the designs of Earthrace-2 and if all goes as planned, construction of the new trimaran will start in January 2017. 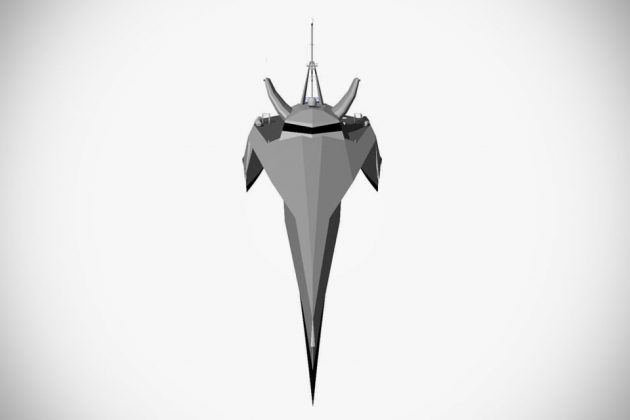 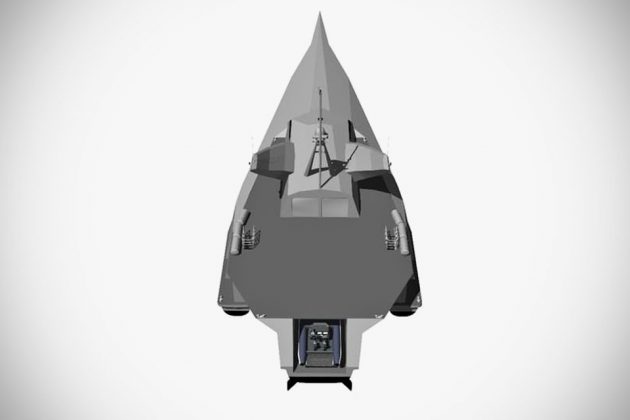