This is not a Hummer replacement. The U.S. military has already found that. This one here, the Chevrolet Colorado ZH2 Fuel Cell Vehicle, is the future of the battlefield. Apart of having the ability to go places – thanks to its lifted ride height and massive 37-inch tires – it is fuel cell powered, meaning it will be going places in a stealthy manner. On top of that, it has what GM refers to as “Exportable Power Take-Off” unit which allows the fuel cell power to support activities away from the vehicle, even if it is in areas where electricity supply is non-existence. 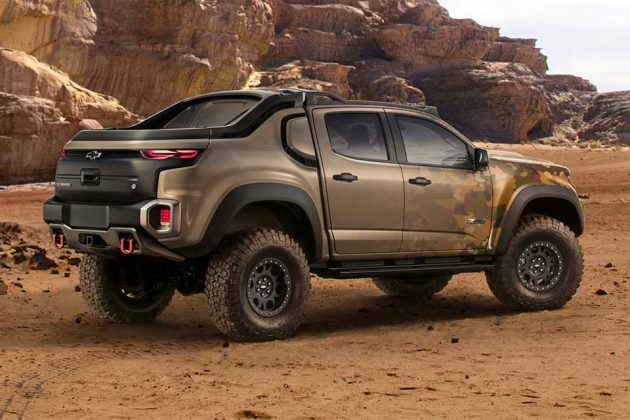 With fuel cell, it also lowers the vehicle thermal signature, thereby helping in survivability. Also, an electric drive provides torque across a broad range of speeds, giving it the torque it needs wherever the crew needs it. Best of all, it has a clean byproduct, i.e. water, which could be God damn useful in the heat of the battle where everything is out of reach. As for the looks, well, the vehicle 6 /12 feet tall and over 7 feet wide off-roader appeared to be something straight out of a video game, or as some would say, looks like a show car an automaker would turn out in a car show. 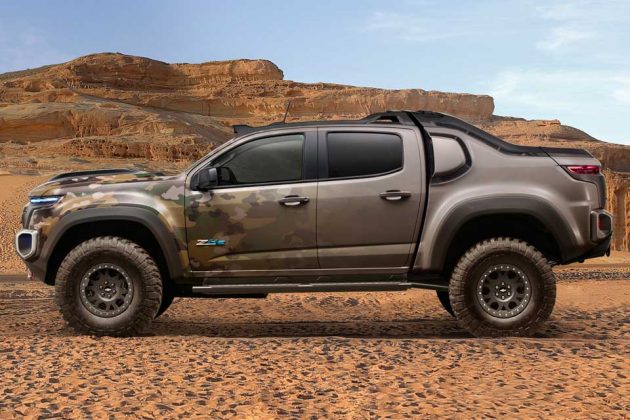 It looks pretty and all. Not nearly exactly the rugged look one would have expect from a military vehicle. The red tow hooks are nice show car touches but they have no place in a rugged combat vehicle. We are cool though, as this is, after all, an experimental vehicle. Whether or not it will be eventually win a place in the formation is still subject to a lengthy real-life tests. I am sure the evaluation criteria goes beyond the hardware. It is likely to include consideration of cost of operation, which the hydrogen fuel cell could be rather prohibitive at this point in time.

The military is no stranger of high-maintenance weaponries and vehicles, though I am not sure a truck would be worth the cost. I mean, you can justify jet-engined powered tank for the destruction it can put downrange, but a truck? Hmmm, not sure about that. 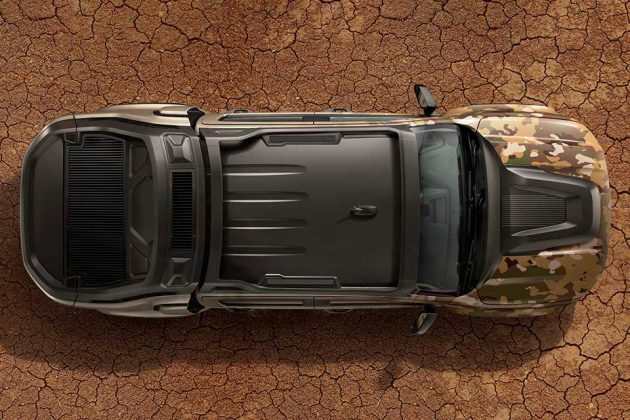 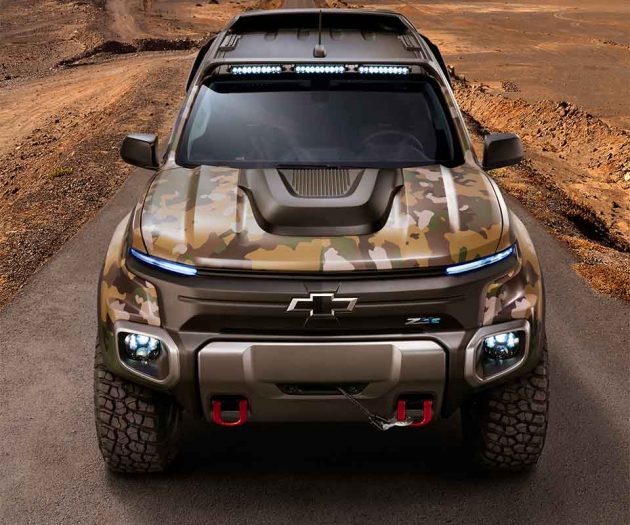 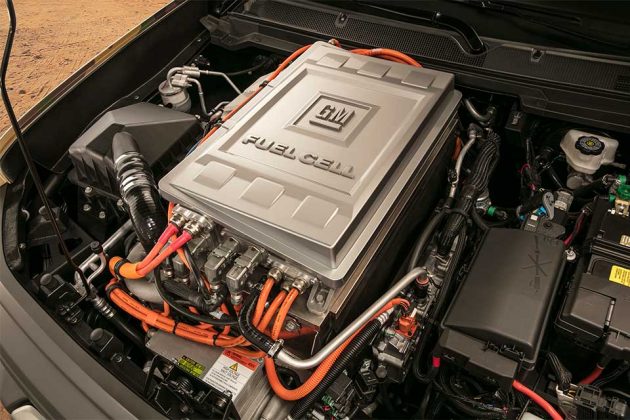 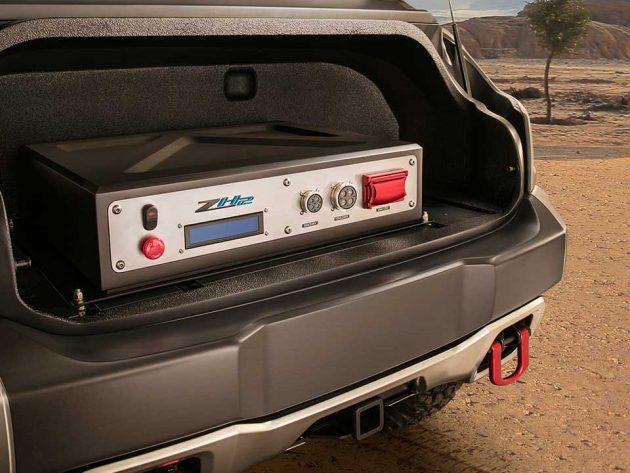 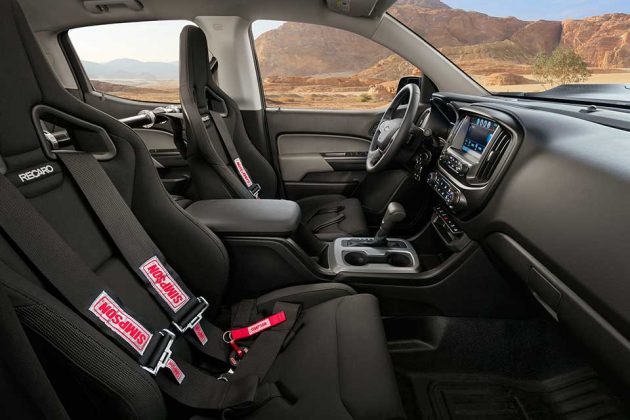 Source and images via General Motors.