If there’s anyway to convince potential truck buyers how bloody strong the 2017 Chevrolet Silverado HD truck is, it is to have a big-ass flag in tow and in the process, setting a new Guinness World Records for World’s Largest Flag Pulled by a Moving Vehicle. And that, my friend, was exactly what Chevy did. The record saw a 2017 Silverado HD powered by Duramax 6.6L turbo-diesel motor with 445 horses and 910 lb-ft (1,234 Nm) pulled an enormous 3,200 square-foot (297 square-meter) American flag around the Texas Motor Speedway’s 1.5 mile oval. 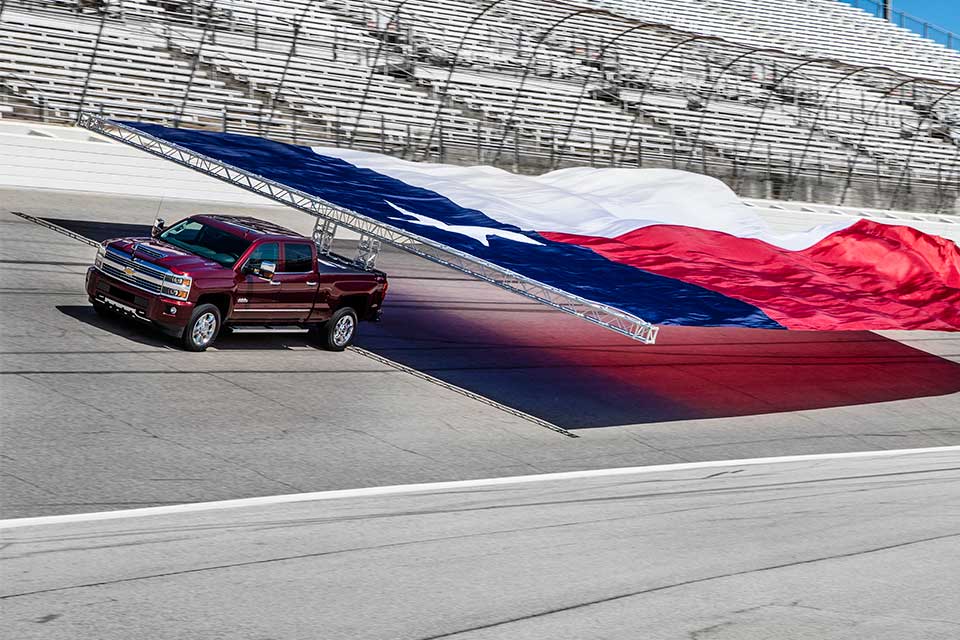 To qualify as a world record in Guinness’ books, the vehicle has to travel just 328 feet without the flag touching the ground. So, as you can imagine, the truck has to move at quite a reasonable fast speed in order to keep the flag aloft. The feat was made possible thanks in part to a upward folding custom 40-foot riggings, as well as some helping hands from a team of 20 people who were there to heave up the flag for the launch and retrieval of the flag. Anywho, not only did the 2017 Silverado HD fulfilled Guinness’ requirements, it did so completing four laps and also doing the same with an equally-sized State of Texas flag to mark the beginning of the 2016 State Fair of Texas. 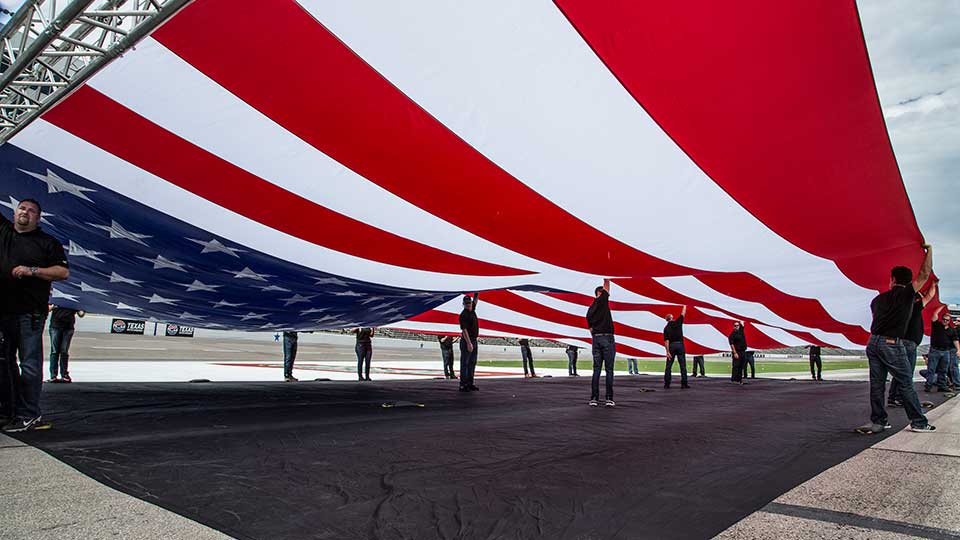 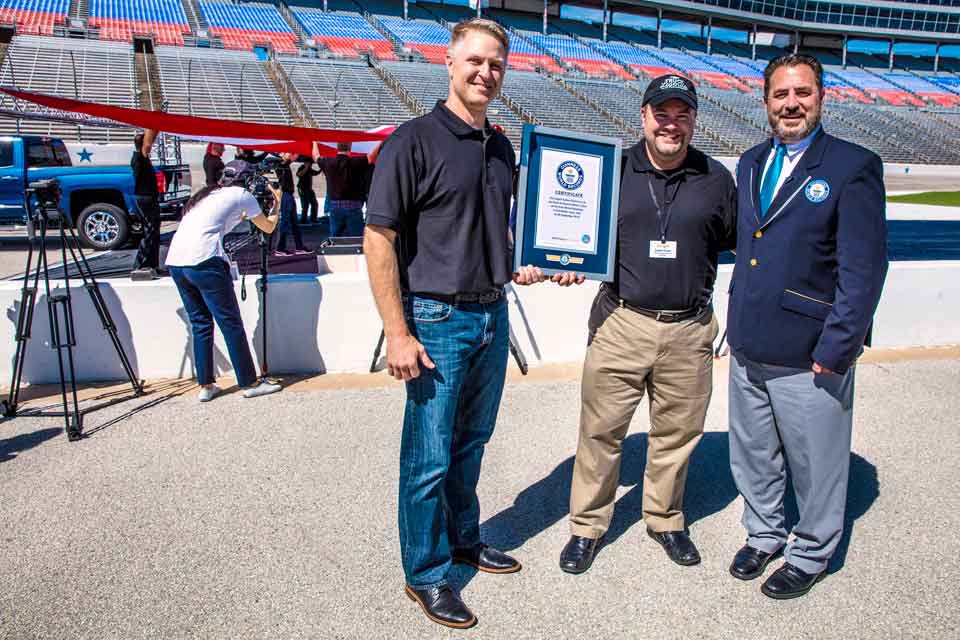