It shouldn’t surprise us. After all, Google already has its own laptop and it is a matter of time that it has its very own smartphone. Also, not surprisingly, it is called Pixel. Pixel, Phone by Google, is the first phone made by Google, inside and out. Like its laptop counterpart, you can expect a premium experience, along with a rather premium sticker of $649 and up. For the uninitiated, do not confused this with Google’s Nexus lineup. This ain’t no partnership with any hardware maker. It is Google and Google alone. Think Pixel Phone as Apple’s iPhone. Everything from the hardware to software is conceived under the giant roof of Google. So, I’d say you can expect harmonious relationship between the hard and software with this device. 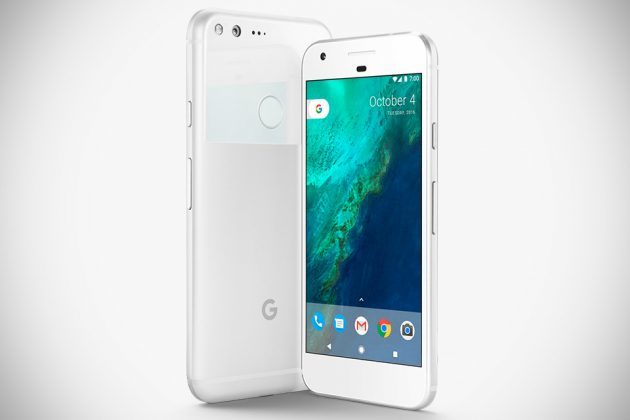 Design, like Apple, is pretty up there too. Boasting a curvaceous form, the Pixel Phone sports 2.5D Corning Gorilla Glass 4 on the front as well as the back, protecting the aerospace-grade aluminum body. The entire thing is fancifully called “glass supervisor,” btw. Also on the back is where you will find a fingerprint sensor, right smack in the middle, on the upper half of the device. Two models are being offered: a 5-inch Pixel and a larger 5.5-inch Pixel XL. Kudos to Google for the originality here. To be honest, we are kind of sick of other makers picking after Apple with ’s’ and ‘plus’. It is a subtle touch, but it does a lot to show a corporate’s determination for originality.

Here’s the product video to entice you a little…

Anyways, expect nothing but the best be in either devices. Speaking of best, Pixel is the first phone to feature Google Assistant, which is pretty much the suave version of the Google Now. All you need to do is to say “Ok Google” or touch and hold the Home button and speak in your natural voice to get started. Both devices share the same processor, imagers, storage and et cetera, only differing in display, battery and the obvious, physical size.

Running the clockwork is the currently revered Qualcomm Snapdragon 821, backed by 4GB LPDDR4 RAM. Main camera exists as a 12.3MP item with 1.55 micron pixels and f2.0 aperture, while the front gets a 8MP example with 1.4 micron pixels and f2.4 aperture. Other common features you can expect include up to 128GB onboard storage, 4K videoing at 30fps, USB Type-C USB 3.0 port, single bottom-firing speaker, three mic setup with noise suppression, plus the usual serving of connectivity and sensors. And oh, it still has a 3.5mm headset hack, which is kind of awesome. Keep going to the complete spec rundown of both models.