Give a talented, gizmo-inclined artist a Game Boy, a GB camera and a GB thermal printer, and what do you get? To be honest, we are not sure about what other artists will do, but for Dmitry Morozov, it was an opportunity to create a one-of-a-kind ‘firearm’ that literally lets you “point and shoot”. This electronic art, as we like to call it, dubbed GBG-8 gun is in fact a 8-bit instant photo gun made up of the aforementioned Game Boy components, along with Arduino, optical relays, a “long life battery” and a toy gun. The trigger of the hacked toy gun serves as the shutter button, where upon triggering, captures what’s in front of it and print them right there and then – in all its, low-resolution glory. The captured image is display on the game boy screen (in grey scale, naturally) before being printed out as an 8-bit image on a roll of thermal paper. 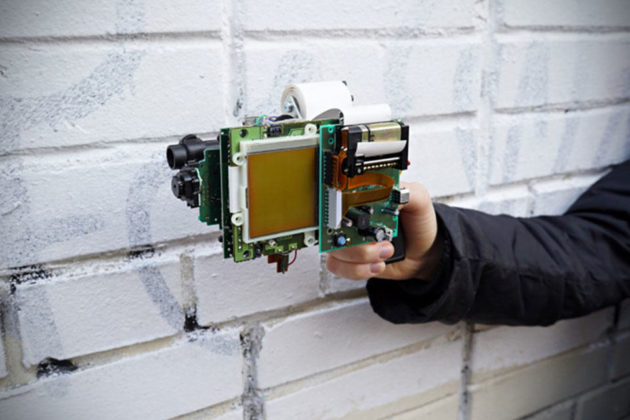 The thermal paper here, we presume, would be considered the GBG-8’s ‘ammunition’. Just think of it as a Polaroid that shoots and print in 8-bit and comes in the form of a gun. We vaguely remember the Game Boy camera’s output, but we should be safe to assume that the GBG-8 does about the same and that, in today’s context, is pretty much known as art. Pretty awesome stuff. Just imagine your self-portrait in 8-bit. Must have looked super cool, right? But we don’t suggest doing such act of “point and shoot” in any places other than your home and also, do step away the windows too, just in case your nosy neighbor think that there’s a hold up going on in your home, which in such case, you know what’s going to happen next. Scroll down to see more of the GBG-8 and also catch it in action in the embedded video below. 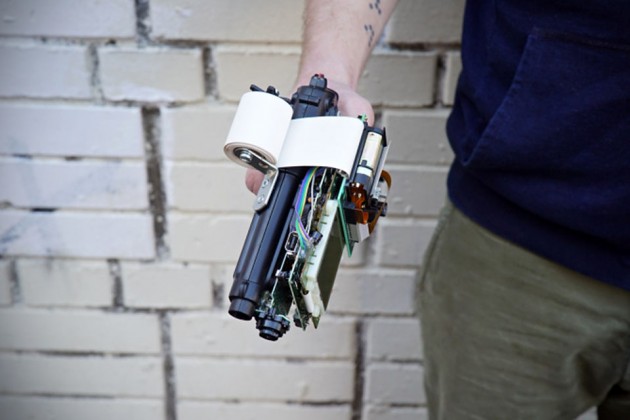 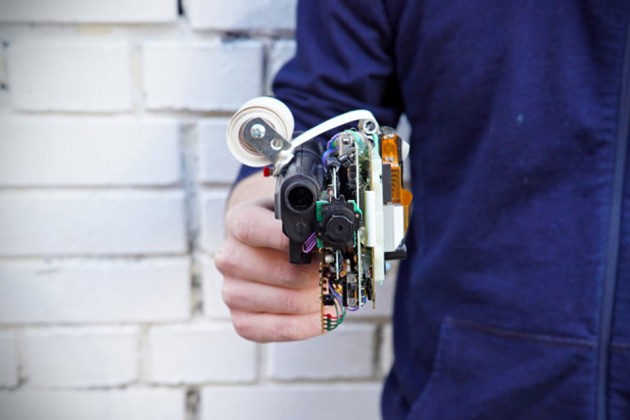 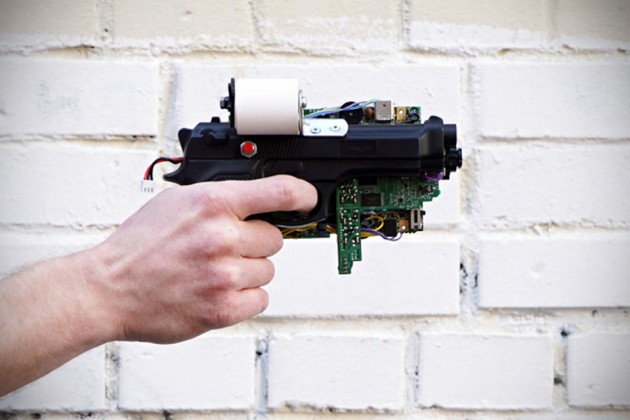