At a glance, you may thought this building in Hong Kong had a bear popping out of its side, but upon closer inspection, it turns out that it was an optical illusion created by Madrid street artist Okuda San Miguel. The giant wall mural employs Okuda’s signature geometric shapes that not only adds vibrancy to an otherwise nondescript building but when viewed at a certain angle, these geometric shapes and colors that form the bear make the mural appear to be jutting out of the building, thus giving the building a non-uniformity look that somehow breaks the monotony of modern day skyscrapers which occupies much of Hong Kong’s skyline. 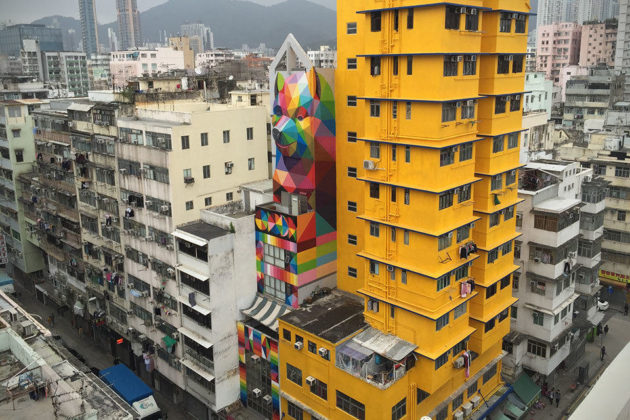 Okuda, who previously transform an abandoned church into a beautiful skatepark, created the geometric bear wall art, which he call ‘Rainbow Thief’, as part of the HKWalls Street Art Festival. The artwork took him and his team just four days to complete. I don’t what is it with this particular mural, but for some reason, I can’t help but to keep looking at it. It’s strangely addictive to look at, hence the post. How about you? Were you drawn to it like we did? 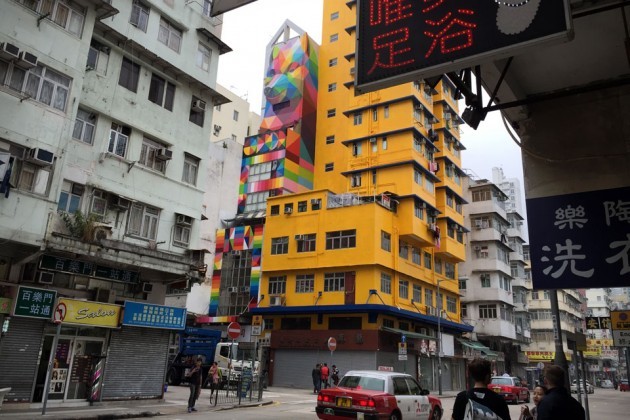 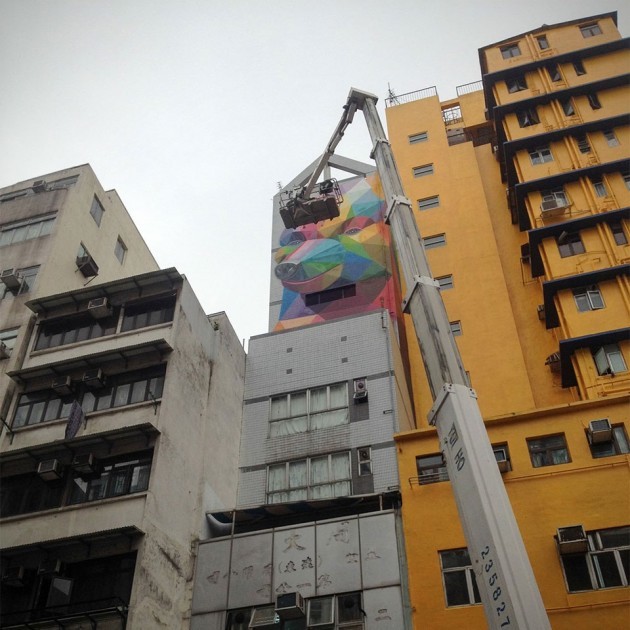 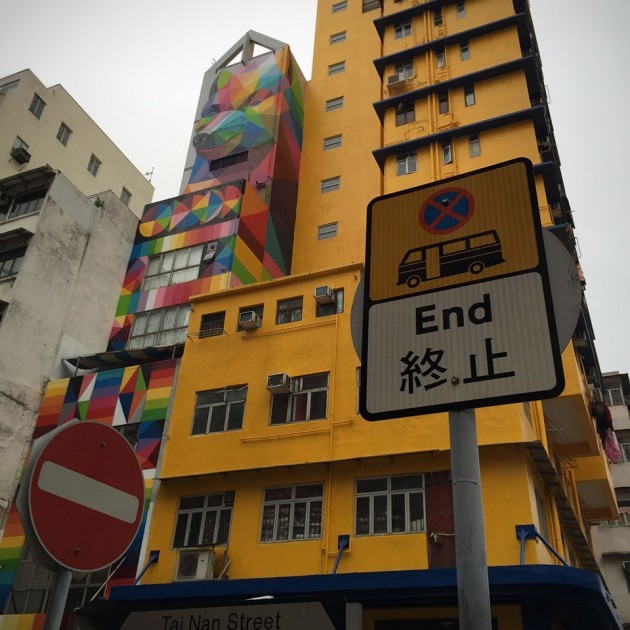 via Lost At E Minor