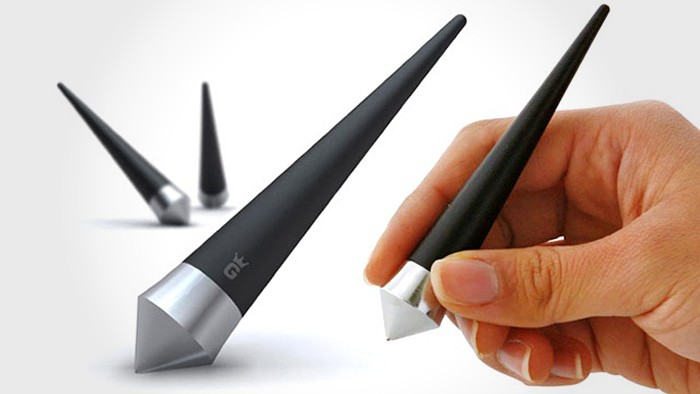 like many things in life, basic writing instrument such as a pen hardly needs any need new innovation, well, except may be for the ink it uses. however, if picking up a pen from the desk proves to be a chore to you, then perhaps the Slända pen by Gustav Innovation might be of an interest to you. in fact, it should be an interest to you. first off, it doesn’t look anything like a conventional pen (yes, it is a pen). secondly, it will not lie flat on the desk and risk rolling off the table. the Slända pen sits elegantly at an angle, much like a resting dragonfly, on your desk. so you can say goodbye to rolling pen, to picking up a pen flat from the desk surface and to a certain extend, say bye to your pen holder altogether. we know, it sounds kind of funny – ridiculous to some extend as to why we need to go to such length to grab a pen from the air but nevertheless, it is still a feat to even get to stay at that angle. we just hope it won’t start circling around, creating unnecessary graffiti on our table top. the Gustav Innovation Slända Pen can be yours for $30 each.