What do you do when you are stressed? Hit the gym? Go for a run? Hit up your local watering hole? Or maybe just the good’ol pulling of hairs? Those are some things that people do to relief stress, but do you know entering a state of daze, or spacing out, helps too? And do you know there exists an international competition on space-out? Yup. Space-out competition is a thing. In fact, it has been a thing since 2014. Created by South Korean artists Woops Yang as an action art and since then, the competition has been held in South Korea, China, The Netherlands, and more. 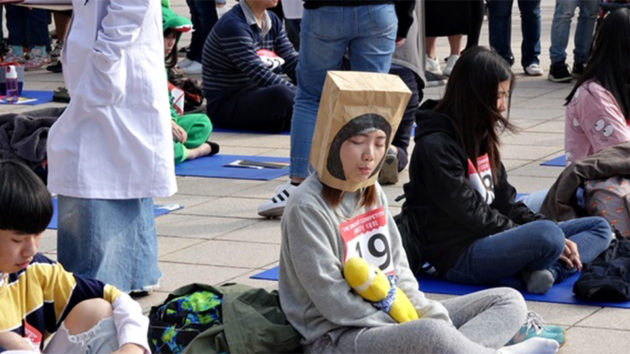 But what is space-out competition? Well, it is a competition where competitors do nothing but space-out. Duh. In this fifth and most recent competition held in Taiwan, the contestants were given 90 minutes to space-out. And when we said space-out, it was really space-out, you know, like do nothing at all. There will be no fiddling with your phone, nor sleeping will be allow. Sounds simple? Well, it is tougher than you think. I mean it is not hard to imagine the difficulty in not doing anything, especially we are all slaves to the connected world, namely, the Internet and smartphones. 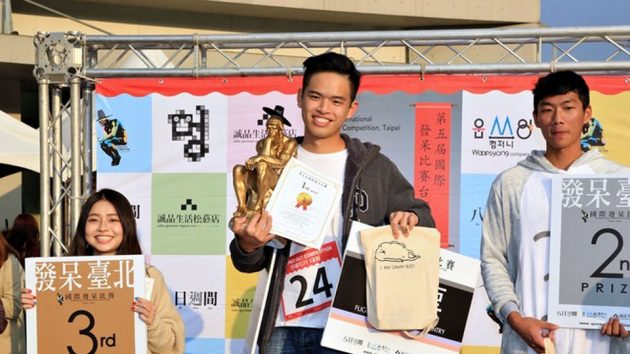 Obviously, there’s no chatting with your neighbors, singing or dancing. Basically, space-out means space-out. No more, no less. Also, there are judges going around checking if the contestants are really spacing-out or have they entered into la la land. Anywho, in this latest edition, a fourth year Hong Kong university student was crowned the champion of Space-out. Yep. A Hong Konger had traveled to Taiwan to take the glorious crown of king of space-out for the 5th International Space-out competition, Taipei, 2017. He even cheekily said he has been spacing-out since his secondary school days. Well, what can we say? Who would have thought spacing out could be rewarded?