Premium ‘luxury’ Android phones are not new, but they are usually the forte of luxury brands like Vertu, Porsche Design, Tag Heuer et cetera with their very specific target market, but a LG? You would hardly think so, but that hasn’t stop the South Korean handset maker from dishing out luxury version of its flagship LG V30. Called LG 30 Signature Edition, this luxe variety of the V30 introduced in September bears a few hallmarks of luxury that qualifies it as a “super” premium phone, including a limited run of just 300 units, zirconium ceramic back cover, option for engraving names, and a higher-than-‘stock’ RAM and onboard storage, coming in at 6 GB and 256 GB. 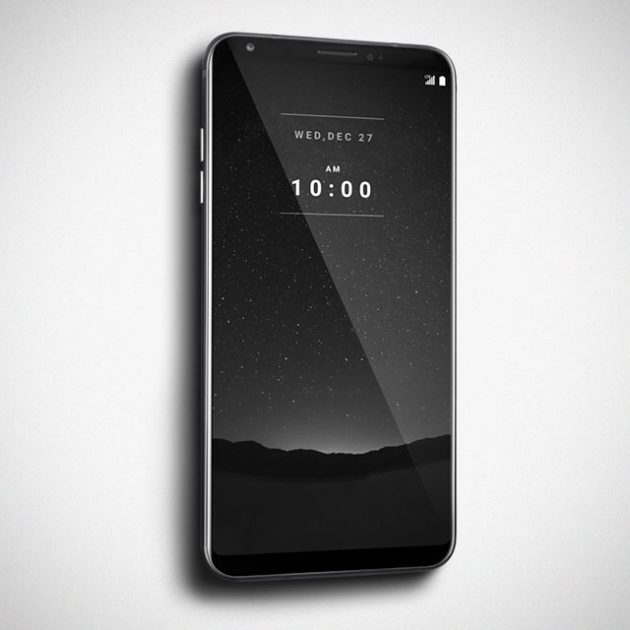 It will also flaunt something which the vanilla variety flagship does not have at this point: Android 8.0 Oreo OS. Beyond that, the specs and features are pretty much the same as the regular V30, including a near-bezel-less 6-inch P-OLED display with 18:9 aspect ratio, a 3,300 mAh battery, wireless charging, and dual camera setup around the back. So how much is LG expecting in exchange for this luxe V30? 2-freaking-million Won! Holy mother of… that’s like US$1,850 which makes it the most expensive non-luxury brand Android smartphone to date.

At 2 million Won, the Signature Edition surpasses even iPhone X’s ridiculous 1.63 million Won asking price in South Korea and a good one million Won pricier than the regular model. I don’t know what is going through the mind of the folks over at LG. I mean, seriously, nearly 2 grand for a non-luxury brand Android smartphone. Are they alright there? I doubt you will be getting personalized concierge service like within those luxe brands. And a what? No precious stones, either???

Anyways, we don’t have worry much because, LG V30 Signature Edition is exclusive to the South Korea market and so, even if you have the money drop, you won’t be able to get it. Then again, if $1,840 feels like a drop in the ocean for you, you could probably fly there and acquire it yourself.