What do you get when you dress a man in iron suit? He becomes an Iron Man, duh… and what happens if you do the same to a cute, cuddly panda? Well, the panda becomes an Iron Panda, of course. That’s precisely what Chinese artist Bi Heng did: marrying China’s national animal, the giant panda which happens to be the most loved animal in China, with Chinese love for Marvel superhero, Iron Man, to create this enormous statue aptly called Iron Panda. Iron Panda stands a mighty 30 feet tall and set in a ready-to-strike kungfu stance that gives it a 23 feet width. 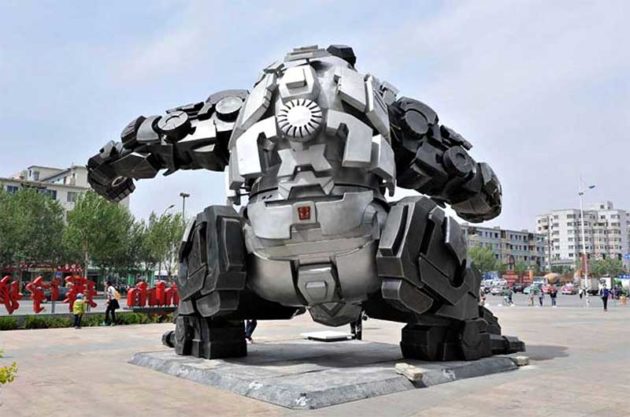 Tony did not create a suit for this Po-lookalike, instead this panda is suit up in a Chinese iteration of Tony Stark’s armored exoskeleton suit which is armed with yin-yang beams as opposed to Tony’s proprietary arc reactor and repulsors. No word if this giant cutie will fly or not though, nor if the yin-yang beams actually works and if does work, what will they shoot. Energy beams, perhaps? Also, the yin-yang arc reactor and repulsors will not light up like Hot Toys figurines. Seriously, it needs no further eye-candy, as the sculpture itself is enough to draw droves of curious spectators. 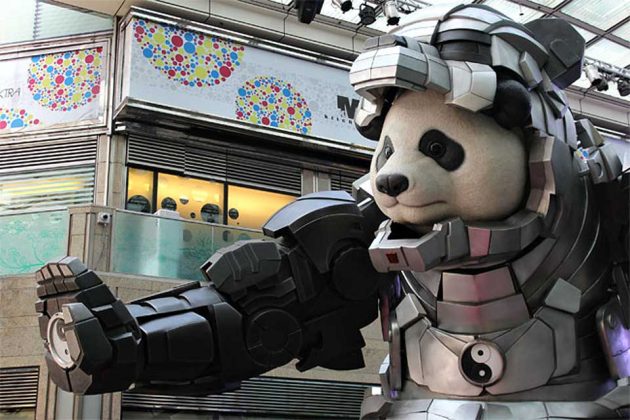 Apart from the colossal Iron Panda, Heng also created a bunch of tiny ones which were created as part of ‘Art Nova 100’, an art event that showcased 100 emerging Asian artists held at K11 art mall in Tsim Sha Tsui in Hong Kong last year. Fun aside, the Iron Panda sculpture actually hides a more profound meaning that roughly summarizes into a harmonious co-existence of progress and preservation of nature. But, seriously, can it ever be? I doubt so. 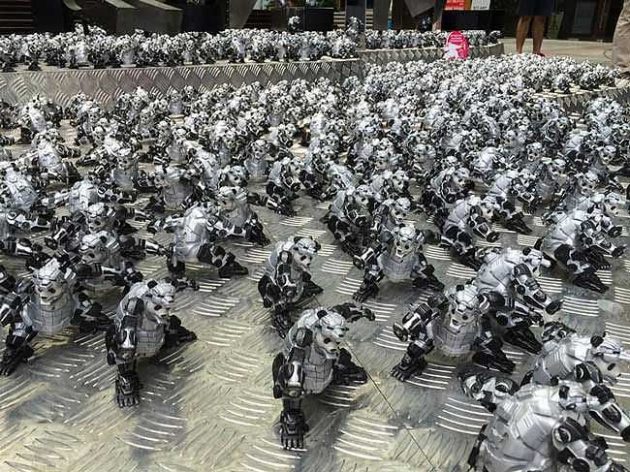 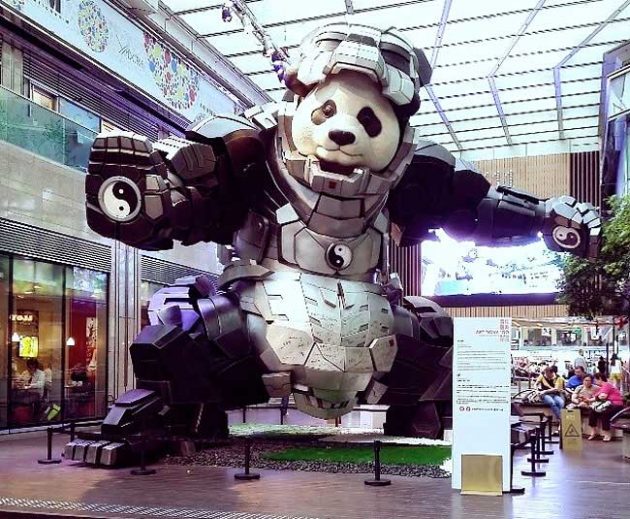 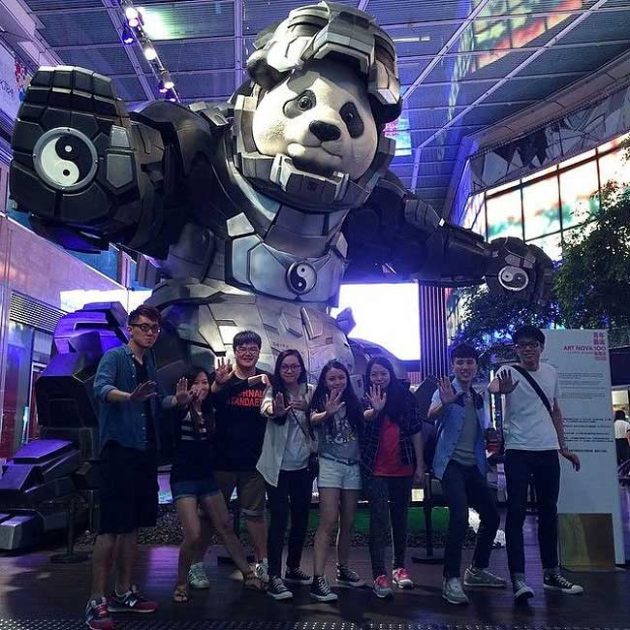 Images via design you trust.