When a person has his or or head in the clouds, it is usually not a good thing as it means that he or she is not paying attention. That, or the mind is loaded with crazy ideas that’s pretty much next to unrealistic, but in the case of this Heads in the Clouds, a collaborative work by artists Michaël Martins Afonso and Caroline Escaffre-Faure, it is the opposite. The sculpture consists of a series of white fluffy puffs that mimics the naturally occurring clouds we see in the sky. The ‘clouds’ can be found hanging midair at varying levels across the courtyards of certain private hotels and other buildings that are usually off limits to general public and these clouds invite visitors to literally have their heads in the clouds by, well, sticking their heads into the clouds, what else? 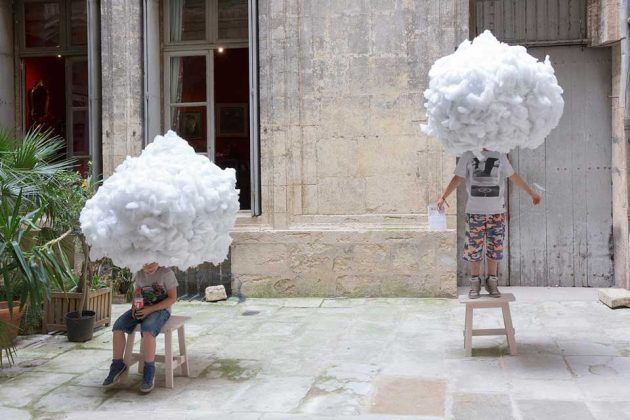 With the head within the cloud, each individual gets a short reprieve from the crazy world out there and possibly, take the opportunity to take a break from the rat race and dream. That’s quite a way to day dream, don’t you think? I mean, sticking your head into a cloud? Though I guess at least you don’t need to climb Mount Everest to get your head in the cloud and risk freezing your head and with this artistic, manmade clouds, nobody will know you are dozing off while pretending to appreciate art. 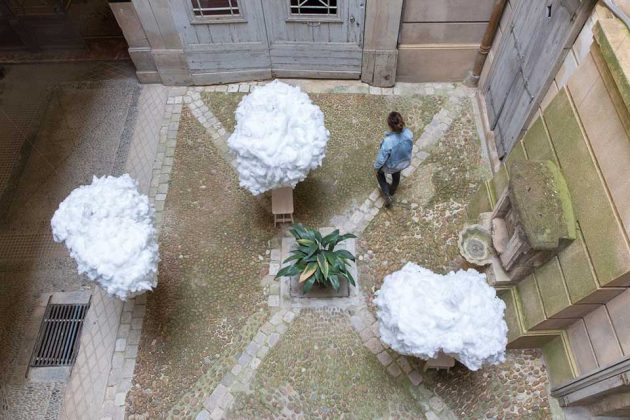 We have a concern though. You see, many people will be sticking their heads in those clouds across the entire duration of the Festival des Architectures Vives, which the sculpture is part of, and so, it begs the question of hygiene. Not to nick pick on this, but it will gross us out if the previous person sneezes in there – worst, leaving behind some ‘souvenirs’. Just saying… Anywho, with Heads in the Clouds a thing now, it is high time someone creates one with lots of planets, so we can stick our head among the planets and you know, space out. 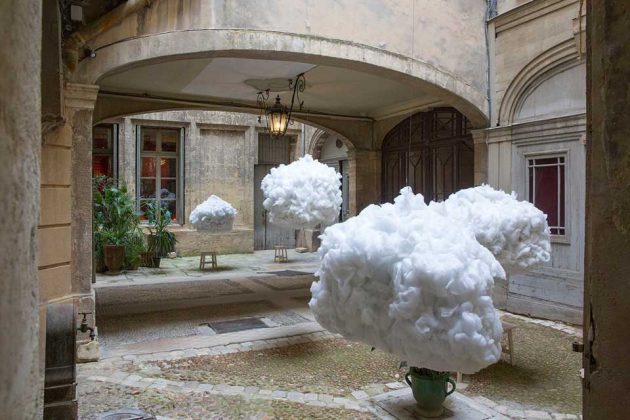 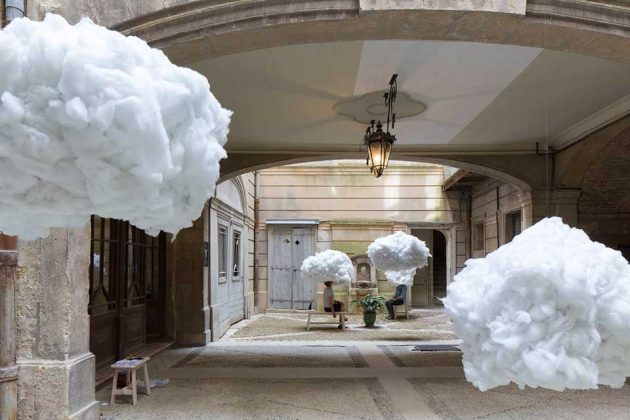 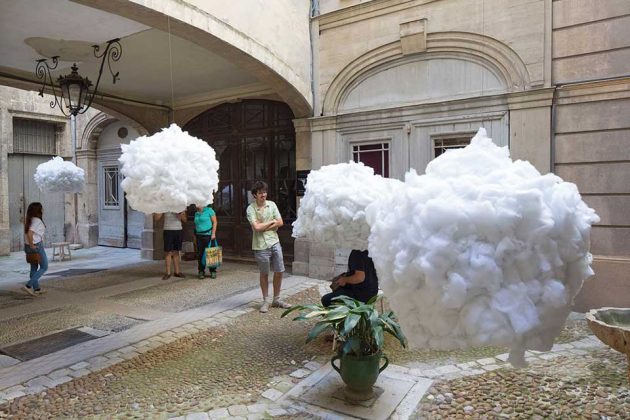 Source and images via Colossal