For those who just learn about police-turn-artist Johnson Tsang may have known him for his adorable satirical porcelain sculptures like Who Did It?, In Me and the likes, but did you know, this man with magical pottery skills had a powerful work that has a compelling message even many years on? The said sculpture series is known as Karma III – Battlefield that depicts the carnage weapons can do to human lives. In this arguably most complex stoneware Tsang had done so far, he fuses weapons with the destruction they can do to a human and the gore that ensues. 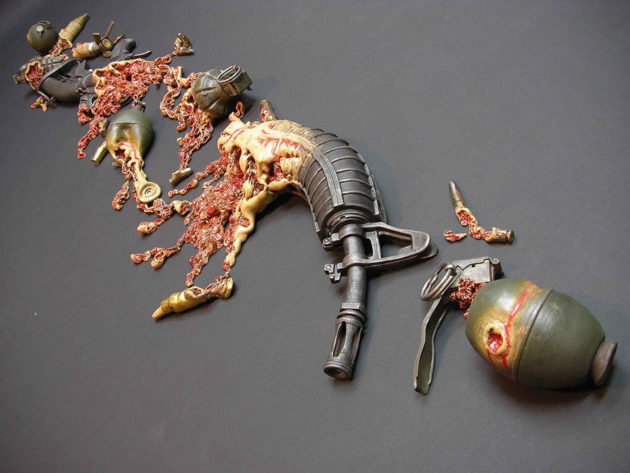 The result insanely mind-blowing sculpture series that saw weapons like AR-15 and grenades smelted into a mess of flesh and blood that have faces screaming out in pain (like the souls of the victims are being tormented in hell). The image is nothing less than disturbing and sends a forceful message that, as Johnson puts it, “blood for blood will only intensify the hatred and extend it to eternity.” He adds that “those who kill in the battlefield are at the same the victims. Nobody is a winner in a war.” 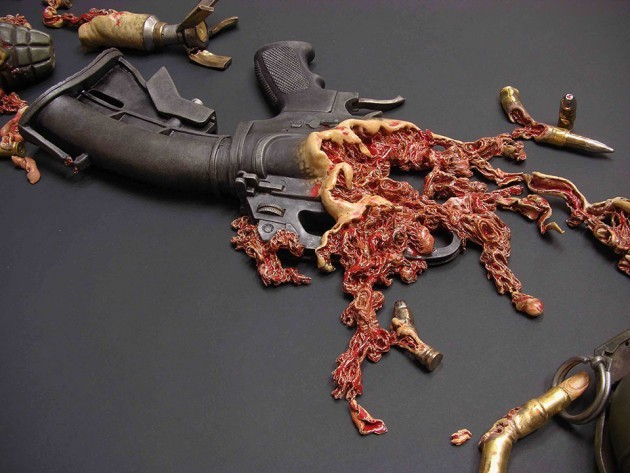 How Tsang came about with this concept was during a chance encounter with one photo while researching on the Iraq War. He told The Creators Project, “one picture spoke very loud to me; it was a father with tears in his eyes, holding a young girl (his daughter I suppose) with his both hands, but one of her legs was badly wounded—it was like the bloody flesh in Karma III—Battlefield. As a father myself, it broke my heart and I shed tears as well…The picture of the bloody scene and the weapon which caused this result kept knocking [on the door of my mind].” 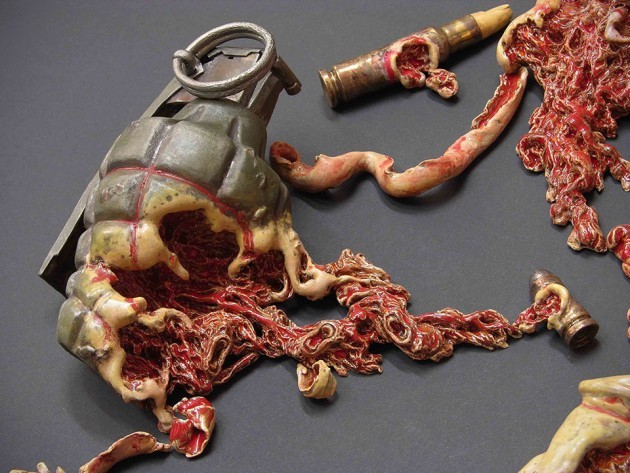 Tsang’s Karma III was harsh reminder of the devastation weapons can do – the loss of lives and the pain the loves one of the victims have to endure. We love guns, but not wars, however, we also understand how easy it is for a person to forget that the cold, hard steel in his or her can take away lives at a squeeze of the trigger.

I may not have been to war, much less any conflict, but during my service when I had regular opportunities to put some lead downrange, I saw for myself how “basic” 5.56 caliber rounds could do to a thick plank. From the surface, it looked like a small hole, but from behind, a huge chunk was taken off. I often thought about the ‘what if’ scenario; like what if that was my thigh? or my head? In reality, the only thing standing between my life and death (or disability) would be a lead. 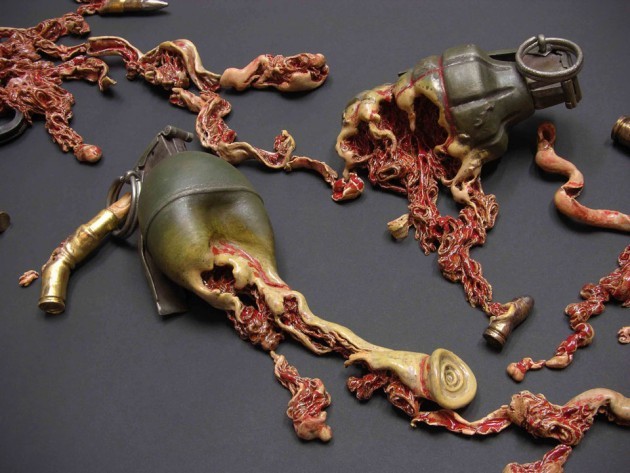 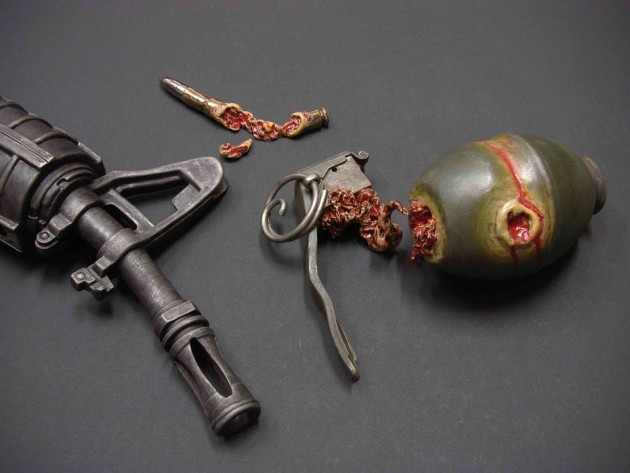 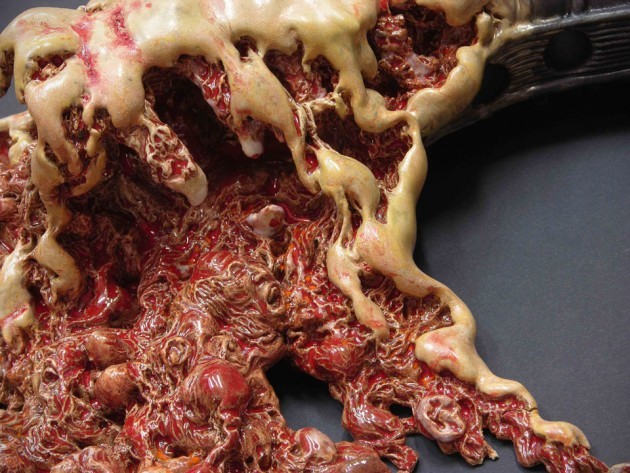 via The Creators Project