Yes. What you see here is really a Louis Vuitton toilet, but sadly, it is not an officially sanctioned product. I secretly wish it was. It was born out of a collaboration between online luxury goods marketplace Tradesy and Illma Gore, the prolific artist most famously remembered for nude portraits of the current POTUS, AKA the Tweeter President, AKA Donald Trump. I am not going to lie; I am quite impressed, especially when underneath that LV skin is a gold toilet (not real gold, I believe). Then again, I don’t know is it a brutal stab at the Parisian fashion label or a compliment. 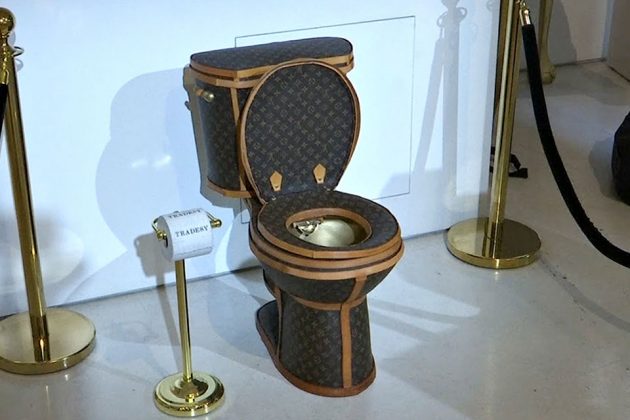 Well, what can I say? It is certainly one toilet bowl you won’t want to take dump, not just because it is wrapped in real LV leather harvested from a bunch of bags, including a 3 grand suitcase, from the luxury label, but mostly because it costs a whopping $100,000. So, yeah. It is not just an ‘art’, it is something you can actually own and obviously, there’s just one in the world. Appropriately titled Loo-uis Vuitton Toilet by Tradesy x Illma Gore (‘loo’, as in toilet, get it?), its existence took three months of Gore’s conviction and required the sacrifice of 24 different bags, valued at $15,000. 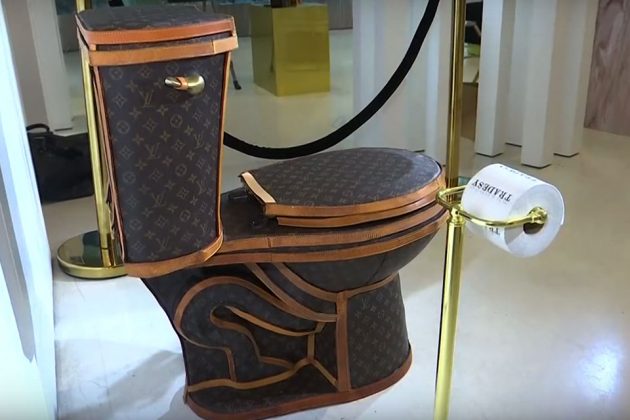 As you can see in the images and the video embedded below, every inch of the toilet, including the S-trap, is wrapped in the LV’s iconic monogram leather complete with brown leather trimmings. Well, every inch except the bowl itself and the interior of the reservoir because, leather, while water resistance to some extend, is not exactly water-friendly and obviously, no one wish to stain the lovely hide with their sticky dump. This one-of-a-kind toilet is currently on display at one of Tradesy showroom, but if you can’t make it to whichever showroom that is, you can pick it up online.

The item is referred to as “new with tags” and described “has original tags and shows no visible signs of wear.” Oh yes, you damn right that it is a fully functional throne, and so, if you bear, you can get it hooked up and actually drop loads into it because, that’s what rich people does, right? 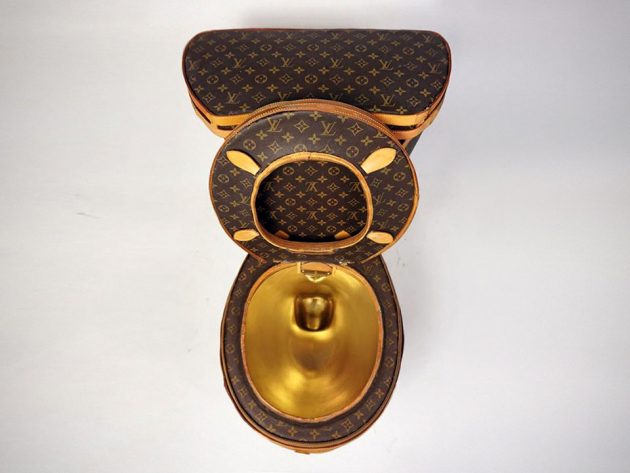 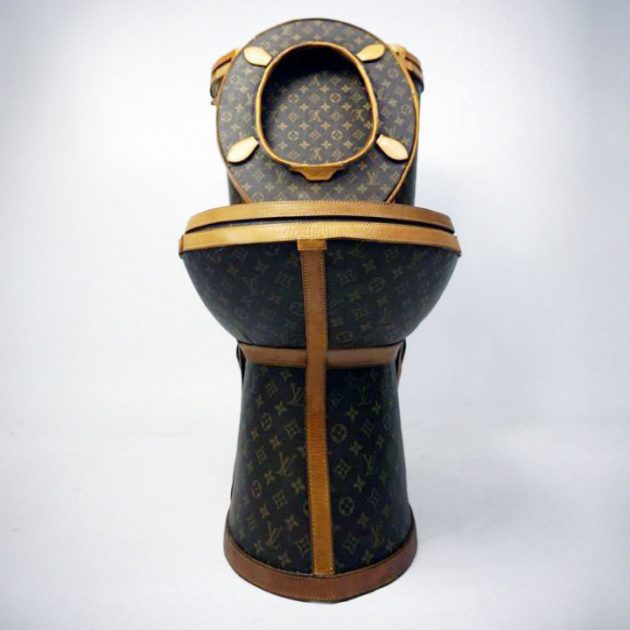