I am not a huge fan of the real football, AKA soccer, and hence, I do not know when the biggest event held quadrennially, FIFA World Cup, started having luxury case to hold and transport the prestigious World Cup trophy. Perhaps, it was 2010, when Louis Vuitton started providing a unique, custom case to store the World Cup presented to the winning team at the end of the event? Really, I do not know. All I know is, what you see here is the third time running the Parisian fashion house has custom a case for the revered trophy. 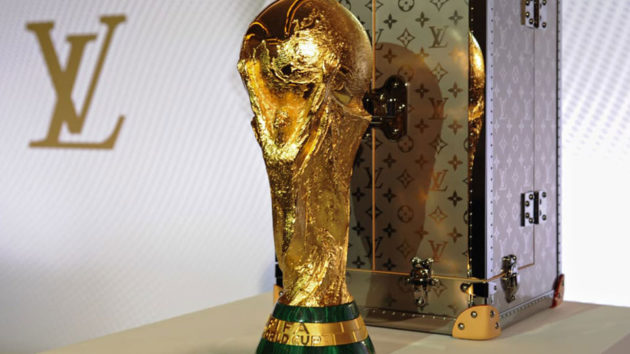 This being a LV product, it is not surprisingly, uber luxurious. The Louis Vuitton 2018 FIFA World Cup Trophy Case features laser-engraved monogram titanium, natural cowhide leather corners, and lock and clasps made of ruthenium. Incidentally, the latter is a rare transition metal that has a special significant to this year’s World Cup. Ruthenium is a chemical element with the symbol Ru, which is a nod to this the 2018 tournament’s host country, Russia. Cool. 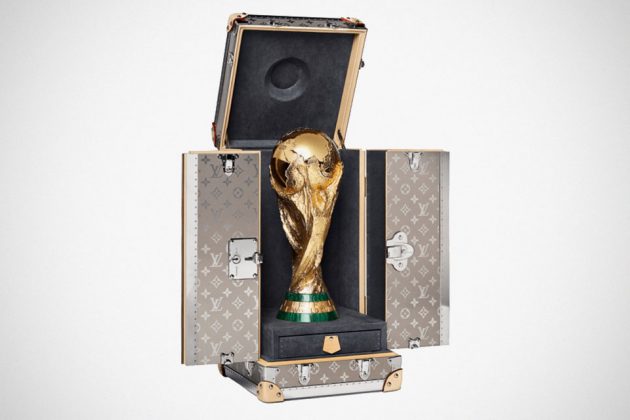 Like the previous tournaments, the case with the World Cup housed in it will be presented at the opening ceremony in June and again, at the final match in July. 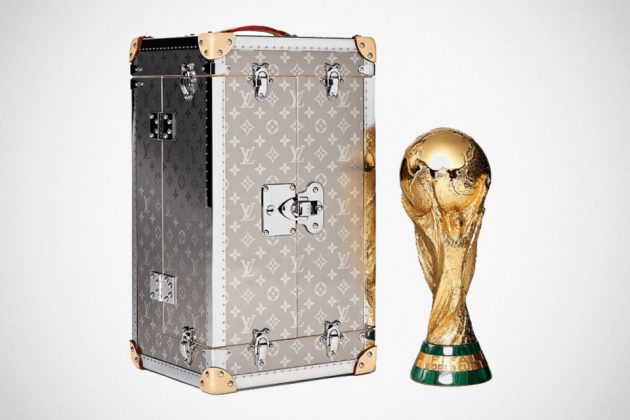 In a related news, Louis Vuitton has joined hands with German sporting equipment maker Adidas to create a FIFA World Cup Official Match Ball Collection Trunk – a monogram canvas trunk that contains 14 footballs, of which 13 are specially-made re-edition Adidas World Cup match balls. The 14th ball is a Louis Vuitton natural cowhide leather football that can be acquired separately. Speaking of which, the FIFA World Cup Official Match Ball Collection Trunk is not quite for sale; instead, it will be placed on the block at a Naked Heart Foundation gala charity event. 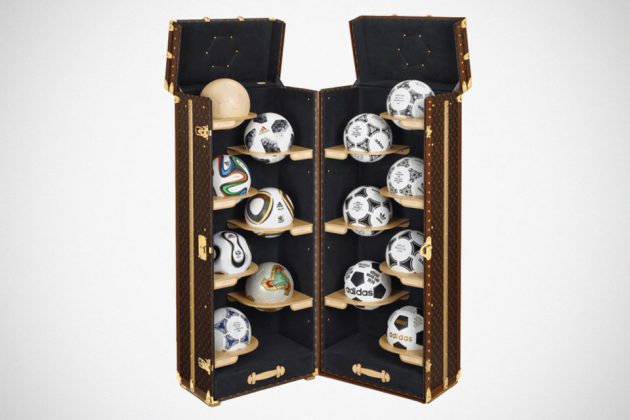 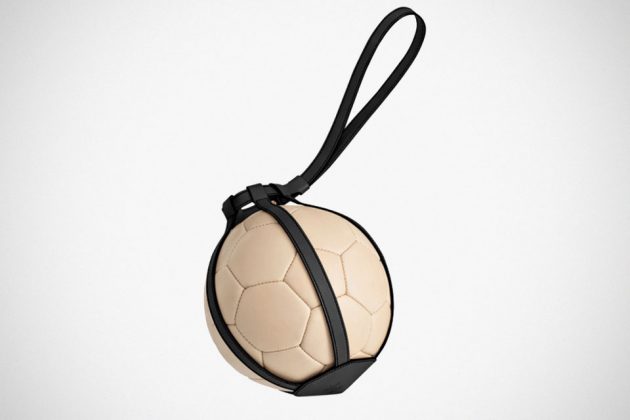 P.S. While I am not into soccer, I do think that the trophy case back from 2014 looks a lot better.