Remember the Hello Kitty-themed Shinkansen? Well, the latest words are, it will be departing starting June 30, 2018. Back in March, we only get a glimpse of the exterior, which kind leaves fans high and dry, but last week, JR West (West Japan Railway Co.) has unveiled what the mouthless cat-themed bullet train’s interior will look like. As reported previously, not the entire train’s interior will be Hello Kitty-themed. A great relief for those who have distaste for kawaii stuff.

Speaking of kawaii, car no. 2 happens to be designated the “Kawaii! Room” where the seats’ headrest and armrests will be decorated with Sanrio’s iconic mouthless cat. In addition, the floor is of pink flooring (presumably carpet) with graphics that represent the cat, while Hello Kitty branding featuring the cartoon character’s ribbon over the windows is flanked by purple side walls and there will be a photo booth for those who wants to have a photo opportunity with the world famous cat.

Meanwhile in car no.1, designated “Hello! Plaza”, is where you can acquire Hello Kitty merchandises and it features Hello Kitty decoration from floor to ceiling. There are a lot of pink in this cabin, so if pink turns you off, you are better off avoiding it altogether. JR West Hello Kitty-themed Shinkansen will shuttle between passengers between Osaka and Fukuoka.

In all, there will be eight 500-series cars getting the Kitty treatment. So, as you can see, there are enough enough Kitty train to go around. If you reside in Japan and are down with Hello Kitty Shinkansen, you may want to check out the departure schedule HERE. And oh, if you did read correctly, these special themed super fast trains will conclude in October. 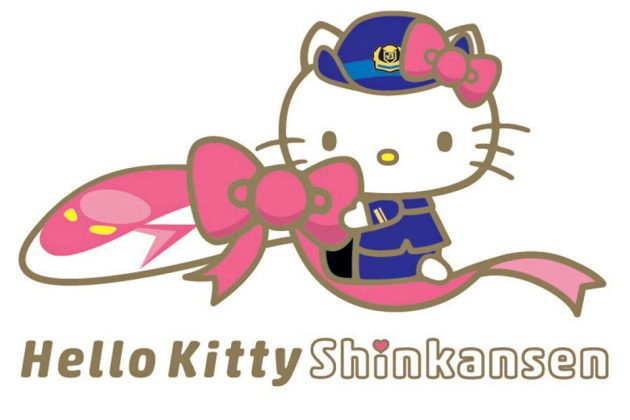 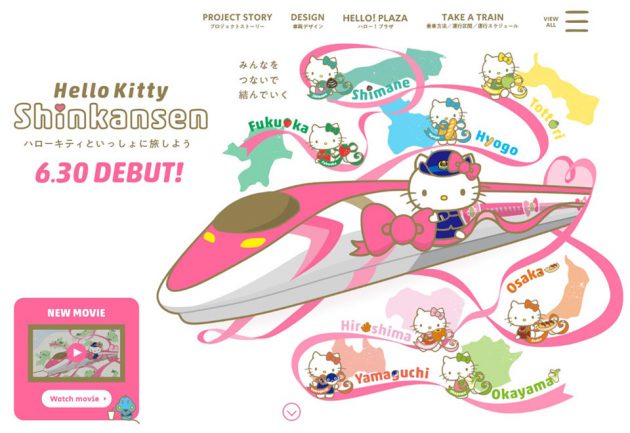