The awesome clickety clack sound when typing on a keyboard is something quickly becoming a thing of the past. I mean, sure, however quiet keyboards are, they will still create a signature noise, but it will never be the same as what the good’ol mechanical keyboard reproduces. That, along with the bold ambition to make the best keyboard in the world, lead to the birth of WhiteFox keyboard. The brainchild of WhiteFox keyboard is keyboard designer Matteo Spinelli who, with the help of Input Club, brought WhiteFox to life. 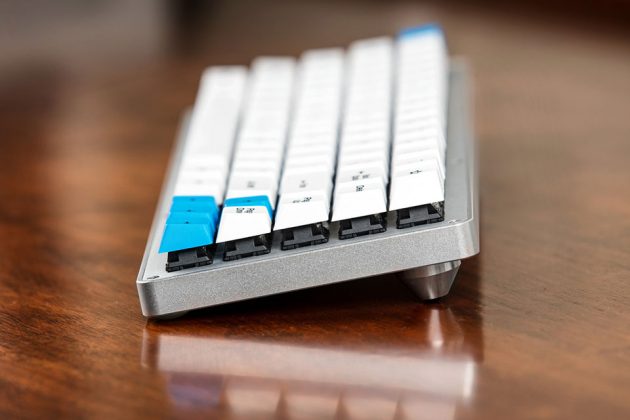 Originally, WhiteFox was as a rudimentary DIY build kit which was met with extremely warm reception from the community when it was introduced some years ago and today, Input Club is making WhiteFox keyboard available as a fully-built, fully programmable mechanical keyboard to the world. The new WhiteFox touts a size that’s 65 percent that of a standard keyboard while still packing all the keys you need, including the all-important arrow keys. 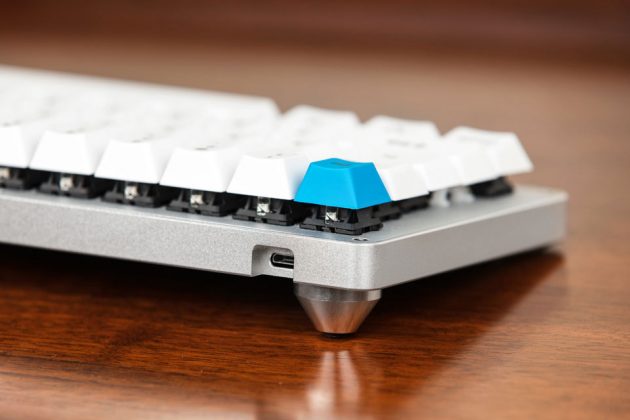 The bespoke keycaps are made of dye sublimated PTV, an engineering material favored by mechanical keyboard enthusiasts for its fade-, dust- and fingerprint-resistant properties, and it has a body milled straight out of a solid block of aircraft-grade aluminum which bestowed it with the necessary weight and also making it aesthetically pleasing. I got to admit. The combination of white plastic, with accents of blue (on Esc and arrow keys), and aluminum finished looks absolutely brilliant. But perhaps more importantly, WhiteFox is about typing experience in which an in-house invented Halo Switches provide users with loud, firm, supple and yet soft clicks. 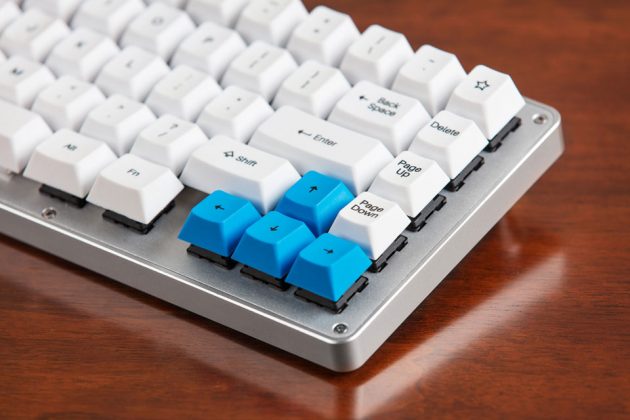 WhiteFox is designed to work with Windows, Linux and Mac OS, and the hardware is completely open-source which means you have the option to develop your own custom designs or aftermarket modifications (either through command line, popular keyboard firmware TMK, or Input Club’s web configurator), so you’d be able to make a keyboard that is truly yours. So why market it on crowdfunding platform now when the product is already available in the market? Well, as mentioned earlier, Input Club now wants WhiteFox accessible to everyone, ready to go, out-of-the-box and so, crowdfunding seems like a logical move to reach out to the world.

Nearly 2,000 backers has brought WhiteFox to life on Kickstarter with the campaign pulling in to the north of 300 grand. Well, the campaign may be over now, but WhiteFox is not. You can still pre-order it on Kono store for $169 a pop. If you are interested to learn, you can catch the product’s Kickstarter pitch video below. 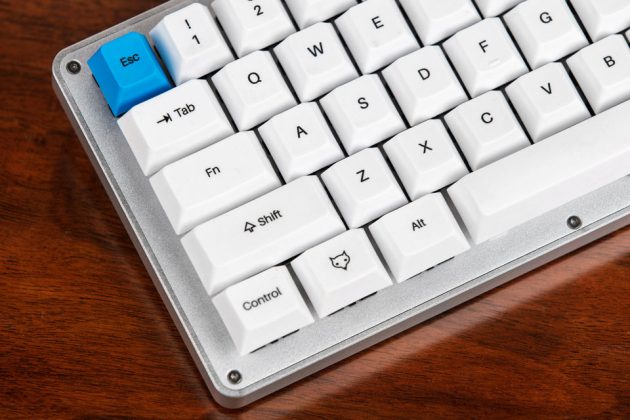