You know cryptocurrency? Well, now meet the food-backed currency from everyone’s favorite fast food chain, McDonald’s. Marking the 50 years of Big Mac, McDonald’s has announced a new global currency called MacCoin in which one MacCoin is equivalent to one Big Mac. Apparently, McDonald’s was inspired by The Economist’s comparison of the global exchange rates with Big Mac. All told, there are five designs, each inspired by each of the 5 decades. 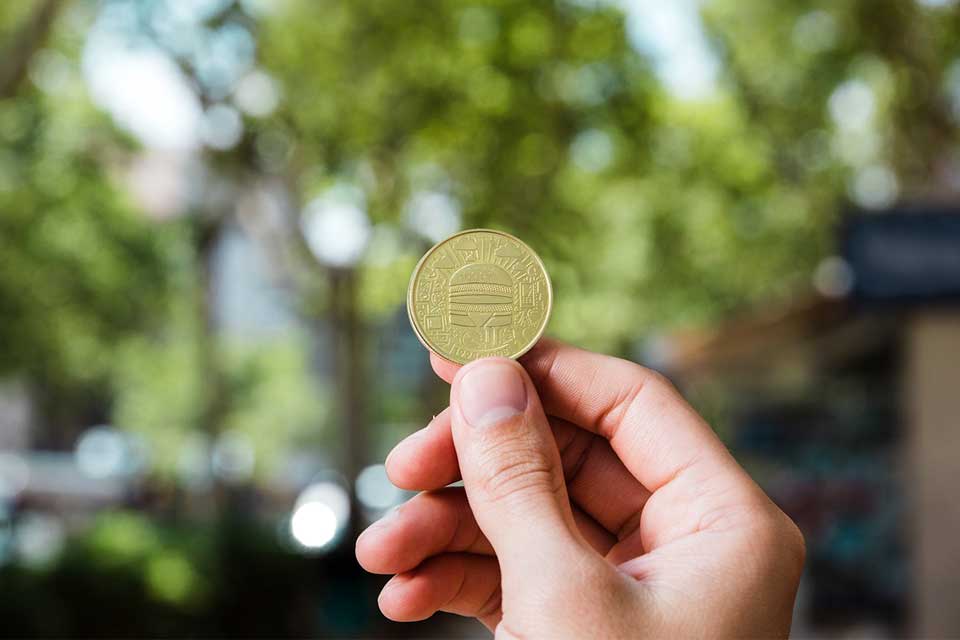 “These commemorative coins feature five unique designs, each representing a decade of the Big Mac. Each MacCoin design pulls in elements from that time in history, nodding to art, music and pop culture, while the front-side of the MacCoin celebrates the 50th anniversary of the Big Mac. The MacCoin highlights the ‘70s, showcasing the decade’s flower power, and the ‘80s alludes to pop art. Bold, abstract shapes defined the ‘90s and translate on the MacCoin design, and the early ‘00s specifically focuses on the technology that was at the forefront of the turn of the century. The ‘10s MacCoin celebrates the past 10 years and calls attention to the evolution of communication. Additionally, the seven languages featured across the various designs represent many of the countries participating: Arabic, English, Indonesian, Mandarin, Portuguese, French and Spanish.”

Since August 2, you can collect your own MacCoins when you buy a Big Mac. MacCoin is, of course, not an official currency registered with any financial organization. It is only valid at participating McDonald’s some 50 countries where upon receiving the coin, you can choose to gift to someone else, collect it, or use it to redeem for a Big Mac. 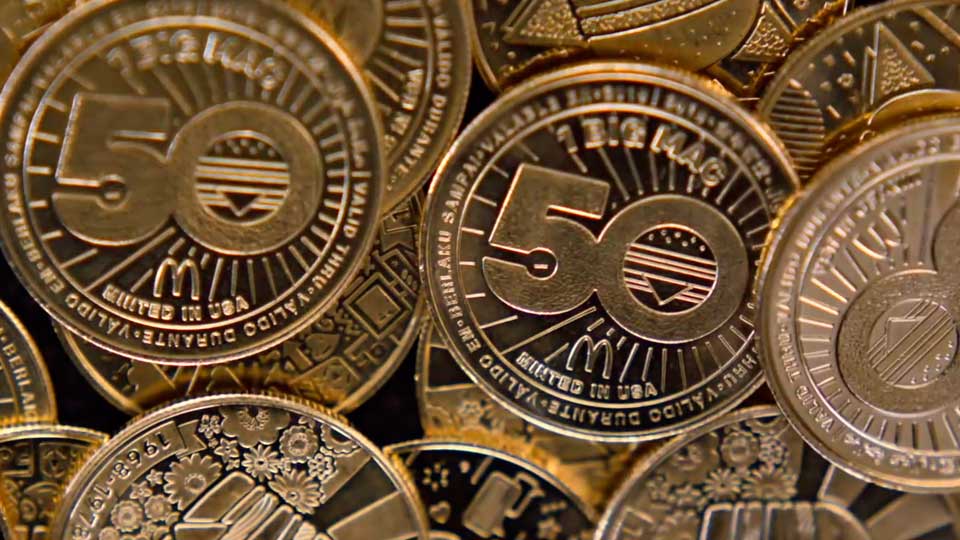 What this means is, if you are traveling and happen to be in a country where the McDonald’s there is part of this MacCoin campaign, you should be able to get yourself a free Big Mac with the coin. Now, that is super cool!

We're celebrating 50 years of Big Mac by creating a global currency—MacCoin—each one worth a free Big Mac around the ?, with 5 collectible designs for 5 legendary decades. Starting August 2, collect your own MacCoins when you buy a Big Mac while supplies last. #BigMac50 pic.twitter.com/xn8Z9GNLSp