Google Pixel 3 announcement is likely to happen after Apple’s unveiling of its three new handsets, but already, the hype is drumming up. Just a couple of days ago, well-known tipster Ben Geskin posted on Twitter, four new images of the purported Google Pixel 3 that leaves little to imagination. This is not the first of the so called leaked images, but unlike the previous ‘leak’ we saw, which appeared to be rendered images, this new set of images were hands-on images. 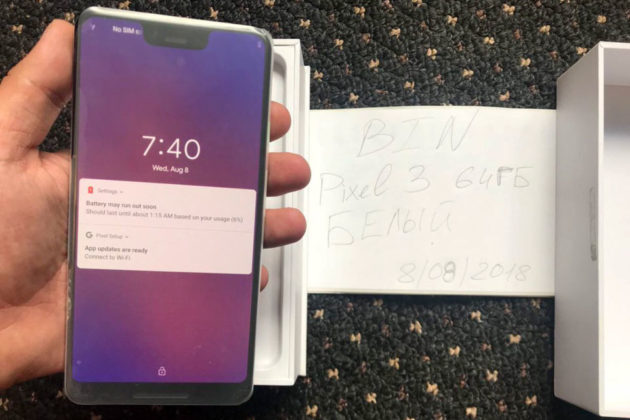 It appeared to be the real product in someone’s hands. The images showed you the frontal view the back, and the accessories that will come with the handset. From the image, it looks like in addition to the usual USB-C cable, the micro USB-to-USB C adapter (AKA Quick Switch Adapter), and the audio adapter for 3.5 mm plugs, there is a pair of Google-branded in-ear headphones in there. Interesting. As for the device itself, it is pretty much what you have expect so far. 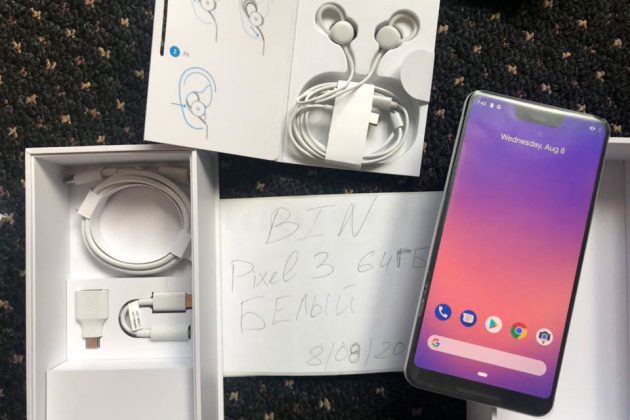 As you can see, the notch is in the order and despite it having the fingerprint sensor around the back, it still has quite a substantial amount of ‘chin’. The back is where you find the lone camera which Google insisted on going with despite the on-going trend of multi-camera setup, as well as the fingerprint sensor and a minimalist Google branding. Google is sticking with the duo finish design language it has adopted since the first Google Pixel handset, but from what we can see, it is more subtle now.

It does not appear to have elevation differences between the two finishes and the top, glossy finish seems to extend all the way around by the sides. Interesting design touch there. Assuming this is the real deal (which it probably is), I’d be wary still. I recall how the Google Pixel 2 looks awesome… on pictures. But when I held it in my gorilla hand, it just feel off. Very off (OK, it is CHUNKY). I am not a Google fanatics and so, I dare say my I am just on my take.

This is Google Pixel 3