These days, the tech world is all about absurd tech which we suspect are solely with the aim of making tech watchers’ jaw drop. These gadgets go beyond ‘wow’; they will make you go like “no shit, are they serious?, or maybe just “no freaking way!” So far, we have witnessed a ginormous 21-inch laptop with curved screen, a refrigerator that lets you see what’s inside without opening, a flash drive that packs 2TB, a laptop that packs three monitors et cetera, but those are just the tip of the iceberg. There are more and DELL is responsible for a couple too, including an eye-watering 32-inch 8K monitor (8K!) and a 27-inch QHD Smart Workspace, the world’s first smart workspace that pretty much negates the need for a mouse or even a keyboard.

Along with these two drool worthy tech products, DELL also dished out what the company claims as the world’s smallest 13-inch 2-in-1 with InfinityEdge screen, XPS and Precision All-In-Ones with “best sound” in the AIO market, “the most powerful” VR-ready mobile workstation, DELL Precision 7720, and the world’s first wireless charging 2-in-1. Seriously, DELL has kicked off 2017 rather aggressively and it is probably in its most aggressive since going private. Here’s a quick rundown of what DELL had installed for the world this year: 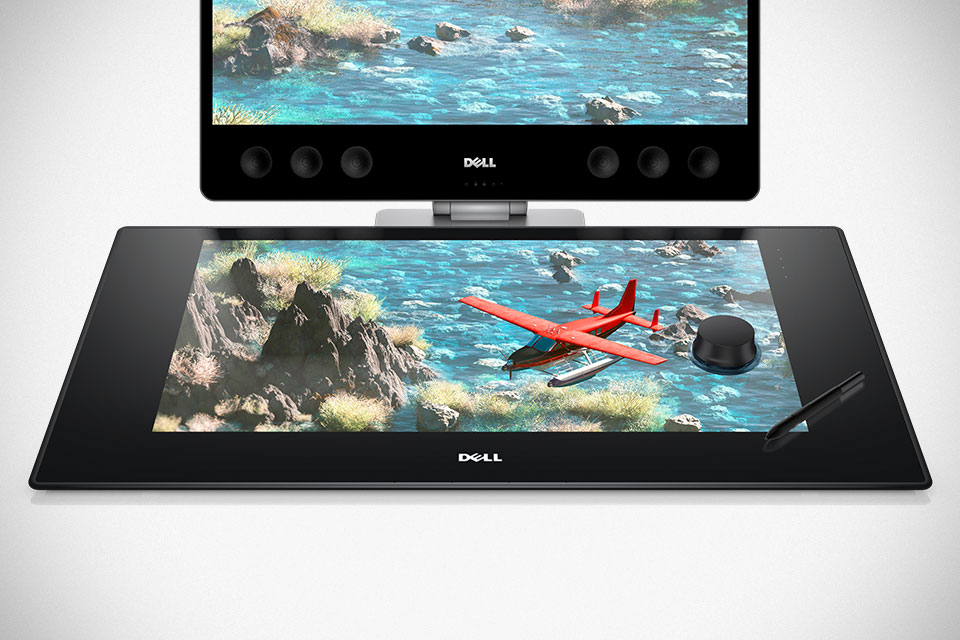 In a way, Canvas is like Microsoft Surface Studio and in another, it is not quite, or to be specific, maybe it is way more. It works with a pen and a dial (much like Surface Studio, if you can recall), but instead of being a computer by itself, it serves as a peripheral where its expansive 27-inch QHD touch-enabled display is a workspace to enable to work on stuff like Photoshop, Autodesk and more. In another word, DELL Canvas is, well, a canvas where creative folks, engineers and the likes can work on their projects like they would naturally on a drafting table. And it is no pipe dream either; DELL Canvas is due for sale beginning March 30 in the U.S., starting at $1,799. 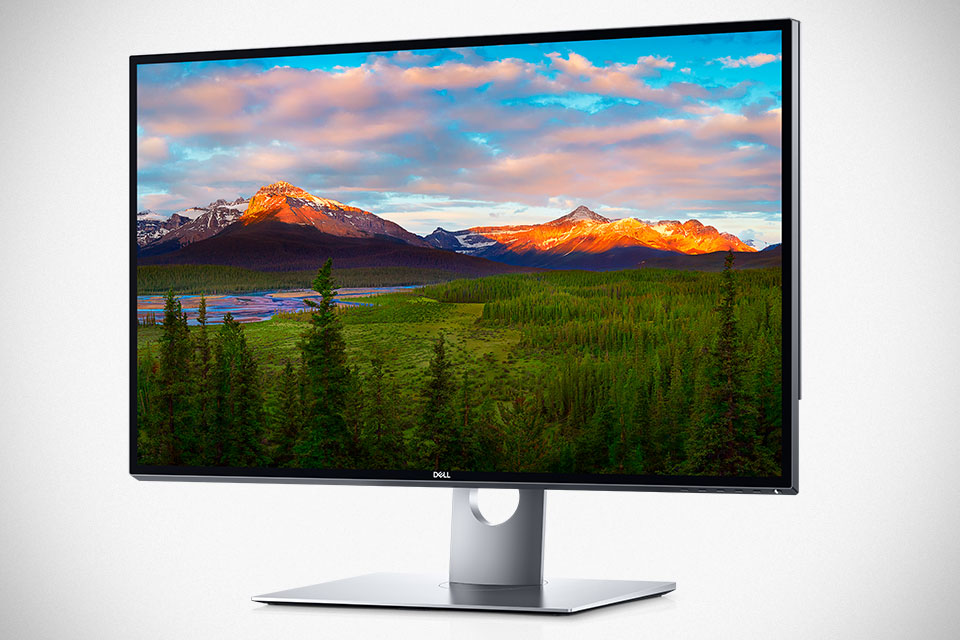 Forget about 4K cos’ 8K is upon us and this time, it is DELL who planted the flag as the first. Boasting an expansive 32-inch screen real estate DELL UltraSharp 32 Ultra HD 8K Monitor packs a mind-boggling 33.2MP of resolution and offers an insane 1 billion colors, along with promised of 100 percent Adobe RGB and sRGB color gamut that will surely put big, wide smile on creatives’ faces. To put things in perspective, DELL 32-inch 8K monitors is equivalent to four 4K monitors. The resolution offered is so insane that you will be too spell-bound to even recall that this thing is a 8K monitor. And the skinny bezel there? That just only serves to sweeten the deal further.

But do we really need 8K monitors? I don’t know. Perhaps a check on the price would help. Oh, wait. It costs how much? From $4,999. So, ok. Maybe, no. We can probably live without it for now and besides, you will be hard pressed to find a graphics setup that will get the most out of your 5K (as in money) investment. Maybe the DELL 27 Ultrathin Monitor with InfinityEdge display, or the DELL 24 and 27 InfinityEdge Monitors, which were announced at the same time, are good enough for most folks. One thing for sure, $289.99 and $379.99, which the 24- and 27-inch InfinityEdge monitors cost, are way more affordable. Hell, even the asking price of $699.99 of the 27-inch Ultrathin seems a lot tamer. To be fair, those aren’t 8K, but still… 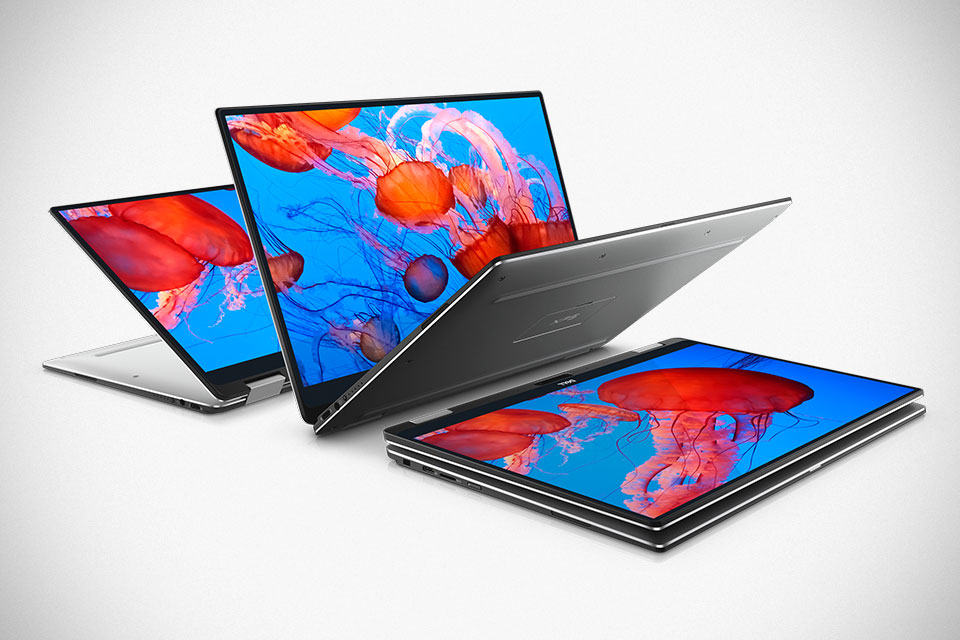 XPS has a new family member, DELL XPS 13 2-in-1. A convertible, it is the smallest 13-inch 2-in-1 in the world which offers 360-degree adjustability bestowed by a hinge, thus allowing you to use it as tablet, a laptop, or at multiple angle. Despite its diminutive stature, XPS 13 2-in-1 still packs a battery pack that’s good for up to 15 hours and comes outfitted with a QHD+ InfinityEdge touch display – a first in a 2-in-1. It should run dead silent – thanks to a fan-less design and a quick-booting SSD. Depending on your need, XPS 13 2-in-1 may be configured with the 7th-generation Intel Core vPro processors and DELL BIOS and manageability software. XPS 13 2-in-1 will be available starting January 5, exclusively on Dell.com, as well as Best Buy in the U.S., priced at $999.99 and up. 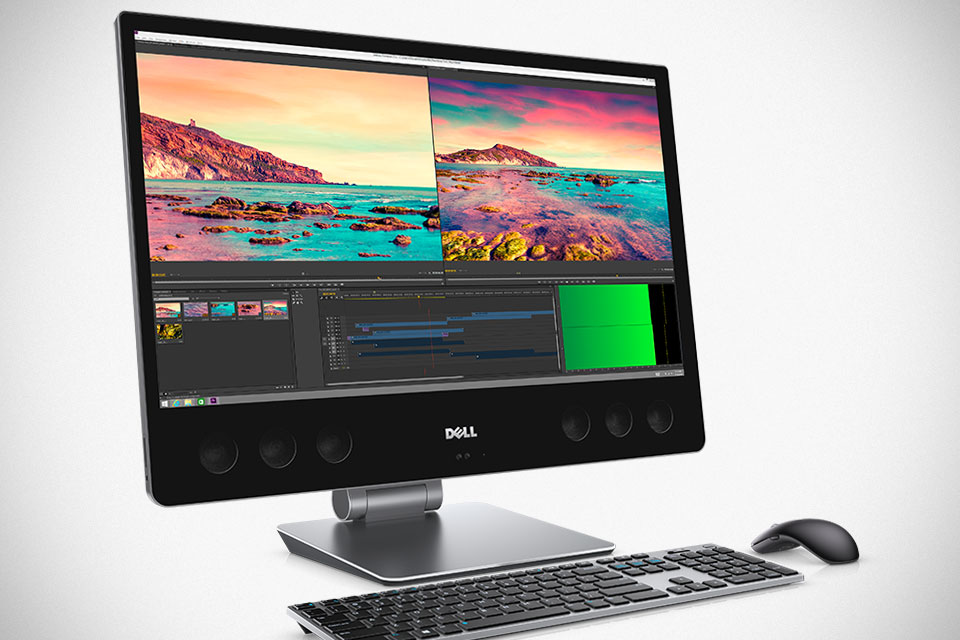 With the believe of audio experience shouldn’t be an afterthought on AIO PC, DELL set to create one that gives thought to audio as part of the overall design and build. Co-created with Grammy award winning producer and director of creative innovation at Waves Audio, Jack Joseph Puig, the new XPS 27 AIO along with its business sibling, Precision AIO, promised built-in audio quality that rivals that of a sound bar. Audio prowess is delivered through 10 speakers, each with 50W on-the-tap, while a gorgeous 4K Ultra HD edge-to-edge offering 100 percent Adobe RGB color gamut mesmerises your visual sense. DELL XPS 27 AIO is available since January 5, starting at 1,499.99 and the Precision AIO will be available April 6, priced at $1,599 and up. 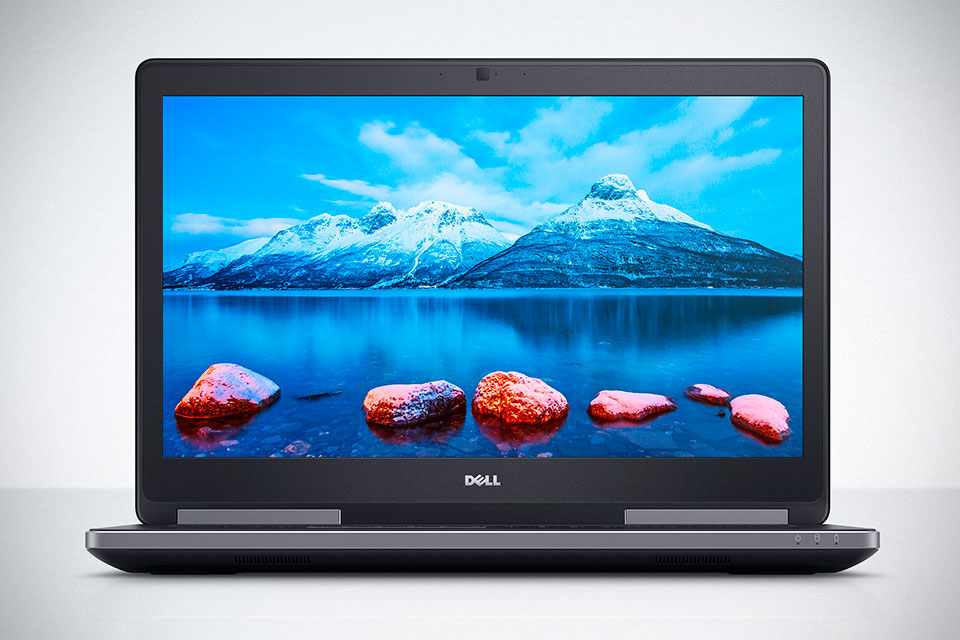 VR is all the rage now and while many dives in swiftly to develop and peddle VR headsets, VR-capable laptops and other all things VR peripherals, DELL jumps in at a different angle: providing the hardware, i.e. a workstation, designed specially for VR content creations. Understanding the power demanded by VR content makers, DELL packed in the 7720 Mobile Workstation with the latest 7th-generation Intel Core and Intel Xeon processor, along NVIDIA Pascal Quadro professional graphics, to enable creators to develop VR content from anywhere they chose. Perhaps the best part about this VR content creating rig is in its price. The DELL 7720 Mobile Workstation is anticipated to be available starting February 28 on DELL.com in the U.S. with an asking price of $1,699 or more. 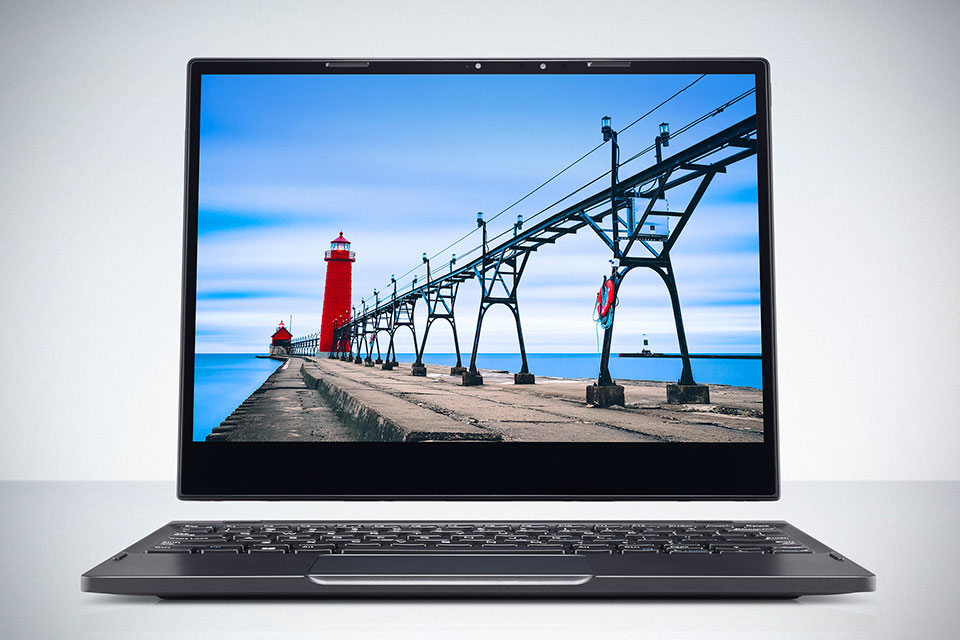 Laptop is probably one of the best thing to happen to computer. It saves you the hassle of acquiring a UPS and thanks to wireless connectivity technology like WiFi and Bluetooth, laptops have pretty much been wireless except for one quirk: it has to be charged by cable eventually and now, that does not quite make it a true wireless device, does it? However, soon, a true wireless laptop will be realized and if DELL has its way, the 12-inch Latitude 7285 2-in-1 will be the world’s first. Arriving later this year, Latitude 7285 leverages on WiTricity magnetic resonance wireless charging technology to allow it to be charged simply by placing it on a charging mat.

Additionally, a WiGig wireless dock enables the Latitude 7285 to be removed without the need to disengaging any wires. The wireless charging solution found on the Latitude 7285 along with the charging mat and WiGig wireless dock makes for a true wireless mobile computing experience. Now, folks, that’s how a laptop should be in 2017 and beyond, and we are not going to lie, we are grateful that DELL has taken upon itself in moving towards this direction. Hmmm, whatever is the innovations in certain Cupertino-based company, huh?

So, there you have it, a few highlights of what DELL has to offer in 2017. As a tech head, it is needless to say I am more than thrilled by the developments. To be honest, I am not too big of a fan of DELL, but the organization’s willingness to innovate as opposed to replicate the success of others has kind of win me over. If the fruity company don’t as much innovation like it did, I am afraid, folks like me will rather suffer through Windows and get back to hardware from companies who truly care about innovations. Also, removing a feature that has been proven is hardly innovation, let alone courage. If anything, it is an unnecessary inconvenience. You hear me, Tim?