Remember the monstrosity from Acer announced last September? You know, that enormous 21-inch monster laptop that has a curved display? Yeah, that one. Well, it has a price now, but before we let you on that, we sure hope you have been saving every penny you have earned so far and also, make sure you are firmly seated. Ready? Ok, here goes. The Acer Predator 21 X, as it is called, will be available in North America this February, starting at, wait for it… a cool $8,999. Are you right there? Still seated, I hope cos’ I am pretty sure Acer just your mind away with this unreal price tag – all for a freaking laptop. Hell, it is not even a desktop and at 9 grand, you could gotten yourself a used car, or maybe a big-ass 4K TV, along with a decent soundbar to boot. 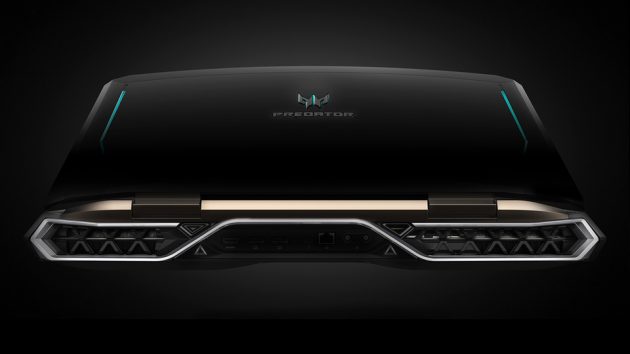 But no. Nine thousand bucks will only get you an unit of the world’s first laptop that touts a massive curved 21-inch IPS display with 2,560 x 1,080 resolution (nope. Not 4K). You will also get Windows 10 and along with the other much touted feature, Tobii eye-tracking technology. Under the hood, you will find the 7th Generation Intel Core i7 processor, dual NVIDIA GeForce GTX 1080 graphics in SLI, NVIDIA G-SYNC technology, 64GB DDR4-2400 RAM, up to four 512GB SSD in RAID 0 configuration, a 7,200RPM 1TB HDD, Killer DoubleShot Pro, Thunderbolt 3, and no less than five cooling fans and nine heat pipes – just to name a few. 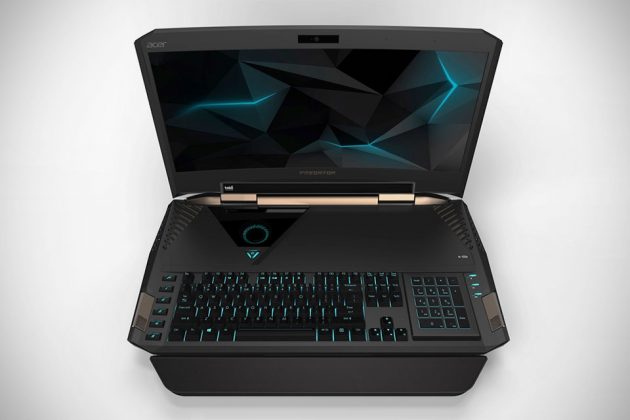 A few other notables include Acer DustDefender that removes dust build-up and promotes heat dissipation, an app that lets you tweak the airflow, a new 3-way 4-speaker audio system, and finally, a full-sized mechanical keyboard that boasts Cherry MX Brown switches, individually programmable backlit keys, and swappable WASD keys. For the hefty price tag, you will also get a custom ultra-durable hardshell carrying case to protect your investment when you need to move it around. And did we mention that you can add a design, flag and laser engraved name to the laptop’s maintenance panel? Yeah, that’s another one of the lesser known ‘perks’.

We cannot deny that Acer Predator 21 X has all the best tech you could stuff into a laptop at this point in time and but $9,000 is still rather ludicrous. 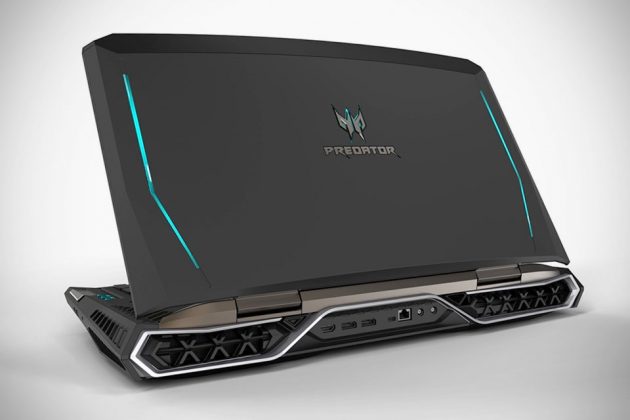 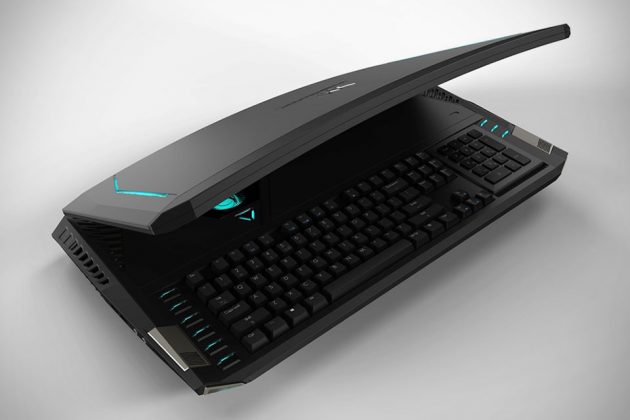