If the last viral leak is to believe, all three devices will sport the notch made famous by the Cupertino tech giant. Though the notch is not quite apparently on these dummies since the screen can’t be turned on. So, go head and have a look a the enormous 6.5-inch OLED display-equipped iPhone and ‘smaller’ 6.1-inch LCD display iPhone in the video. In the past, leaks can be dismissed as misinformation, but given the recent years’ track record, every leak seems to be pretty legit and so, we think that these dummy devices might just be the real deal. 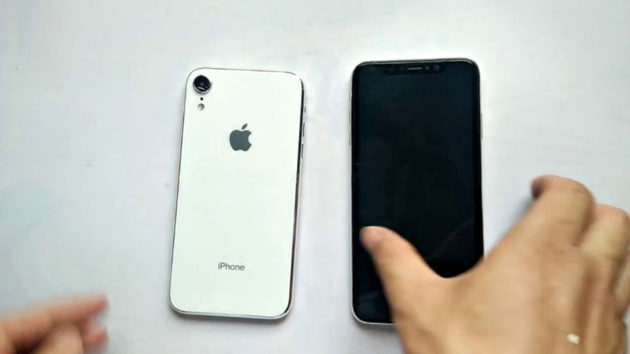 Design aspect, there is nothing shocking or groundbreaking, at least it appears to have none as far as we can see. Anyways, we shall not say much since what you need to know is already out there. But before you savor the videos, all I have to say is, Apple seems to lose steam in the design innovation. Then again, phones in general are like automobiles, they all look pretty much the same. All handsets maker can compete are specifications, namely processor and its features, and cameras.

Speaking of processor, virtually every handset makers, with the exception of Apple, Huawei and a handful, are using pretty much the same chip on their flagships and therefore, there is hardly anything refreshing at all. Apple is slated to reveal the three new iPhones for 2018 sometime in early September which slightly over a month’s time. In between now and then, I won’t be surprise to see even more ‘solid’ leaks.