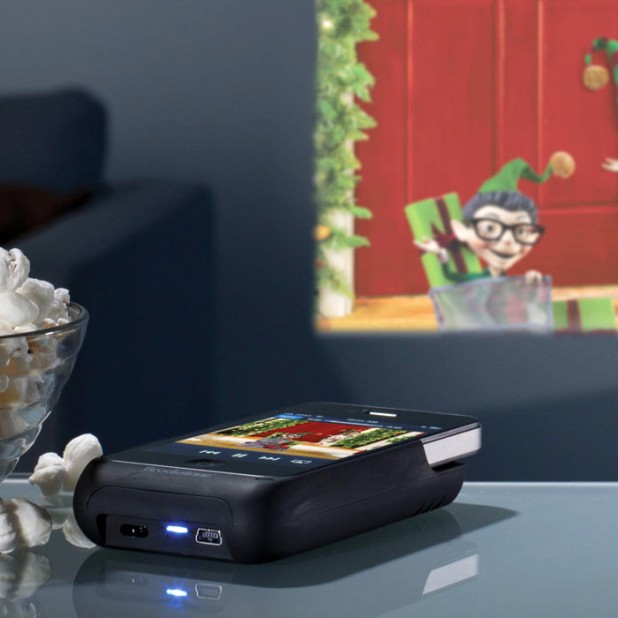 even if your iPhone can do lots of wonder, if you can’t share it, it would pretty much useless. sure, we can hook it up to the big screen but sometimes, that big flat screen can be quite elusive when you needed one. hence, a gadget accessory like the iPhone Pocket Projector might just be a handy solution. developed by Brookstone in conjunction with Texas Instruments, this nifty accessory integrates Texas Instruments’ DLP Pico Projector technology to project up to 50-inch (diagonally, of course) onto any flat, white surface with a resolution of 640 x 360 pixels. though its resolution is hardly something to shout about but at least, you know you will have a big screen as and when you need it. another notable feature is its built-in rechargeable 2100 mAh battery pack, that when fully charged, doubles as your iPhone 4/4S backup battery. projector-wise, it features focus adjustment for clarity adjustment and a 0.5W built-in speaker offers audio reproduction. we are not sure if the world of iPhone users really need such a projector, especially when its projected resolution don’t quite justify the beautiful iPhone display. in case you fell for one, you probably would like to know that it will set you back at $229.99 a pop. ouch. a couple of larger views and a product intro video after the break.